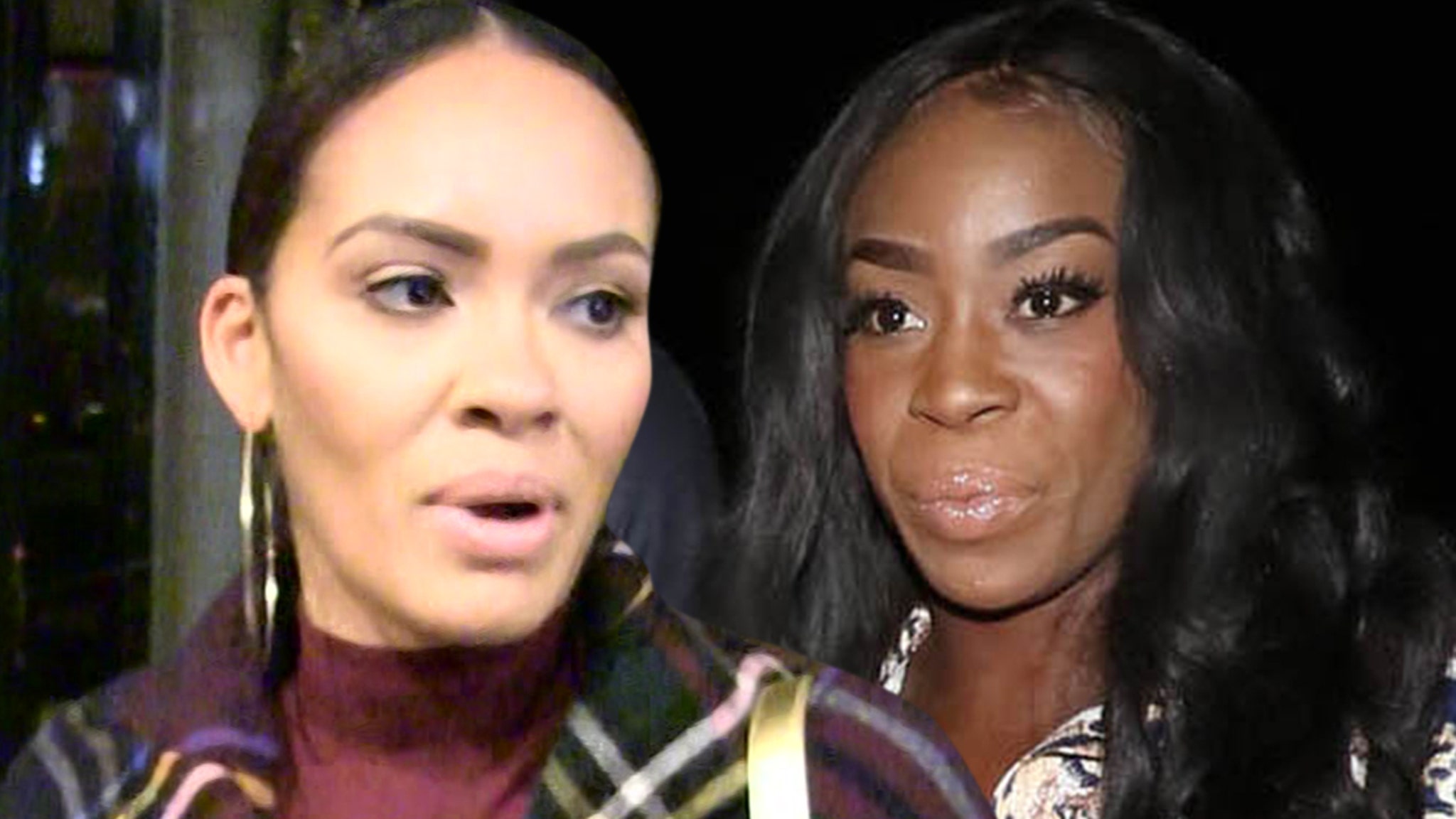 Evelyn Lozada has beelined it to court asking for a restraining order against “Basketball Wives” costar OG Chijindu.

Evelyn’s filed legal docs asking for OG to stay away from her in light of all their beef over the last few months. A judge has yet to rule on Evelyn’s request for a restraining order. Evelyn’s been down this road before back in September … following a meltdown on the show’s reunion.

As we first reported … Evelyn sued OG claiming she’s called her a racist bigot on social media ever since Evelyn posted a cryptic message back in September.

OG’s allegations came after Evelyn posted on her Instagram story, saying, “Nobody watches you harder than the people that can’t stand you.” The post included a picture of a laughing orangutan. OG took offense to this and clapped back with a repost of her own that read, “Wow so now black women are monkeys. Everyone boycott this trash box you are disgusting.” The post didn’t appear to tag or mention anyone.

AND THERE iT iS..
SHOW YOUR TRUE COLORS YOU RACiST BiGOT..

OG also talked trash on Twitter: “And there it is..show your true colors you racist bigot. You called Cece ‘Ling Ling’ Jackie a ‘cockroach’ & now me a ‘monkey.'”

Evelyn says the racist labeling is completely uncalled for … suing for defamation and infliction of emotional distress.

Chicago PD Season 7 Episode 12 Review: The Devil You Know
Arrow Star Opens Up About Panic Attack He Had After The Show Ended
Black Lightning Season 3 Episode 10 Review: Blessings and Curses Reborn
Watch Arrow Online: Season 8 Episode 9
The Best Facial Oils and How to Use Them