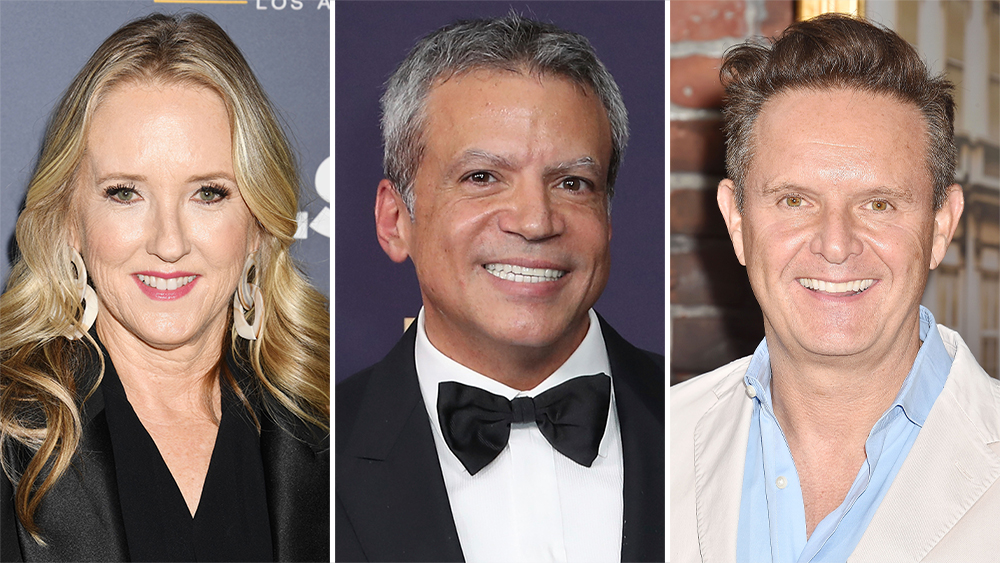 With the $8.75 billion Amazon–MGM deal wrapped, the question around Hollywood now is who will run it and whether MGM execs will cash big checks and head for the exits.

The acquisition announced morning will give the tech giant a vast library to feed its Prime Video streaming service, which is a motor for Amazon Prime.

The e-commerce giant’s CEO Jeff Bezos, during his company’s annual meeting today, alluded to Amazon Studios management and MGM management working together “to reimagine MGM’s IP for the 21st century.” But who and how is still to be announced, raising question about the role of Amazon Studios’ chief Jennifer Salke, Mark Burnett, chairman of the MGM Worldwide Television Group, and MGM Motion Picture Group chairman Michael De Luca, among others.

There’s also speculation that Kevin Ulrich, MGM chairman and investor through his Anchorage Capital, may take his cash and start another media venture. The fund manager enjoyed Hollywood and held onto his MGM position for a decade before emerging triumphant with a surprisingly high pricetag.

Industry players wonder how Salke will mix with Burnett. They worked together on The Voice when she was running NBC Entertainment but this is very different — she’s the incumbent and well liked by the Amazon higher-ups, and Burnett has a reputation of being a steamroller. So that will be interesting.

Salke comes from a TV executive background. Amazon’s movie division has been slow to embrace originals — a reason the tech giant may hope to place De Luca there. Some in Hollywood even envisioned a head-to-head matchup with Netflix’ Original Films boss Scott Stuber.

De Luca’s strong talent relationships have drawn the likes of Darren Aronofsky and Paul Thomas Anderson to the MGM fold. His team – he brought in Pam Abdy as Motion Picture Group president a year ago – is aggressive and has been a player in auctions for star packages and lit properties.

However, some industry sources wonder if De Luca would thrive inside a tech behemoth, or whether he would be interested in reporting to Salke or others. He has had a rather free rein at MGM as he was empowered to spend even as everyone knew MGM was going to be sold, but that autonomy may be clipped under Amazon, where content spending may be more about analytics and less about gut choices. De Luca had already felt constrained at studios like Sony and DreamWorks, they noted.

One industryite thinks is “probable” that most of the top MGM execs depart. “Amazon is a different and often difficult culture. And do the execs want tech execs approving big decisions? That’s the way the creative division of Amazon currently works. There will probably be a few layers of Amazon management between them and the top of the company.”

Jeff Blackburn, a longtime Amazon exec, returned to the company earlier this month after a brief hiatus as senior vice president of a new Global Media & Entertainment division. In the new role, he’ll oversee Prime Video and Amazon Studios, as well as Amazon’s music, podcast and gaming businesses.

De Luca may have accepted the post knowing MGM was for sale so may have come in to beef it up ahead of that. “It’s difficult to imagine him staying,” said the industry source. He thinks Burnett is also unlikely to make the move to the merged studio.

MGM’s library is the big draw for Amazon, according to Bezos. It has more than 4,000 films and 17,000 hours of television. Will it be the charm for Bezos that it was for Ted Turner? The media mogul was thought to have made a foolish deal back in the ’80s when he acquired MGM and used the library of 2000 pre-1986 titles and movie classics to fuel Turner Classic Movies and his other networks with classics like The Wizard of Oz and Gone With The Wind.

If MGM execs like De Luca stay, there’s every reason to imagine that Amazon will have the stomach for the high cost of creating content that was a shock to the system for debt-heavy AT&T. That was cited as a big reason the telecom giant last week announced plans to unload WarnerMedia and merge it with Discovery, after owning it for only three years.

MGM under De Luca quickly became a hungry buyer on the film front, often competing with — and sometimes getting outgunned by — deep-pocketed streamers. But it won in a hotly contested seven figure deal the screen rights for Project Hail Mary, the sci-fi novel by The Martian author Andy Weir, that Ryan Gosling will star in and produce with Ken Kao, and which Phil Lord and Christopher Miller are going to direct. The studio also bought North American rights to distribute Dog, a film to star Channing Tatum, who will co-direct with longtime creative partner, Reid Carolin. MGM inked a first look deal with Tatum’s company.

MGM’s slate includes the Creed sequel directed by and starring Michael B Jordan, a beachhead talent at Amazon whose Outlier Society has also been developing the Thomas Crown Affair remake at MGM. The studio is also bringing back the classic animated character Pink Panther and has set Sonic the Hedgehog’s Jeff Fowler to direct a new live-action/CGI hybrid feature film centered on the iconic cat with Chris Bremner writing.

At Amazon, meanwhile, the film division’s biggest deals have been acquisitions of finished films that include Without Remorse and upcoming The Tomorrow War with Chris Pratt, a  $200 million-deal with a July 4 release deal. They acquired Coming 2 America from Paramount and Borat Subsequent Moviefilm from Universal, both shaking loose from those studios because the pandemic killed theatrical release last year.

Amazon’s feature division is headed by co-presidents Julie Rapaport and Matt Newman, considered solid young execs, who report to Salke. Their division has the expensively acquired upcoming Rihanna documentary and the Mary J. Blige film My Life. They wrapped the Aaron Sorkin scripted and directed Being the Ricardos with Nicole Kidman and Javier Bardem.

Amazon Studios also has the forthcoming George Clooney-directed adaptation of The Tender Bar based on the memoir by Pulitzer Prize-winning writer J.R. Moehringer.

Salke and film team made a splash a few years ago at Sundance, shelling out $50 million on films including Brittany Runs A Marathon and Late Night that weren’t huge box office hits but which Salke said were crowd pleasers on Amazon Prime and therefore worth the investment. This kept Amazon in the prestige lane it occupied with previous Sundance acquisitions like Manchester by the Sea and The Big Sick. But Amazon has evolved its film executive team away from arthouse vets and this deal might have it chasing much larger budget, mainstream films to match the ambitions of Amazon’s TV business, which has committed to spend $465 million on just one season of The Lord of the Rings series, adding to such big-scope series as Underground Railroad, Jack Ryan, The Boys and others.

On the TV side, the deal may also raise questions about the future of premium channel Epix.

The merger will bring under one roof Amazon Studios, which produces exclusively for Amazon’s Prime Video and IMDb TV, and MGM Television, which produces for sister network Epix but also serves as a third-party supplier of series such as The Handmaid’s Tale (Hulu), Fargo (FX) and Vikings: Valhalla (Netflix). Its unscripted slate is led by The Voice, and the indie studio also has an extensive TV library that could be mined by Amazon featuring such titles as thirtysomething.