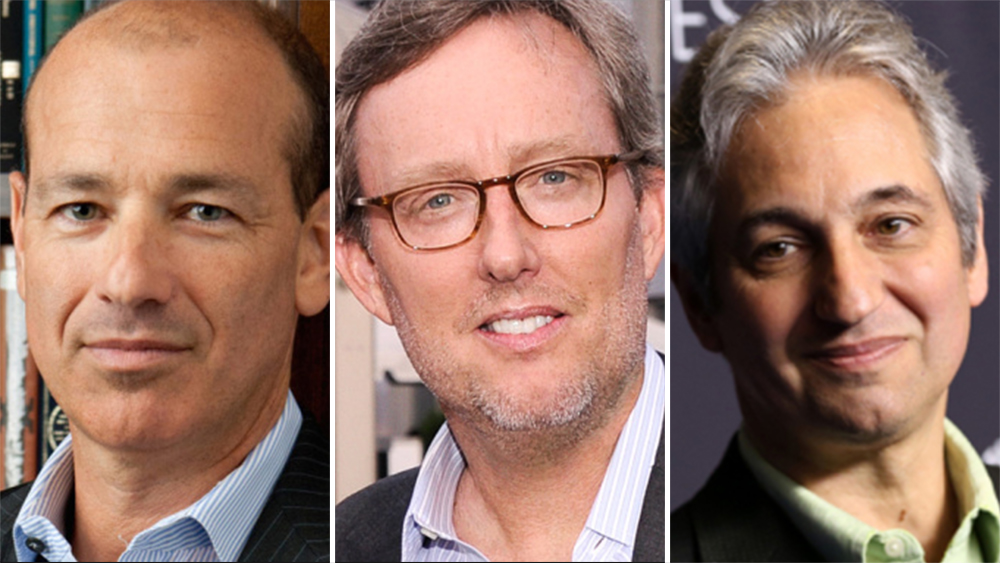 Fox has given a straight-to-series order to anthology drama Accused, based on the International Emmy-winning British series. The project comes from key creative auspices behind Fox’s two biggest drama series of the last two decades, 24 executive producers Howard Gordon and Alex Gansa and House creator/executive producer David Shore. Sony Pictures TV, where Gordon & Gansa as well as Shore are under overall deals, will co-produce with Fox Entertainment.

This marks the first series order for Gordon and Gansa since they launched a Sony TV-based production company in 2019  with former CBS Entertainment chief Glenn Geller as President. It comes on the heels of Shore, creator, executive producer and showrunner of Sony TV’s hit ABC drama series The Good Doctor, signing a new four-year deal with the studio.

Based on the BBC’s crime anthology, where each episode opens in a courtroom on the accused without knowing their crime or how they ended up on trial, Accused is told from the defendant’s point of view. In the Fox version, which is keeping the original’s anthology format, viewers discover how an ordinary person got caught up in an extraordinary situation, ultimately revealing how one wrong turn leads to another, until it’s too late to turn back.

“Accused is about crime and punishment, but it’s definitely not a procedural,” Gordon and Gansa said. “For years we’ve been living on the seismically-active fault lines of race, gender, income inequality, social-media FOMO and fake news. Accused is our chance to work through and hold up a mirror to the interesting times we’re living in right now, with characters that break your heart. There’s nothing more pressure-filled and character defining than someone who commits a crime.”

This is the third straight-to-series drama order at Fox over the past month and a half. The network also picked up Our Kind Of People and Monarch. They were developed through the Fox’s recently adopted model of opening a writers room on shows in straight-to-series consideration.

Fox employed a version of the script-to-scripted model for Accused, handing the project a multi-script order in January, with Gordon, Gansa and their staff spending several months to write them. The scripts were very well received, and Fox gave the project a straight-to-series order.

“We are beyond thrilled to welcome Howard, Alex and David back to Fox – and on the same team, no less,” said Michael Thorn, President of Entertainment, Fox Entertainment. “Not only are they incredible writers, creators and producers, but working together on this rich and compelling source material promises something truly special. It’s safe to say that we, along with our valued partners at Sony, are excited for what has all the makings of a signature Fox series.”

This is the second straight-to-series order at Fox for Sony Pictures TV this season; the indie studio also has the Fantasy Island reboot for this coming summer.

“We take great pride in Fox’s legacy of bold risk taking and inventive storytelling,” said Fox Entertainment CEO Charlie Collier. “Howard, Alex and David are an important part of that history and working with them on Accused takes us back to our roots, literally. They are tremendous artists responsible for some of the most important and beloved series ever on television, and it’s a joy to once again bet on their creative brilliance.”

Shore originally set out to adapt Accused for Sony TV three years ago. The project was set up at Paramount Network in July 2018 with a three-script order to be produced by a mini writers room for straight-to-series consideration.

Accused ultimately did not go to series at the ViacomCBS cable network. And after Gordon and Gansa set up shop at Sony TV in 2019, the duo joined the project. With Shore busy running The Good Doctor, which he created based on a Korean format, Gordon and Gansa, who adapted the Israeli series Prisoners of War into Showtime’s Emmy-winning Homeland, took lead as writers/showrunners of Accused, which was sold to Fox in late 2020.