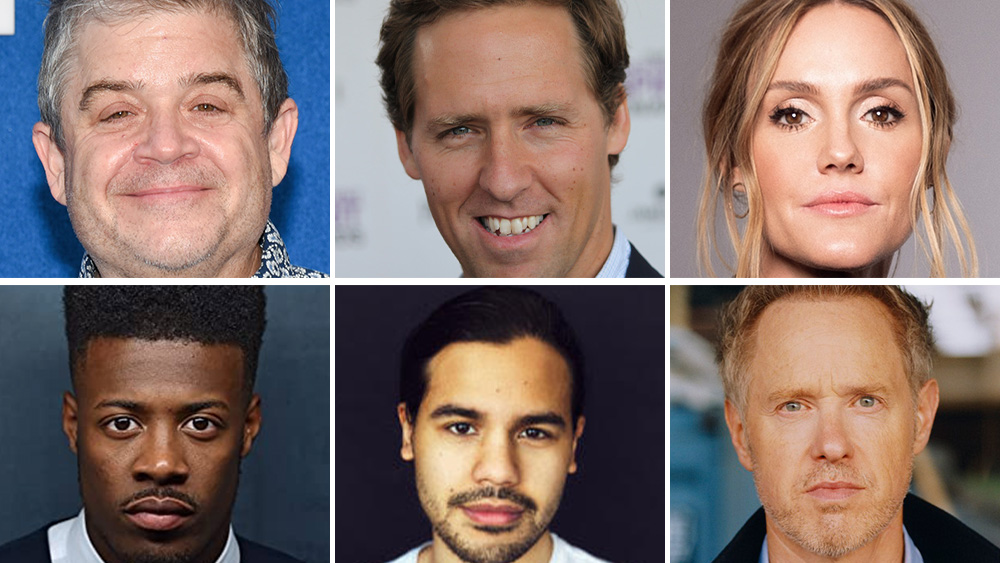 Based on the first season of the Slate podcast Slow Burn, Gaslit is a modern take on Watergate that focuses on the untold stories and forgotten characters of the scandal – from Nixon’s bumbling, opportunistic subordinates to the deranged zealots aiding and abetting their crimes to the tragic whistleblowers who would eventually bring the whole rotten enterprise crashing down.

The story will center on Martha Mitchell (Roberts). A big personality with an even bigger mouth, Martha is a celebrity Arkansan socialite and wife to Nixon’s loyal Attorney General, John Mitchell (Penn). Despite her party affiliation, she’s the first person to publicly sound the alarm on Nixon’s involvement in Watergate, causing both the presidency and her personal life to unravel. As attorney general, Mitchell is Nixon’s most trusted adviser and best friend. Temperamental, foulmouthed and ruthless – yet hopelessly in love with his famously outspoken wife – he’ll be forced to choose between Martha and the president.

Oswalt will play Chuck Colson, a close advisor to Nixon who served as Special Counsel to the President and played a role in the Watergate cover-up.

Faxon will portray Bob Haldeman, White House Chief of Staff to President Nixon. With John Ehrlichman, he operated as the “Berlin Wall” standing between Nixon and the rest of the administration.

Hayes is Peggy Ebbitt, a friend of the Mitchells from the early days of their marriage.

Walker will play Frank Wills, the security guard at the Watergate who is the first to find evidence of the break-in, raising the alarm on one of the biggest political scandals in American history and altering the course of his own life.

Valdes will portray Paul Magallanes, one of the FBI Agents assigned to the Watergate case. He and his partner, Angelo Lano (Chris Messina), come up against the full force of the White House as they investigate the events of June 1972.

Sbarge is Charles N. Shaffer, attorney to John Dean (Dan Stevens) during his testimony to the Senate Watergate Committee.

Conner will play John Ehrlichman, Nixon’s right-hand man and, with Bob Haldeman, the “Berlin Wall” protecting the President from accountability and enacting his every whim.

Geraghty is Peter, a security guard hired by John Mitchell to protect the Mitchell family, who plays a direct role in a traumatic experience which changes Martha Mitchell’s (Roberts) life.

Franklin will play Dick Moore, White House Special Counsel and John Dean’s right-hand man, getting in over his head in both the Watergate cover-up and the ‘72 Republican National Convention.

Diamond will portray Mark Felt, Associate Director of the FBI under L. Patrick Gray, who leaked information from the FBI to the Washington Post as Deep Throat.

Berchtold is Jay Jennings, son of Martha Mitchell (Julia Roberts). A Vietnam veteran, Jay is the reason Martha bucks the Nixon party by objecting to the Vietnam War.

Smith will portray Ken Ebbitt, an old friend of John Mitchell (Penn) and the one who first introduces Mitchell to Martha (Roberts).

Along with Pickering, Matt Ross (Captain Fantastic, 28 Hotel Rooms) will direct and executive produce, and Sam Esmail (Homecoming, Mr. Robot), via his overall deal with UCP, and Chad Hamilton (Mr. Robot, Homecoming) serve as executive producers under their production banner Esmail Corp. Roberts will executive produce under her banner Red Om Films along with co-executive producers Lisa Gillan and Marisa Yeres Gill. Anonymous Content and Slate’s Gabriel Roth and Josh Levin will also executive produce. Leon Neyfakh, who created the podcast, will consult on the project. Gaslit is produced by UCP, a division of Universal Studio Group, for Starz.

Sbarge is repped by Main Title and BRS Gage.