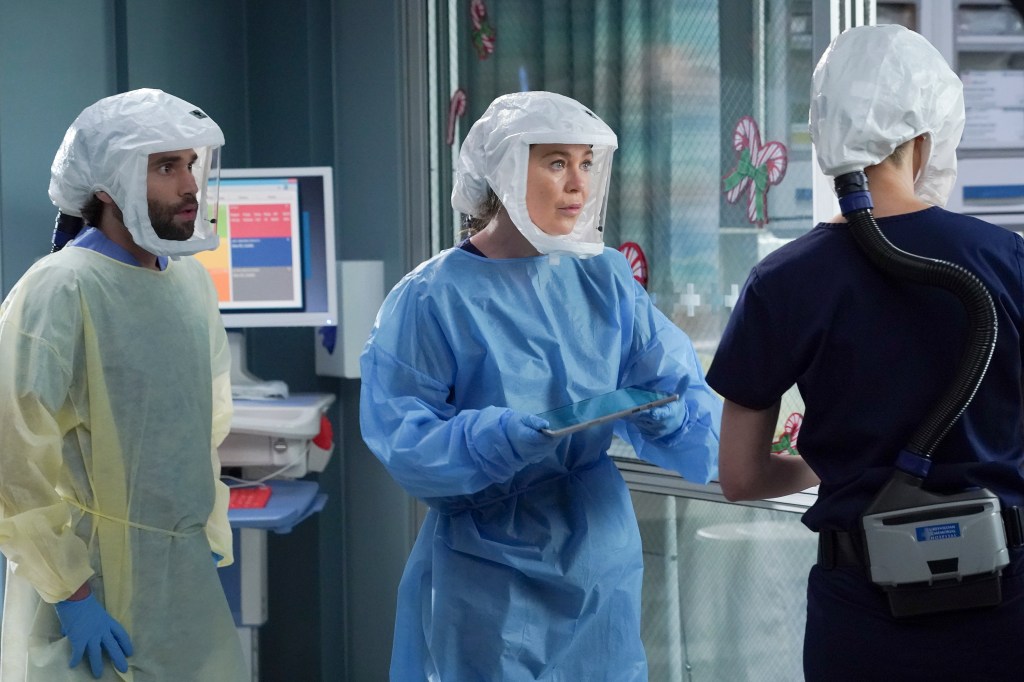 SPOILER ALERT: The story includes details about the Season 17 finale of Grey’s Anatomy.

In a typical Grey’s Anatomy twist, when Meredith was discharged in Episode 15 after months battling Covid, she did not get the clap-out all survivors get when leaving the hospital. While all of her colleagues were out front waiting for her to come out, she snuck out through the back, aided by Jackson.

Instead, Meredith received an applause at the end of the Season 17 finale when she and Teddy completed a successful double lung transplant surgery in Meredith’s triumphant return to the OR.

Meg Marinis, who co-wrote the season finale with Andy Reaser, explained the decision to have the clap-out in the finale, and not in Season 15 as originally planned.

“We initially wrote Meredith’s clap-out to be when she was discharged from the hospital, in Episode 1715,” she said. “But we quickly realized that moment seemed like the end of the season, so we came up with the brilliant idea of Meredith escaping her own clap-out, which felt very Meredith Grey to us. So many people had struggled with Covid, and she didn’t want to feel any different than anyone else. So we decided to clap Meredith out of the OR instead, which felt like the ultimate victory to her journey this season. That shot of Meredith, in the OR Corridor, surrounded by her people, laughing and smiling in her scrub cap… It gives me all the feels. It gives me hope after such a hard year.”

Sarah Paulson Recalls Awkward Encounter With Matthew Perry at Star-Studded “Make Out Party”
Victoria’s Secret Model Martha Hunt Is Pregnant With Her First Baby
‘Addams Family 2’ Won’t Be Haunted By ‘Hotel Transylvania 4’: Was Sony Release Date Change Wise?
Macy Gray Says “It’s Time” For A New American Flag That Represents “All Of Us” In Juneteenth Op-Ed
Allow Us to Take a Moment to Praise Our Favorite Hollywood Dads