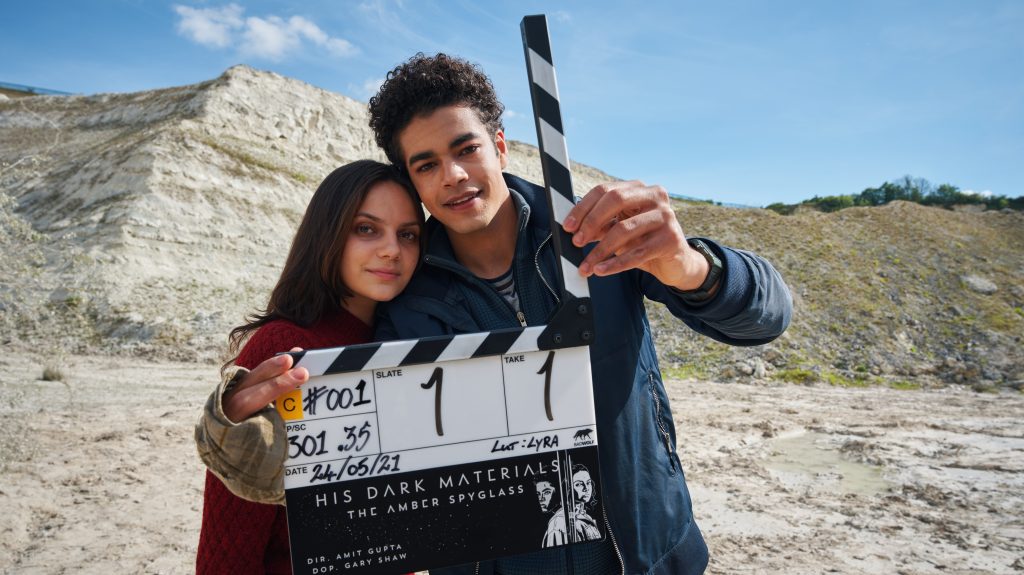 Filming is underway on the third and final season of His Dark Materials, the BBC and HBO’s adaptation of Philip Pullman’s beloved fantasy adventure novels.

Season 3 will be based on The Amber Spyglass, the most complex and ambitious of Pullman’s His Dark Materials trilogy of novels, as Lyra and Will travel through different worlds to find each other.

Bad Wolf, in association with New Line Cinema, cracked open the clapperboards on May 24, according to a picture of Dafne Keen (Lyra) and Amir Wilson (Will) released to celebrate the shoot.

Production is taking place at Wolf Studios Wales stages and on location throughout Wales and England. Directors are Amit Gupta, Charles Martin, and Weronika Tofilska.

Executive producer Jane Tranter said: “This season is both an epic adventure and a story about love and truth. Jack, Francesca and Amelia’s scripts capture the brilliance of Philip’s worlds and we are joined by our much-loved existing cast and some exceptional talent new to the series.”