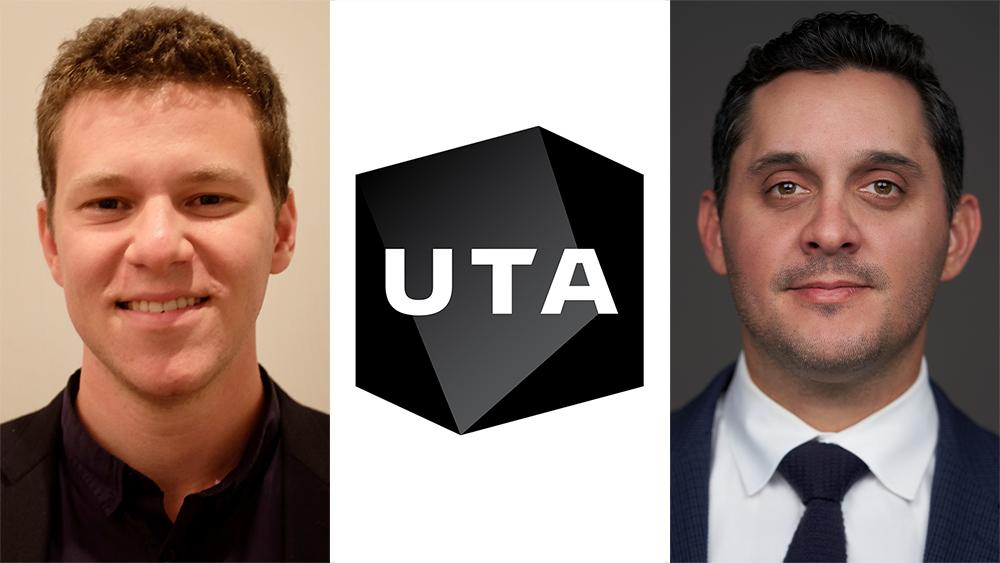 Carter will be based in the agency’s New York office, with Tammero working out of its headquarters in Los Angeles. Both will report to Jim Meenaghan and Rena Ronson, Partners and Co-Heads of the Independent Film Group.

“Rena, Jim and I are thrilled to welcome these highly regarded agents to our industry-leading Independent Film team,” said UTA Co-President, David Kramer. “Their broad experience will augment the team in a variety of ways and is especially key in helping to expand our rapidly growing documentary business.”

Carter comes to UTA from 30West, where he served as Vice President, overseeing production on critically acclaimed films including The Mauritanian, Destroyer, Late Night, Ben is Back, Some Kind of Heaven, and the upcoming Chris Pine thriller The Contractor. Prior to 30West, Carter worked at Black Bear Pictures, having begun his career at Sloss Eckhouse Dasti Haynes LawCo and at FilmBuff—the indie sales and distribution company that’s now part of Gunpowder & Sky.

Tammero’s specialty is in assembling and orchestrating the sales of documentary films and series to studios, independent distributors and digital platforms. He previously worked at CAA, there representing filmmakers, financiers and producers including DJ Caruso, Glen Zipper, Josh Zeman, Carmelo Anthony, Alex Winter and Jackie Chan, among others. Tammero has notably contributed to such award-winning documentary projects as 76 Days, Homeroom, Justin Bieber: Our World and WeWork: Or The Making and Breaking of a $47 Billion Unicorn.

The Independent Film Group division of leading talent agency UTA is focused on content financing and distribution for independent and co-financed motion pictures. It helped structure the financing and sales for Asghar Farhadi’s Oscar-shortlisted drama A Hero, which nabbed the Grand Prix at the 2021 Cannes Film Festival, and will soon bring a robust slate to the 2022 Sundance Film Festival. Additional  sales titles on the narrative side include Promising Young Woman, The Mauritanian, The Father, Hidden Figures, Room, Lady Bird, The Big Sick, Call Me By Your Name and I, Tonya. Notable titles on the documentary side Icarus, The Social Dilemma, Biggest Little Farm, All In: The Fight for Democracy and On the Record.