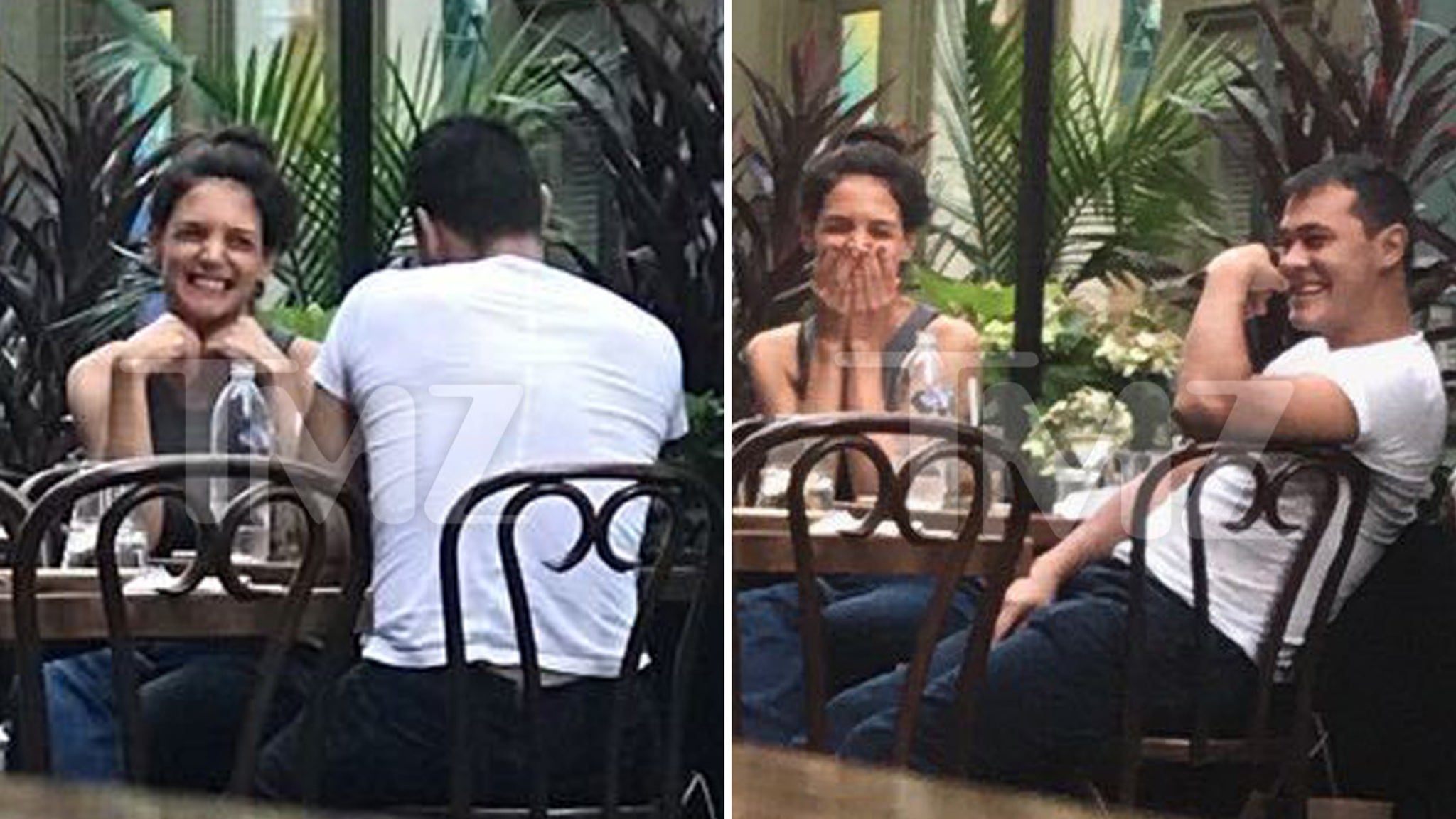 Katie Holmes has a new leading man in her life … or at the very least, she’s found a guy she enjoys having a drink with.

More than a year after her split with Jamie Foxx, the actress seems to be happily playing the field again … she had a date with a mystery man this week in NYC.

Katie and the fella hit up a Mediterranean restaurant called Antique Garage in the SoHo neighborhood Tuesday night, but didn’t even need to get grub to have a good time.

We’re told the 2 simply ordered a couple glasses of wine, and photos of their date show Katie cracking up laughing, making some flirtatious faces … and even getting a little touchy-feely.

It’s unclear who the guy is … but clearly he’s got some game.

As you’ll recall … Katie and Jamie broke up mid-2019 after about 6 years of dating. They famously kept their relationship very private, and even their split wasn’t revealed until Foxx stepped out with recording artist and model, Sela Vave, a couple months later.

Katie’s the one stepping out now, though … get it, girl.