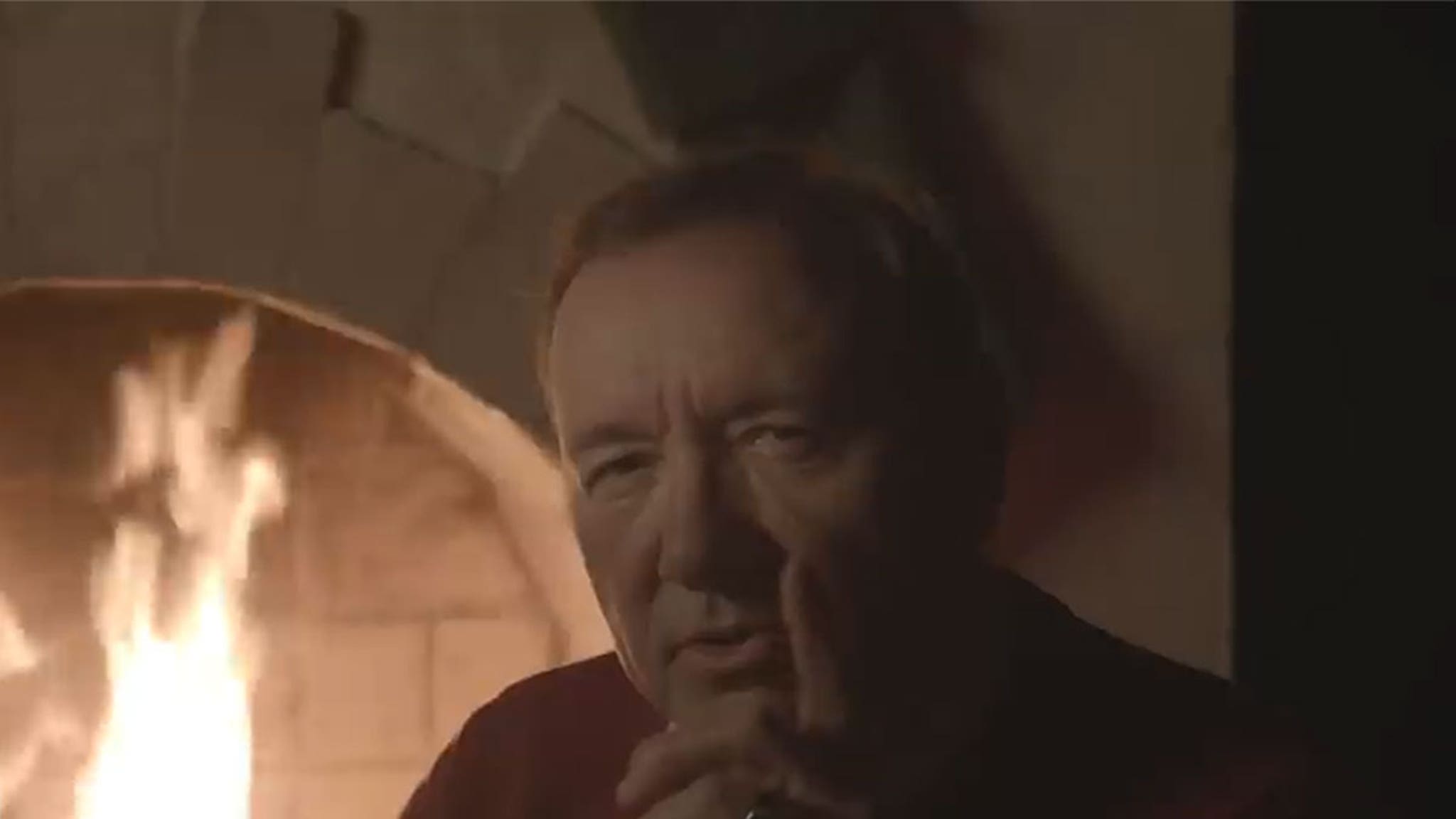 Here’s Kevin Spacey with another cryptic video on Christmas Eve … returning as Frank Underwood and reminding everyone out there to “kill them with kindness.”

For the second year in a row, Kevin posted a bizarre video the day before Xmas … once again slipping into his former “House of Cards” character to deliver a strange message.

Kevin says he’s had a pretty good year and is happy to have his health back, and says he’s made some huge changes in his life.

Spacey says he’s going to cast a vote in 2020 “for more good in this world” … then suggests people should “kill them with kindness” the next time someone does something you don’t like, instead of going on the attack.

We’ve seen this kind of display before from Kevin … last Christmas Eve, he posted a bizarre vid urging people not to rush to judgment after being accused of groping an 18-year-old male in a Nantucket bar.

As we first reported … Kevin scored a huge victory this July when prosecutors in Massachusetts dropped their criminal case against him.

Spacey also dodged a charge in a sexual assault case in Los Angeles in October, because the alleged victim died during the investigation. He’s still the target of an investigation in London.

Film Review: You Should Have Left (2020)
What to Watch: Filthy Rich, A Wilderness of Error, Enola Holmes
Franzia’s Wine-Dispensing Backpack Is Your New Picnic BFF
We Ranked the Top 20 RuPaul’s Drag Race Queens: See Who Sashayed Their Way to No. 1
Black ﻿Fashion ﻿Fair Launches One-Stop Shop for Black ﻿Designers