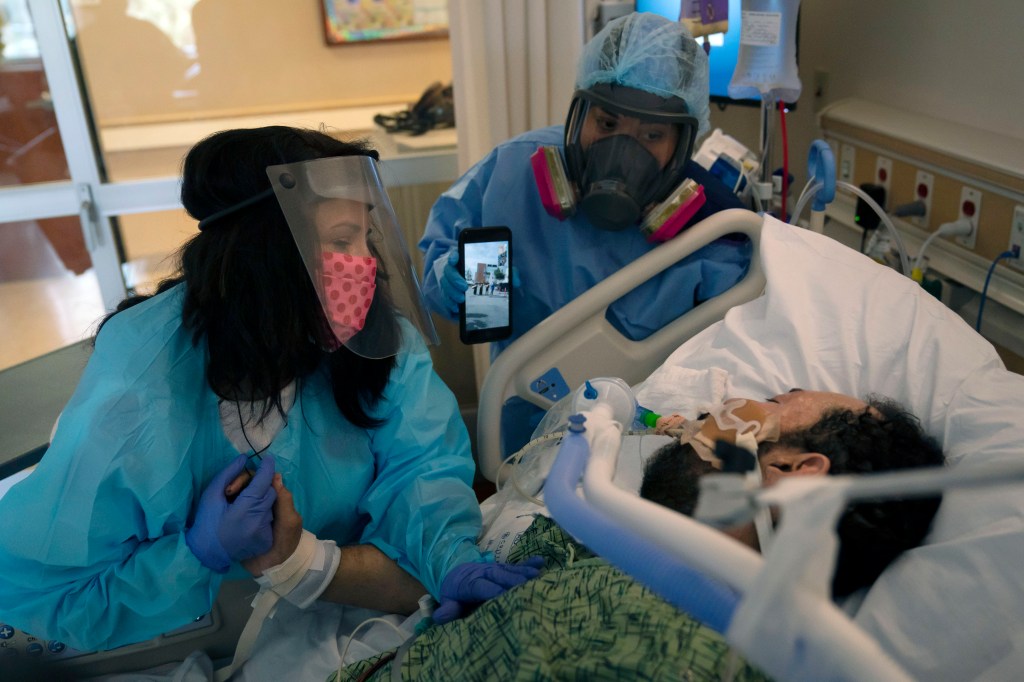 On Monday, the county reported another 2,919 new daily cases of Covid-19. That’s a minor drop from Sunday’s total and a big drop from the 4,283 new cases reported on Saturday and the 3,930 on Friday. But L.A. health officials warned the Monday dip was likely due to reporting delays over the weekend.

Last Thursday, County Public Health Director Barbara Ferrer offered hope saying, “We’re not seeing the exponential growth in cases we saw earlier.” She noted that while daily case numbers are still high, they don’t seem to be growing at the same rapid rate.

A better indication of infection spread, the 7-day test positivity rate, actually fell considerably in the past week, dropping from 5.4% last week to 4.4% this week. Hospitalizations may still be increasing because they are a lagging indicator, often jumping weeks after increases are seen in cases.

Another lagging indicator, the number of Covid-related deaths, is still low, with only six reported in the county on Monday. That figure may or may not rise in coming days as vaccination among the small numbers of those hospitalized may have an impact.

Ferrer attributed the stabilization in daily case numbers to L.A. County’s indoor mask mandate, which was effective July 18. “We look different in terms of the rate of increase compared to other counties. We were the only county at the end of July that’d made that mandate.”

Ferrer, however, cautioned that total daily cases in the county will likely continue to go up in the near term. That’s because schools are starting back up and more companies are requiring proof of vaccination or frequent negative tests, so the number of tests being processed is rising rapidly. As test numbers rise, more cases will likely be discovered, she said.