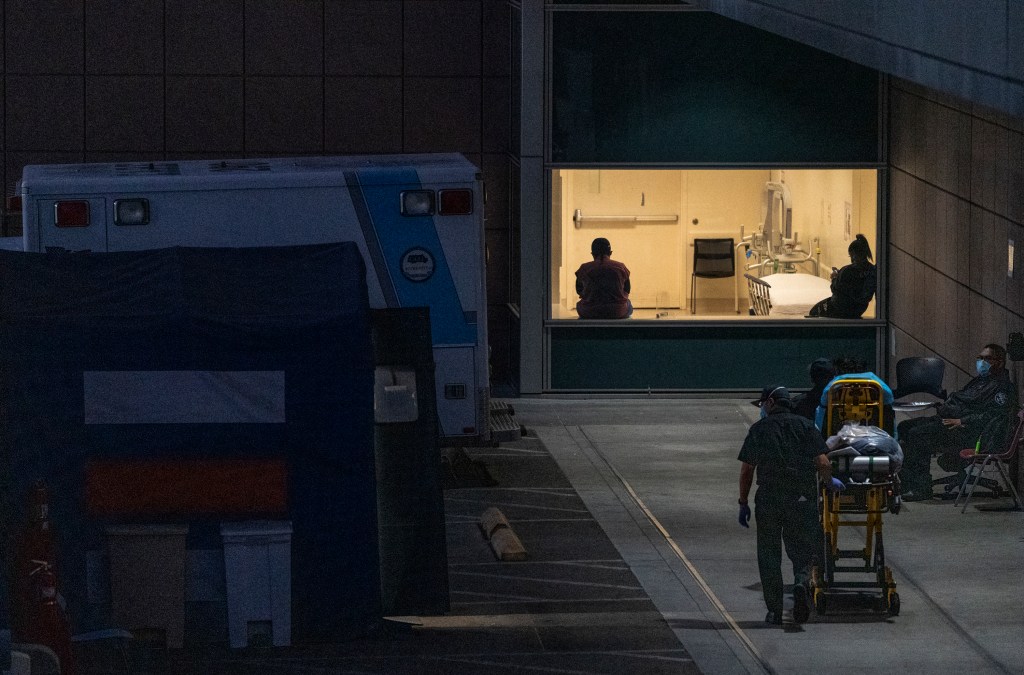 The Los Angeles County Department of Public Health on Monday reported “a significant increase in the number of people hospitalized each day for Covid-19 illness.”

L.A. County confirmed 1,233 new cases of Covid-19 on Monday. It marks the 11th consecutive day where cases topped 1,000 and, according to health officials, is likely low due to reduced testing and delays over the weekend. That daily statistic is nearly three times the number of new cases reported just two weeks ago.

Of the two new deaths reported today, one person that passed away was older than 80 and one was between the ages of 65 and 79. Deaths, say public health officials, are a lagging indicator, meaning they only tick up weeks after cases and hospitalizations rise. There is some evidence of fewer severe instances of Covid among those who are vaccinated, though how that plays out in L.A. remains to be seen.

The Public Health Department warned again Monday of the risks the more infectious Delta variant poses to the nearly 4 million people in L.A. County who have not been or are not eligible to be vaccinated, including 1.3 million children younger than 12.

A new mask order for everyone while indoors in all indoor public places, regardless of vaccination status, went in to effect on Saturday at 11:59 p.m. It includes venues, gatherings and businesses such as offices, retail, restaurants, gyms, theaters, family entertainment centers, meetings, and state and local government offices serving the public. Standard exceptions apply for children under the age of two, for those with certain medical conditions or disabilities that prevent masking, and for those whose job doesn’t permit masking.