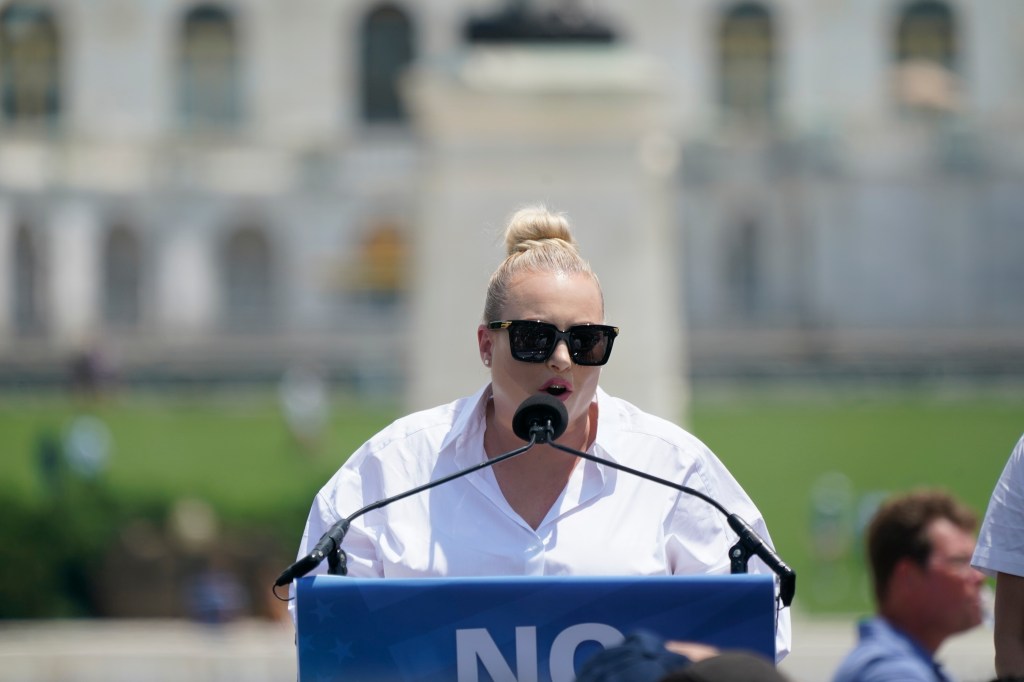 The View‘s Meghan McCain is exercising her right to a final work week of really unfiltered expression, responding to author Mary L. Trump’s claim that McCain lacked the courage to face off in an interview segment today.

“There is no ‘good’ Trump family member to me,” McCain tweeted this afternoon. “Continue to wish they would all just leave me and my entire family the f*ck alone.”

Earlier today, Trump appeared on the ABC daytime talk show to plug her new book The Reckoning, engaging in a discussion on the January 6 Capitol attack with co-hosts Whoopi Goldberg, Joy Behar, Sara Haines and Sunny Hostin. McCain, who had appeared in earlier segments of the episode, apparently took a hike before Trump appeared.

The niece and critic of former president Donald Trump said to the remaining co-hosts, on-air, “It’s a shame that your colleague didn’t have the courage to come on and have this conversation with me but I appreciate that you are all willing to take up these very difficult subjects because racism in my view is at the heart of everything that’s wrong in 21st Century America.”

McCain recently announced her departure from the show. Her final day on The View is this Friday.

The McCains and the Trumps have long been at odds, with the former president regularly verbally attacking the late Republican senator.

There is no “good” Trump family member to me.

Continue to wish they would all just leave me and my entire family the fuck alone.