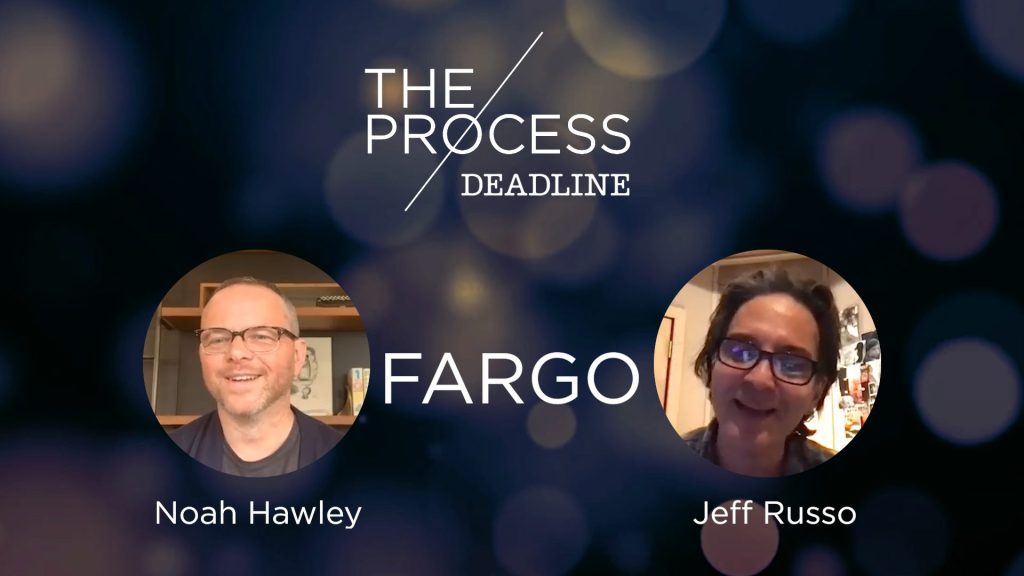 When composer Jeff Russo sets out to score a new season of Fargo, he’s not inclined to rest on his laurels.

Certainly, there are a couple pieces that have recurred in all four seasons of Noah Hawley’s crime anthology. But each time around, Russo has also come to the table with an abundance of new thematic material.

In the latest installment of Deadline’s video series, The Process, Hawley notes that it must be somewhat of a challenge for his longtime collaborator to go back to the drawing board each season, such that the show’s music continues to feel “fresh and alive.”

Russo explains, though, that all the inspiration he needs is rooted in the stories Hawley tells, as well as the way in which he tells them. “The way you write is so visually evocative to me, and also aurally evocative,” the composer says. “I start reading a script of yours and I’m immediately starting to write music in my head, and that doesn’t always happen.”

Inhabiting the same darkly funny cinematic universe as the Coen brothers’ 1996 Oscar winner of the same name, Fargo tells tales of “deception, intrigue and murder”—all of which mysteriously lead back, in one way or another, to Fargo, North Dakota. Season 4, which premiered last September, chronicles a war for control of 1950 Kansas City between two crime families, led by Chris Rock’s Loy Cannon and Jason Schwartzman’s Josto Fadda.

Remarkably, the collaboration between Hawley and Russo has gone on for “almost as long” as the latter’s marriage.

“Hunter S. Thompson had his lawyer he traveled everywhere with,” Hawley jokes, “and I have my composer.”

The pair of Emmy winners came to work together on Fargo after pairing on two ABC series, The Unusuals (2009) and My Generation (2010). (Thus far, they have also gone on to tackle FX genre-bender Legion (2017) and 2019 feature, Lucy in the Sky.)

During their appearance on The Process, Hawley and Russo offer insights into the personal process of collaboration they’ve hit on, after so many years together, also describing the work they went through to arrive at Fargo’s “sonic persona” and the right sound for Season 4. In their wide-ranging conversation, they also touch on their common background as artists without formal training, their aversion to “white noise” and “melodrama” in film and TV scores, how Russo helps Hawley tap into “the headspace” of a story and more.

Check out the full conversation above.