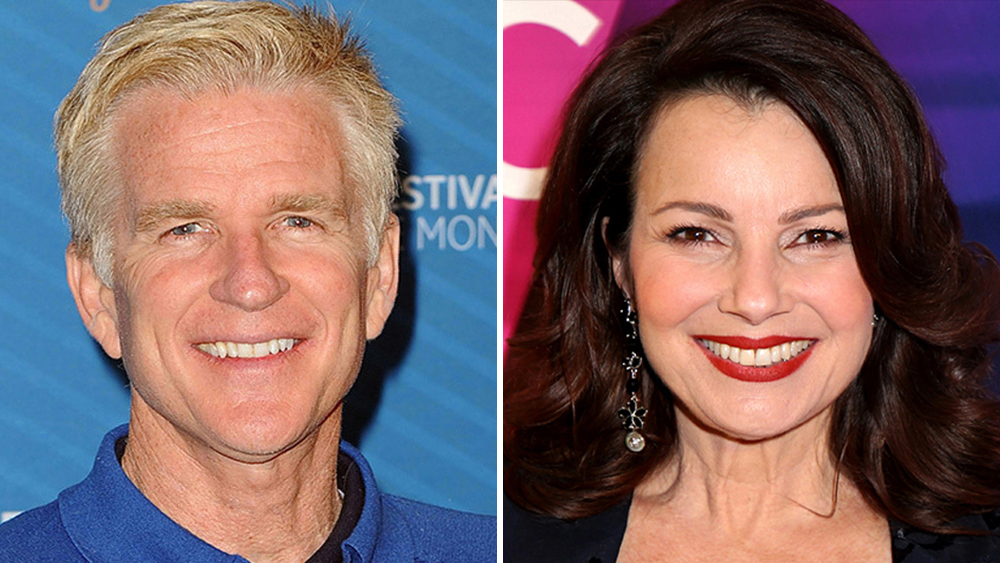 EXCLUSIVE, UPDATED with UFS statement: With just one week to go in the SAG-AFTRA election, Matthew Modine has accused Fran Drescher of defamation and threatened legal action if she doesn’t issue a public apology by Friday.

“Your defamation of Mr. Modine, your opposing candidate for SAG-AFTRA president, at the eleventh hour of the current election, is not only disgraceful and repugnant, but damaging to Mr. Modine’s professional reputation and career and hurtful to him personally and financially,” said Robert Allen, attorney for Modine’s MembershipFirst slate, in an email sent to Drescher on Thursday.

“I’m ashamed of Fran Drescher,” Modine said tonight during a MembershipFirst town hall meeting. “I’m disappointed. But she’ll be judged by the people in the world after she’s gone, or by whatever god she worships.”

“Here we go again,” Unite for Strength said in a statement in response Thursday night. “Every time Membership First doesn’t like the outcome of a democratic process they stoop to yet another frivolous lawsuit. Just as they have already cost SAG-AFTRA members over $2 million in failed lawsuit after failed lawsuit. Sadly, this is the second campaign in a row that Matthew Modine’s Membership First has flouted national election law. Litigiousness is not leadership. Members deserve leaders with vision, not vitriol. It takes a lot of gall to talk about kindness, and then turn around and attempt to bully people with lawsuits.”

At issue is an email that Drescher sent earlier Thursday to members in which she referred to a recent ruling by the union’s national election committee, which found that KTLA had “crossed the line from journalistically appropriate news coverage” of the union’s election to “improper promotion” of candidates running on Modine’s slate.

The committee’s decision, which urged the L.A. local news station to provide “equal access” to candidates running on Drescher’s Unite for Strength slate, stems from an August 4 interview that entertainment reporter Sam Rubin conducted with Joely Fisher, a MembershipFirst candidate for national secretary-treasurer, and Rubin’s August 11 interview with Sheryl Lee Ralph, a MembershipFirst candidate for L.A. Local vice president. Rubin is also an L.A. Local board candidate running on their slate, which he disclosed on the broadcasts.

The election committee determined that Rubin’s interviews were an “improper” employer contribution to MembershipFirst candidates because the station declined to offer equal time to candidates on the other slate, even though Rubin prefaced his interview with Fisher by saying that “candidates from both groups are very much welcome on our show here.” KTLA, however, has subsequently declined to provide them with equal time, which the election committee said could result in a re-run of the election.

In her email, Drescher said: “Now they think it’s okay to violate the law and that the rules don’t apply to them. The non-partisan national SAG-AFTRA Election Committee found that Modine and Membership First broke the rules.” Her email included a link to a Los Angeles Times article under the headline: “SAG-AFTRA election board finds KTLA, Modine-led group broke rules.”

This is “defamatory,” Allen said, “because it falsely states that Mr. Modine and Membership First, a group in which Mr. Modine is a prominent member, violated labor law and broke rules surrounding the current union election. The decision of the National Officer Election Committee on August 10, 2021 Pre-Election Protest, which SAG-AFTRA emailed to you, never once accused Mr. Modine of any wrongdoing – Mr. Modine did not appear on KTLA and had nothing to do with the interviews at issue. Nor did the Decision accuse MembershipFirst of any wrongdoing. To the contrary, the only ‘bad actor’ identified in the decision is KTLA.

“Additionally, the very first sentence of the linked LA Times article specifically states that ‘A SAG-AFTRA national election committee has found that a candidate interview conducted by KTLA journalist Sam Rubin violated its rules.’ Nowhere in this article is Mr. Modine or Membership First characterized as having violated any labor law or union election rules.”

Allen, in his email to Drescher, said “We therefore demand that you do each of the following in the next twenty-four (24) hours: (a) send an email through SAG-AFTRA, to the same recipients as the Email, acknowledging that these statements are untrue and apologizing for defaming Mr. Modine; and (b) made a public statement stating the same.

“Please be advised that in the event you fail to comply with the demands made herein, Mr. Modine shall take whatever legal action he deems necessary and appropriate to protect his rights, including, without limitation, commencing legal action against you and all parties involved related to your defamatory conduct.”

Noting that many of the 83 people in attendance may have received Drescher’s email, he said that her accusations are “slanderous and hateful and hurtful. Not just to myself in my life, but to my career. One of the first responsibilities that the president of the union, I believe, has to its members is a sense of responsibility in protecting their livelihood. Perhaps the most important job that the president of the union has is to protect the members.

“I don’t understand why anyone would harm another person in a way that members of Unite for Strength, and particularly Fran Drescher now, is trying to do. This is a momentary blip in the history of the world. This I know – every single person on this call will die one day. We will be dead. And we will be left with our memories. If there’s a god, and we lived good and just lives, we will be rewarded by that god that we worship. If there is no god, our memories – because we behaved good and kind, and helped people when they slipped and fell – we will be remembered in the memories of our children and our grandchildren for being kind souls who tried to make this world a better place for other people.”

Deadline reached out to Unite for Strength for comment and is awaiting their response.

Ballots in the election will be counted on September 2.