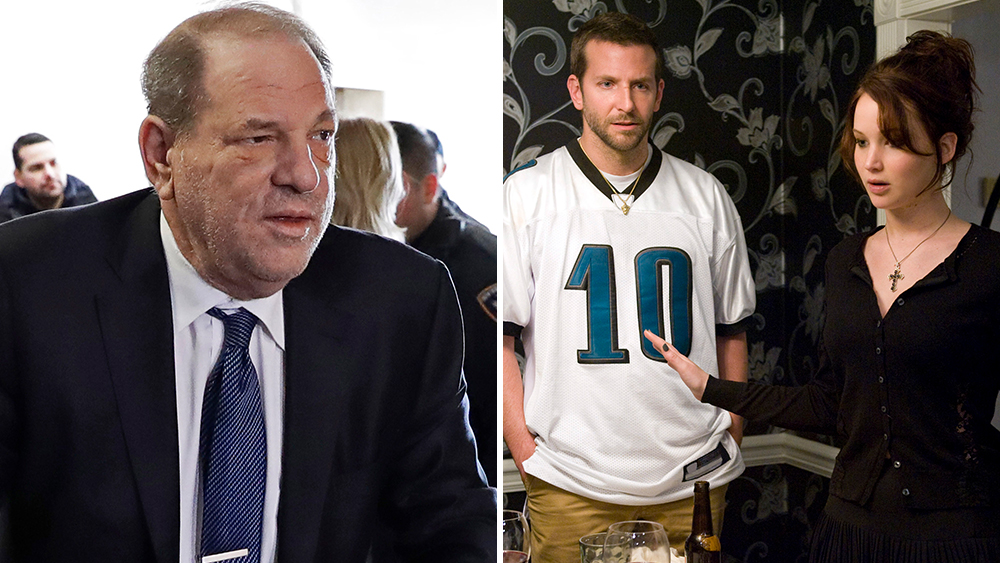 UPDATED, 5:25 PM: The byzantine bankruptcy of The Weinstein Company and its acquired assets had a least one element settled Friday with an appeals court ruling that looks to leave some of Hollywood’s biggest stars a little light, to say the least.

Affirming lower court rulings, a three-judge panel on the 3rd Circuit Court of Appeals dropped an opinion that Spyglass Media (formerly known as Lantern) don’t owe Silver Linings Playbook producer Bruce Cohen anything, at least for now. As with some marquee name actors, Cohen was looking to snare the percentage of the Oscar-winning film he was entitled when the now-imprisoned Harvey Weinstein and his brother’s Bob outfit cratered a few years back as sexual assault claims engulfed the older sibling.

“The approximately $400,000 in contingent compensation owed to Cohen before the sale’s closing does not need to be paid in full, though (if timely) it can still be asserted as an unsecured claim to be paid out in the normal course pro rata with other unsecured creditors,” Judge Thomas Ambro wrote in the opinion published today (read it here). “This pill is bitter to swallow, but bankruptcy inevitably creates harsh results for some players. We thus affirm the District Court’s order affirming the Bankruptcy Court’s ruling.”

The then-Lantern scooped up TWC’s film and television properties in a $289 million deal supervised by the bankruptcy court back in 2018. Facing the likes of Silver Linings Playbook stars Bradley Cooper, Jennifer Lawrence and Robert De Niro as well as Bill Murray, Meryl Streep, Quentin Tarantino and Julia Roberts over big cash the actors claimed they were due from TWC films, the company took a stake a few months later in a solution by going after Cohen as a test case.

The now Spyglass, won on the initial case and the first appeal too. Now, with today’s opinion, the only hope Cohen and the assembled stars truly have is a Hail Mary second try at the 3rd Circuit or the Supreme Court, an unlikely proposition.

“In short, summary judgment in favor of Spyglass is appropriate if no reasonable jury could conclude the Cohen Agreement is an executory contract,” Ambro added in Friday’s 25-page opinion.

PREVIOUSLY, January 2019: Lantern Entertainment likely won’t be liable for the unpaid royalties that the bankrupt The Weinstein Company owes several Hollywood stars, based on new bankruptcy court ruling in the case.

This group, which includes Bradley Cooper, Jennifer Lawrence, Robert De Niro, Meryl Streep and Julia Roberts, argues that Lantern couldn’t assume the contracts for these films without saying what they’ll do to clear up these old debts.

Collectively, these stars are owed millions of dollars.

Lantern, which acquired TWC’s film and television assets in a $289 million deal supervised by the bankruptcy court, argued it’s only liable for payments going forward. It brought suit against Silver Linings Playbook producer Bruce Cohen as a test case, to clarify the issue.

U.S. Bankruptcy Court Judge Mary Walrath sided with Lantern’s interpretation, on Monday granting a summary judgment in favor of the young studio. She ruled that Lantern’s acquisition of Cohen’s contract doesn’t obligate it to pay off TWC’s unpaid bills (estimated at around $405,000).

“We are pleased that the court upheld the treatment of these agreements consistent with Lantern Entertainment’s acquisition of these assets,” said a Lantern spokesperson. “We look forward to turning the focus to fostering productive relationships with all talent and industry partners.”

That ruling likely will have implications for Cooper and others, who are attempting to collect unpaid royalties. These prominent Hollywood figures may well end up joining other unsecured creditors — a group that includes Harvey Weinstein’s accusers — seeking to recover whatever they can from the assets of the bankrupt The Weinstein Co.