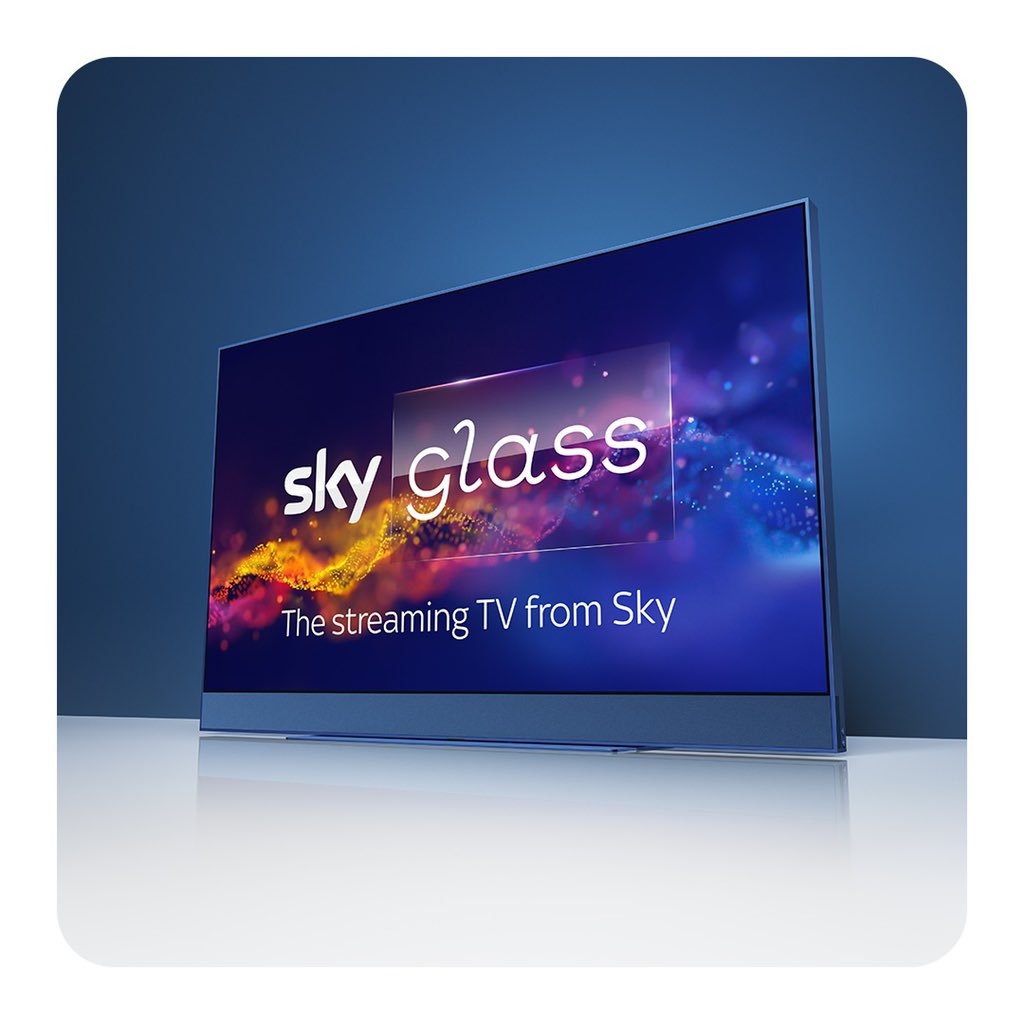 Sky has embraced the cord-cutting revolution by launching a TV product that doesn’t require a satellite dish, described by CEO Dana Strong as the “first platform to fully integrate content from local broadcasters to global giants.”

Unveiled at a swanky event in London’s Greenwich this morning, Sky Glass will offer Sky subscription packages that start at £13 per month after the cost of TV. Sky CEO, UK and Ireland, Stephen van Rooyen, said the TV products are around 30% less than the average on the market.

The product is effectively a smart television, with no requirement for satellite dish, as the Comcast-owned pay-TV giant adapts to a world in which cord-cutting has become the norm.

It will launch in the UK later this month and roll out in more territories next year.

The platform is ‘voice first’ and was described by various senior Sky execs as the natural evolution from Sky Q.

A ‘Sky Puck’ product for an additional £10 per month transfers Sky Glass onto other platforms and the product launches with Australian outfit Foxtel as ‘syndication partner’, with more partners to be revealed over the coming months.

CEO Dana Strong said Sky Glass is “the first platform to fully integrate content from local broadcasters to global giants such as Netflix and Disney+.” with all Sky channels, public service broadcasting channels and streaming apps.

“The streaming revolution has brought a whole new set of challenges,” said Strong, addressing a crowd of hundreds.

“Most people use multiple apps to find content but these experiences can feel fragmented and we end up spending more time searching for content than sitting back and enjoying it. In our already complex lives, we need things to be simple and this will dramatically simplify experiences and transform the role of TV in the home.”

Roberts told the Greenwich event that Sky Glass is the culmination of 13 years of work, satisfying Comcast’s vision to “make every available every piece of content to our customers – live TV, on-demand, streaming and user-generated.”

“What is truly gamechanging is what is behind the glass,” he added.

“Everything you see here is powered by a remarkably flexible and intelligent platform that finds what you love effortlessly. We are reimagining TV and Sky’s role in the living room.”

Too Short Apologizes for ‘Colorist’ Comments, Says All Shades Beautiful
As ‘No Time To Die’ Hits $80M On Home Turf, Will UK Audiences Keep Flocking To Cinemas In Months Ahead?
Coldplay X BTS – My Universe (Official Video)
Adele Takes Back Rejection of Peppa Pig Collab, Says She Regrets It
Boosie Badazz Arrested for Fight at Atlanta Concert