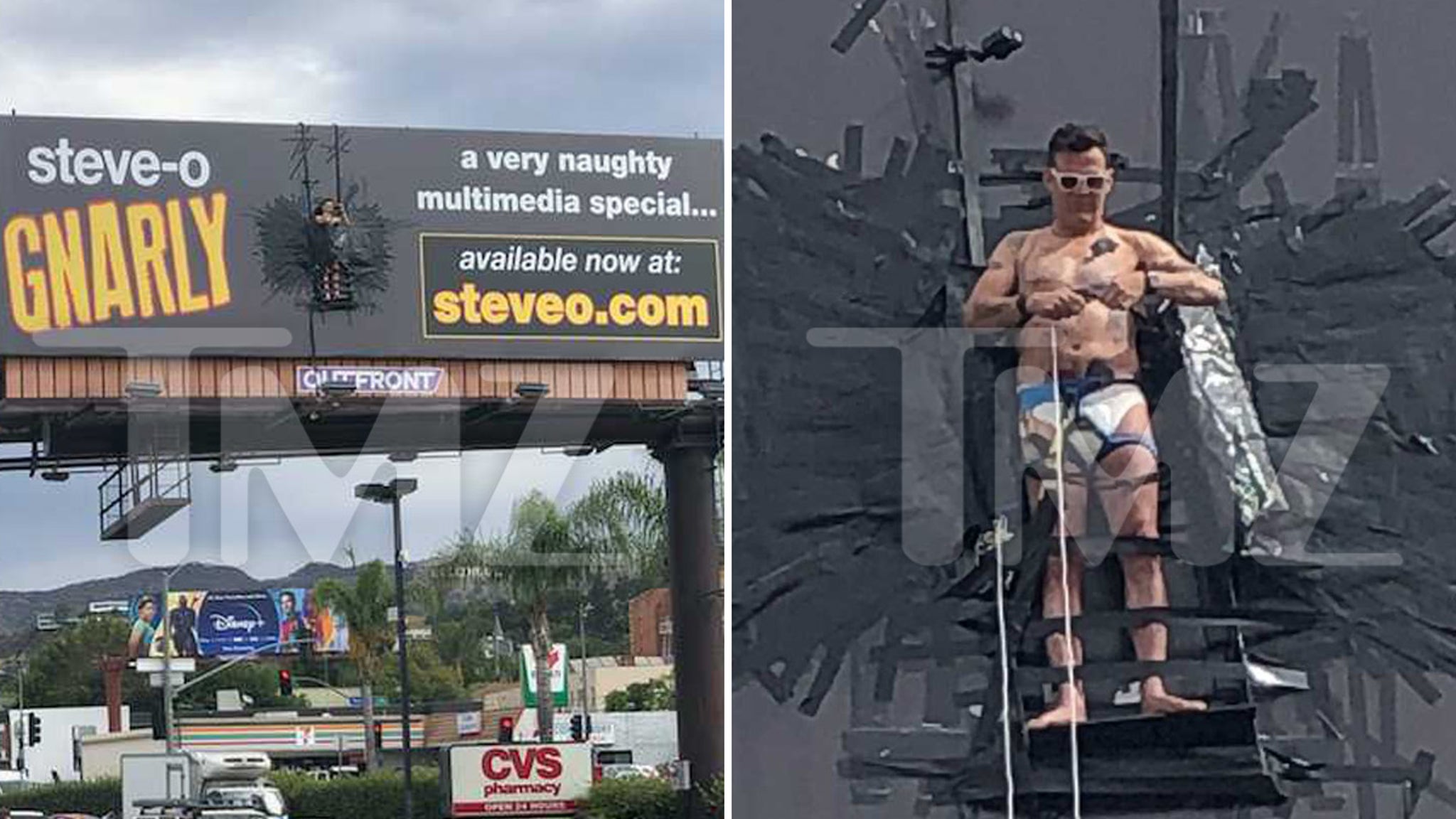 Steve-O‘s up to his old tricks, and though his latest stunt isn’t his gnarliest … it’s pretty damn funny.

The ‘Jackass’ star attached himself to a Hollywood billboard Thursday morning with the help of a bunch of black tape, in what he believed was a super safe publicity stunt rigged by professionals.

As you can see … Steve-O was covered from his chest to his knees in the duct tape, leaving his arms free to take a selfie for social media — after all, the whole point of this was to promote his new special.

We got him while he was plastered up there, and he told us he was wearing a diaper underneath. He also confessed he wasn’t sure his stunt was legal … but said he rented the billboard, and just wanted to make people laugh.

The prankster claimed there was zero chance he’d fall while pumping up his upcoming special … it’s called “Gnarly,” btw, and we have no doubt the title fits.

Steve-O hoped to not use up any city resources getting him down, but despite his wishes … the L.A. Fire Dept. showed up rather quickly to get him down safely.

The LAFD had to partly block traffic to bring in a crane and remove the jackass. Steve-O was not arrested, and law enforcement tells us he won’t face any criminal repercussions from his stunt … because he paid for the billboard.