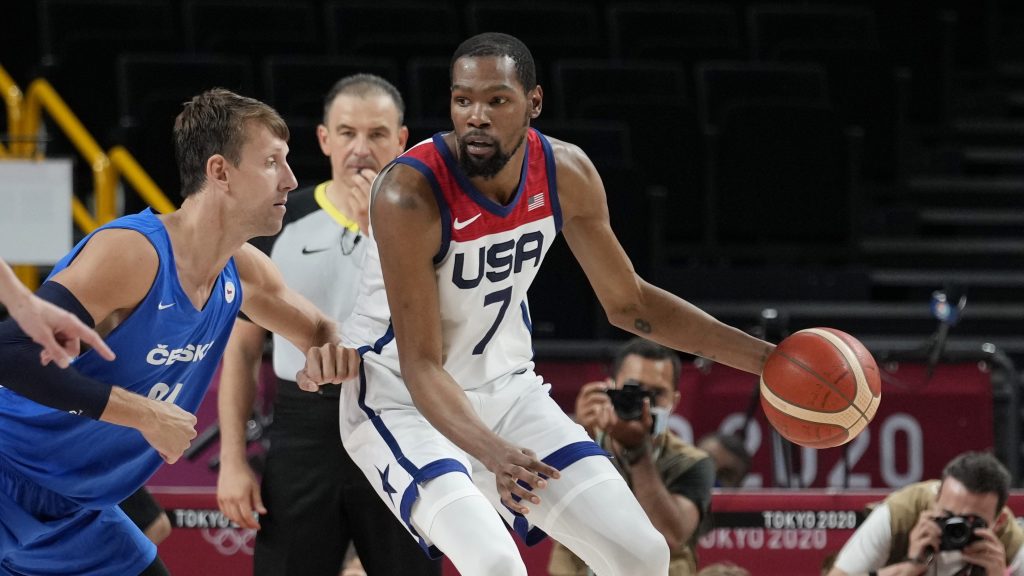 Team USA has finally gotten their mojo back.

Since their disappointing loss to France on July 25, Coach Gregg Popovich and the American men’s basketball team now have back-to-back blowouts under their belt.

In a masterclass performance, Kevin Durant dropped 23 points, 6 assists, 8 rebounds and 1 block on the Olympic stage in the game against the Czech Republic. Jayson Tatum also put on a shooting clinic, tacking on 27 points on 10-for-16 shooting. Though close after the first half, Team USA went on to blow out the Czech team 119-84.

“I’ve had a lot asked of me every team I’ve been on since I was eight years old. It’s no different here,” Durant said. “But I feel I have to available to do every single thing out on the court…I’ve worked to be at that point and it’s fun.”

Durant also became Team USA’s all-time leading scorer, passing Carmelo Anthony with a total of 354 points. The record will stand much higher after next week’s game.

The victory advances the team to the quarterfinals where they face the loser between Spain and Luka Doncic-led Slovenia. That match will take place sometime on August 3.