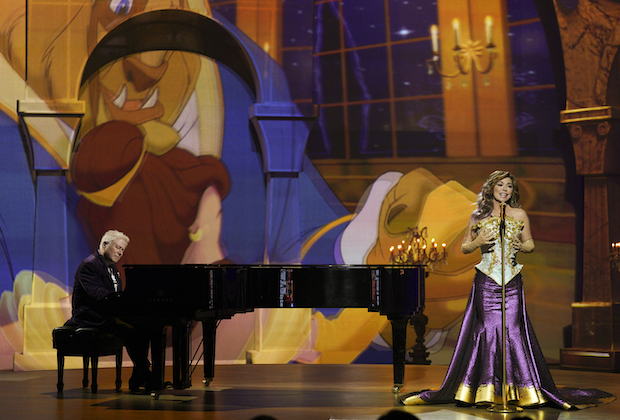 We’ve got questions, and you’ve (maybe) got answers! With another week of TV gone by, we’re lobbing queries left and right about lotsa shows including Fire Country, The White Lotus, The Cleaning Lady, FBI and Ghosts!

1 | Catching up on The Rookie…. Can we get a moratorium on those episodes filmed almost exclusively from the point of view of body/car/doorbell cams? Also, did you just know that Lucy would end up using the “turn in your playbook” line?

2 | Who had “cocaine-filled avocados“ on their S.W.A.T. Season 6 bingo card? Also, was Hondo really going to let Nichelle fire that gun  without ear protection?

3 | Oooh, iIs Fire Country‘s Bode going to come back as a Batwoman villain?

4 | In The White Lotus‘ season finale, we know Tanya was panicked and afraid while trying to get off that boat. But why, why, why did jumping onto the dinghy from a considerable height seem like the best option? Couldn’t she at least have taken off her shoes before clambering over the railing?

5 | What was the most… “unexpected”… performance at Sunday’s National Christmas Tree Lighting on CBS: Shania Twain’s breath-y/sexy “It’s Beginning to Look a Lot Like Christmas,” or Joss Stone’s swing version of “Underneath the Tree”?

6 | Was anyone not more upset by all the dog-shooting on Yellowstone than by ol’ Emmett’s death? Also, did the show make Jen Landon a series regular just to give Teeter what, a line a week? And when the heck are we gonna see Jimmy again? Season 5 is dang near halfway over already!

Who at The Voice thought it was a good idea to give Morgan Myles a train this long — and on stairs, no less!?!

8 | On The Cleaning Lady, couldn’t Fiona have just said she doesn’t know Luca’s social security number? (How many people actually know their nephew’s SSN?) And after Nadia killed Kamdar, wasn’t the FBI’s helicopter low enough that she and Arman could easily be seen driving off on his motorcycle?

9 | Be honest, Baking It viewers: Would you dare to even try Kristen Bell’s pickle soup?

10 | We know Welcome to Chippendales is based on a true story and all, but didn’t Ray rather easily accept — and then act on — Steve’s mandate to burn down a rival club?

11 | In the Kindred premiere, anyone scratching their head over why Dana would buy a house without seeing it first? (Remember, she lives in 2016, not today’s insane housing market.) Do we think she even had it inspected? And is it safe to say that Dana and Kevin had the worst Tinder date ever?

12 | On FBI, what were the odds that the drug-dealing dad’s left-behind phone had zero password or Face ID protection??

13 | Was Survivor‘s Final 3 one of the series’ most underwhelming groups of finalists? If you could’ve had it your way, who would your winner have been?

14 | Did LEGO Masters get it wrong this finale? Wasn’t the winning build a bit “messy”/inelegant compared to the super-polished cityscape and the expansive lakefront featuring an aurora borealis?

15 | Sex Lives of College Girls viewers, did Kimberly and Canaan’s romantic interest in each other seem sudden? Or did you buy that this was something the writers have been plotting for two seasons? And with full awareness of this show’s title, are you starting to wish that maybe not every friendship one of the girls makes would turn into something sexual/romantic?

16 | In The Game‘s second episode, who is fuming over Allison dropping in on Jamison like that? And why would she think he’d go back to her after what he went through?

17 | Looking closely at one of our 2023 First Look photos from The Flash…. What do y’all make of Iris holding a water glass (center) while others are drinking wine/liquor, hmmmmmmmm?

18 | After this week’s Fleishman Is in Trouble, what’s the ratio now of TV characters walking into a meeting expecting a promotion to TV characters actually getting that promotion? 10,000-to-1?

19 | We appreciate the attention to detail from ABC’s Beauty and the Beast: A 30th Celebration, but Josh Groban in color contact lenses just felt wrong, no? Did Martin Short’s headpiece remind you of his look in The Santa Clause 3? And of all movie sequences for the special to not recreate in live-action, they bailed on the iconic ballroom dance?? (What, did Groban’s elaborate costume not lend itself to elegant movement?)

20 | Watching Ghosts, were you also like, “Oh NO…. Who’s standing nearby?!,” when Sam went to climb the ladder? And when Eric (briefly) died, did you for a moment think the show was stealthily adding Andrew Leeds as a new, full-time ghost?

Hit the comments with your answers — and any other Qs you care to share!