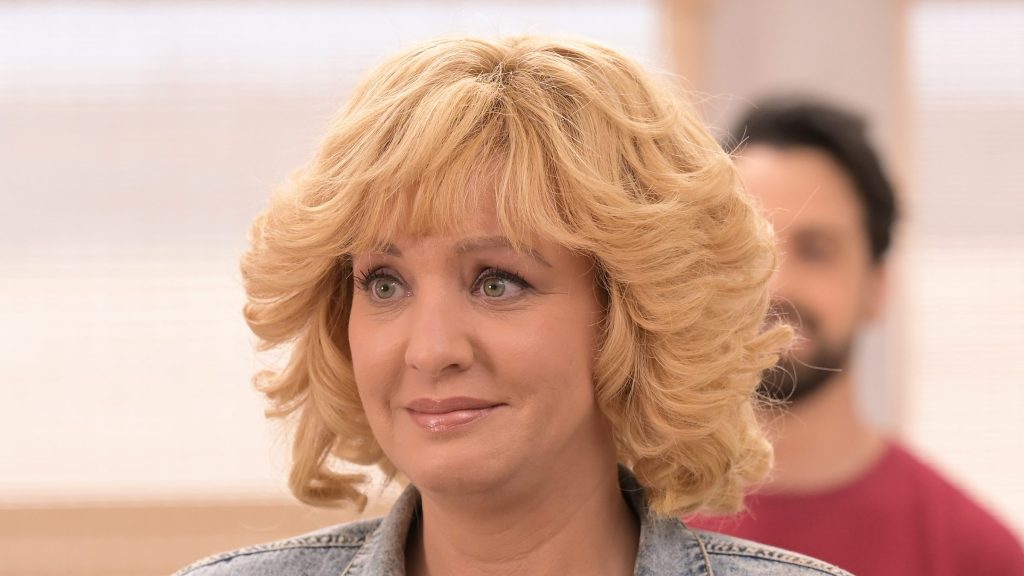 When George Segal passed away this March, Wendi McLendon-Covey and her collaborators on ABC comedy series The Goldbergs were put in a difficult situation—unable to pay tribute to him in Season 8, given that they were days away from wrapping production.

The series’ EP and star promises, though, that in Season 9, the beloved actor and his character, grandfather Albert “Pops” Solomon, will each get their due.

“Every time we open a season, it’s always a movie tribute, and I’ve got to hand it to our writers. We’re doing a movie tribute that actually takes us on a journey of where to spread Pops’ ashes,” she said. “It’s not only a traditional tribute, but hysterically funny, and you will cry your eyes out. Sean Giambrone and I could barely get through filming and we’ll be mentioning George a lot during this season.”

Grace weighed in, for his part, on the impact of Covid-19 on his series, which only aired for seven episodes in its first go-round, and the ways in which it’s been allowed to expand in scope in Season 2. “This season, our first episode is at Levi’s stadium in San Francisco, where the show takes place,” he said. “Jerry Rice is on it, so it doesn’t get any bigger than that, any quicker than that.”

Saladin and Helford touched on the ingredients that make a successful comedy, with the former addressing the importance of having a “strong point of view…where you are exposing your audience to something familiar, but from a different perspective than you see everyday.”

“It’s really about being about something, about having integrity, and caring about what you’re saying, and how you say it,” added Helford, “and a lot of it is having a wonderful cast that has chemistry that’s honest.”

Helford also was asked about the evolution in comedy over the decades, noting that the world today is “more complicated,” and expressing the belief that audiences aren’t as interested in “silly” fare as they once were.

“We have a much more sophisticated audience now than in the old days,” he said, “but great comedy always break through. I think we’re as funny now as we ever were.”

Then, there was Lilly, who tackled the subject of writing comedy, at a time when “things seem more permanent.”

The Black-ish EP noted that a more problematic aspect of today’s culture is that “there’s not a lot of space for context.”

He noted, at the same time, that this kind of culture can be “liberating,” because it requires writers to be very intentional about the work they’re presenting. “If you stand by what you’re saying and you’re not trying to hurt people, you’re always going to be in good shape, because you can stand behind it at the end of the day,” he said.

ABC’s redux of The Wonder Years premieres on September 22, as Home Economics returns for its second season, The Conners returns for its fourth and The Goldbergs arrives for its ninth. While Black-ish was renewed for an eighth and final season in May, a premiere date has not been set.