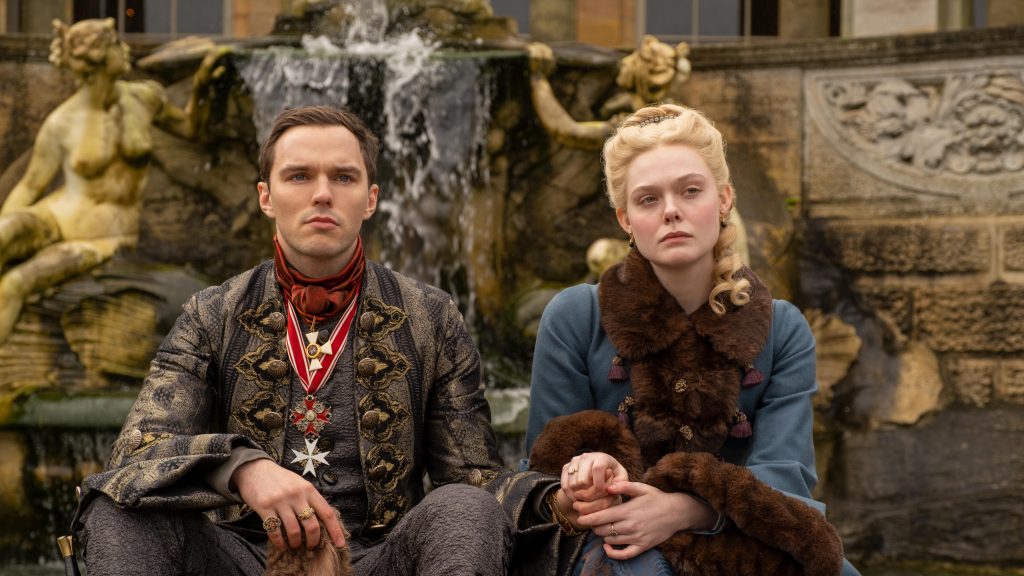 On Friday, the creators and stars of The Great stopped by TCA to tease the second season of their acclaimed Hulu comedy, which is set to premiere on November 19.

Creator, writer and EP Tony McNamara, EP Marian Macgowan, and EP-actor Nicholas Hoult were joined on the panel by EP-actor Elle Fanning, who touched on a “parental theme” running through the season, with regard to her character, Catherine the Great.

“Catherine [is] grappling with the fact that she’s going to become a mother soon,” Fanning said. “The baby is also kind of her protection because she knows while [he or she’s] in there she’s safe, and Peter’s not going to kill her.”

Hoult noted that for at least part of Season 2, his character Peter III is “in imprisonment and confinement.” The overthrown Russian Emperor will deal with the situation by “trying to better himself,” attempting to learn the French language, among other new skills.

EPs McNamara and Macgowan said The Great will stick to its formula this storytelling formula this season, by presenting “a bit of history, and a bit of what’s fun to do,” in the realm of satire.

Fanning later noted that the show’s cast members felt freed up this season to take bigger swings, because of the fact that they’d gotten to know their characters better. “I felt like we were really going for it and embarrassing ourselves, and just trying things, which inevitably is just funny,” she said. “We’re always trying to just see what sticks, and that’s what’s so great about the environment we create on set. It’s very warm and loving, and no judgement.”

“There is a little bit of judgment in those moments, on the receiving end of it,” McNamara quipped.

Elsewhere in the panel, the show’s creator addressed how long it might run. While he admitted that he is already “thinking” about another season, he said that he’s “not sure” about how many more seasons of The Great there might be. “I sort of have versions of it that go a few more,” he said. “Really, I’m focused season to season, but I do sometimes think we’ve got such great characters and situations that you can always keep finding new elements.”

The Great is a satirical series, which tells the story of the rise of Catherine the Great (Fanning) from outsider to the longest-reigning female ruler in Russia’s history, with only a few occasional facts. In Season 2, Catherine finally takes the Russian throne for her own — but if she thought coup-ing her husband was difficult, it’s nothing compared to the realities of ‘liberating’ a country that doesn’t want to be. She’ll battle her court, her team, even her own mother in a bid to bring the enlightenment to Russia.

Meanwhile she’ll also battle her heart as Peter (Hoult) slowly transitions from much-hated husband, to prisoner? Ally? Lover? Ultimately, Catherine will learn that to change a country, you must let it change you—that there is a fine line between idealism and delusion, and that becoming ‘the Great’ will ask more of her than she could have imagined.

Hulu unveiled the first teaser for Season 2 earlier in the day. Check it out above.