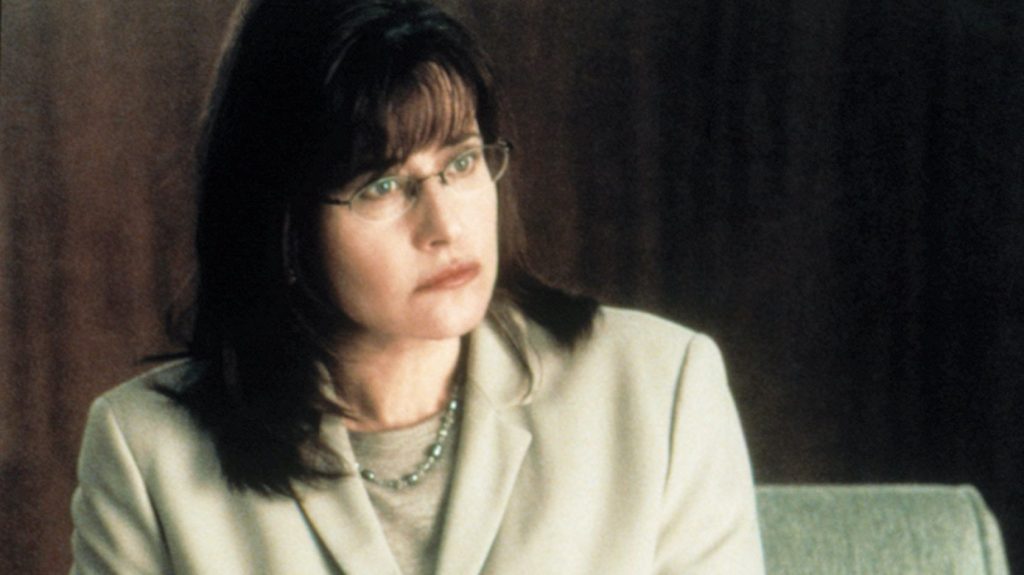 On a November 21 episode of the podcast Talking Sopranos, longtime Sopranos cast member Lorraine Bracco addressed her discontent with how her character, Dr. Jennifer Melfi, exited the iconic HBO series.

“I just felt that [creator David Chase] wanted me to get rid of [Tony Soprano]. I would have liked for it to have been more meaningful,” the Oscar-nominated actress told the podcast’s hosts, The Sopranos alums Michael Imperioli and Steve Schirripa. “I mean, I think she cared for Tony. Even though he was a f**k-up and maybe he was never going to really straighten out…I think she really cared for him. You don’t spend seven years with someone and discard them. I felt bad about that.”

Dr. Melfi made her final appearance on The Sopranos in the series’ penultimate episode, “The Blue Comet,” unceremoniously cutting ties with her longtime client from the New Jersey mob, after being badgered by colleagues at a dinner party, about a study addressing sociopaths’ abuse of talk therapy.

While Bracco later reiterated that she “didn’t like the way [Chase] ended” her character’s relationship with the mob boss, played by the late James Gandolfini, feeling that “that was rough” and “abrupt,” she also expressed admiration of the series on the whole, and pride for having taken part in it. “20 years later,” she said, “we can honestly say that it has withheld its beauty.”

Elsewhere in the podcast, Bracco discussed the scenes she would have liked to have seen between her character and Gandolfini’s, noting that it would have been “fun” if Tony had brought his wife Carmela (played by Edie Falco) and his kids (played by Jamie-Lynn Sigler and Robert Iler) to some of his therapy sessions.

She also gave her take on the series’ iconic cut-to-black ending, sharing that she has no opinion, as to whether Tony is dead in the end, or alive. “Part of me says, ‘Well, it was David Chase’s genius that we’re still talking about this and confused about it 25 years later,’ and the other part says to me, ‘Okay. David’s saying, F**k you. Nighty night. I’m out of here,’” the actress reflected. “I mean, I don’t know. There’s a million ways to go. But the genius is that we’re still talking about it. So for that, bravo, David.”

Bracco also noted that she “begged” Chase at one point to play Dr. Melfi’s husband, though he of course ultimately declined, saying that he was “too busy writing, editing, blah blah blah.”

Dr. Melfi was introduced in The Sopranos‘ pilot, counseling its titular mob boss over the course of 71 episodes. Bracco was awarded for her portrayal of the character with three Golden Globe nominations and four Emmy noms, among other accolades.

Check out the actress’ entire Talking Sopranos appearance above.

All the Fashion Details From The Bachelor Season 26 Episode 2
Diane Guerrero, Stephanie Beatriz – What Else Can I Do? (From “Encanto”/Lyric Video)
Charlie Puth Gives Heartwarming Advice to Aspiring Actor Rejected From Julliard
Gunna & Future – pushin P (feat. Young Thug) [Official Audio]
Remembering Aaliyah’s Many Triumphs Before Her Tragic Death