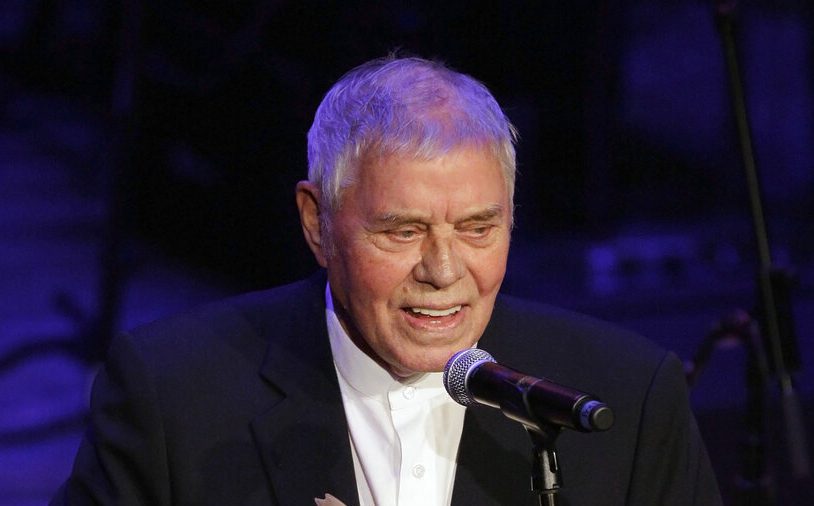 Tom T. Hall, a Country Music Hall of Famer who wrote “Harper Valley P.T.A.” and was known for such songs as “I LIke Beer,” died today at home in Franklin, TN, according to his son. He was 85. No cause of death was given.

A consummate country songwriter, Hall is known for the such classics as “That’s How I Got To Memphis” and “Harper Valley P.T.A.,” the latter a crossover smash for Jeannie C. Riley in 1968.

Hall entered the Country Music Hall of Fame in 2008, alongside Emmylou Harris, The Statler Brothers and Ernest Stoneman. He was a Grand Ole Opry member since 1971.

During his long career, he wrote 12 No. 1 hit songs, with 26 more reaching the Top 10. Rolling Stone included him on its list of 100 Greatest Songwriters, an apt tribute for a man who earned the nickname”The Storyteller,” given him by Tex Ritter.

Born in Olive Hill, Kentucky, Hill got his early start performing in a band that played before movies for a traveling theater. After joining the Army, he performed on Armed Forces Radio and wrote humorous songs about his Army life.

He returned to civilian life and enrolled in Roanoke College, working as a DJ on several stations in West Virginia and Kentucky in the 1960s.

His songwriting breakthrough came when Jimmy C. Newman recorded “Dj for a Day,” which prompted Hall to move to Nashville and begin working as a staff songwriter at Newman’s Newkeys Music publishing company. It was there he appended the middle initial “T” to his name.

But the big breakthrough came with Jeannie C. Riley, who recorded “Harper Valley PTA” in 1968. The record skyrocketd to No. 1 on the Billboard Hot 100 and County Music singles charts, an impressive feat in a rich music era.

The record sold over six million copies and won Grammy and CMA Awards, going on to inspire a motion picture and television show of the same name. Hall used the momentum from that major hit to build his own catalog, including such hits as “A Week in a Country Jail,” “I Love,” Country Is,” and “I Care” the latter a No. 1 hit in 1975.

Hall largely retired from public life in the 1990s, but made his last public appearance in 2011.

No details on survivors or memorial plans were immediately available.