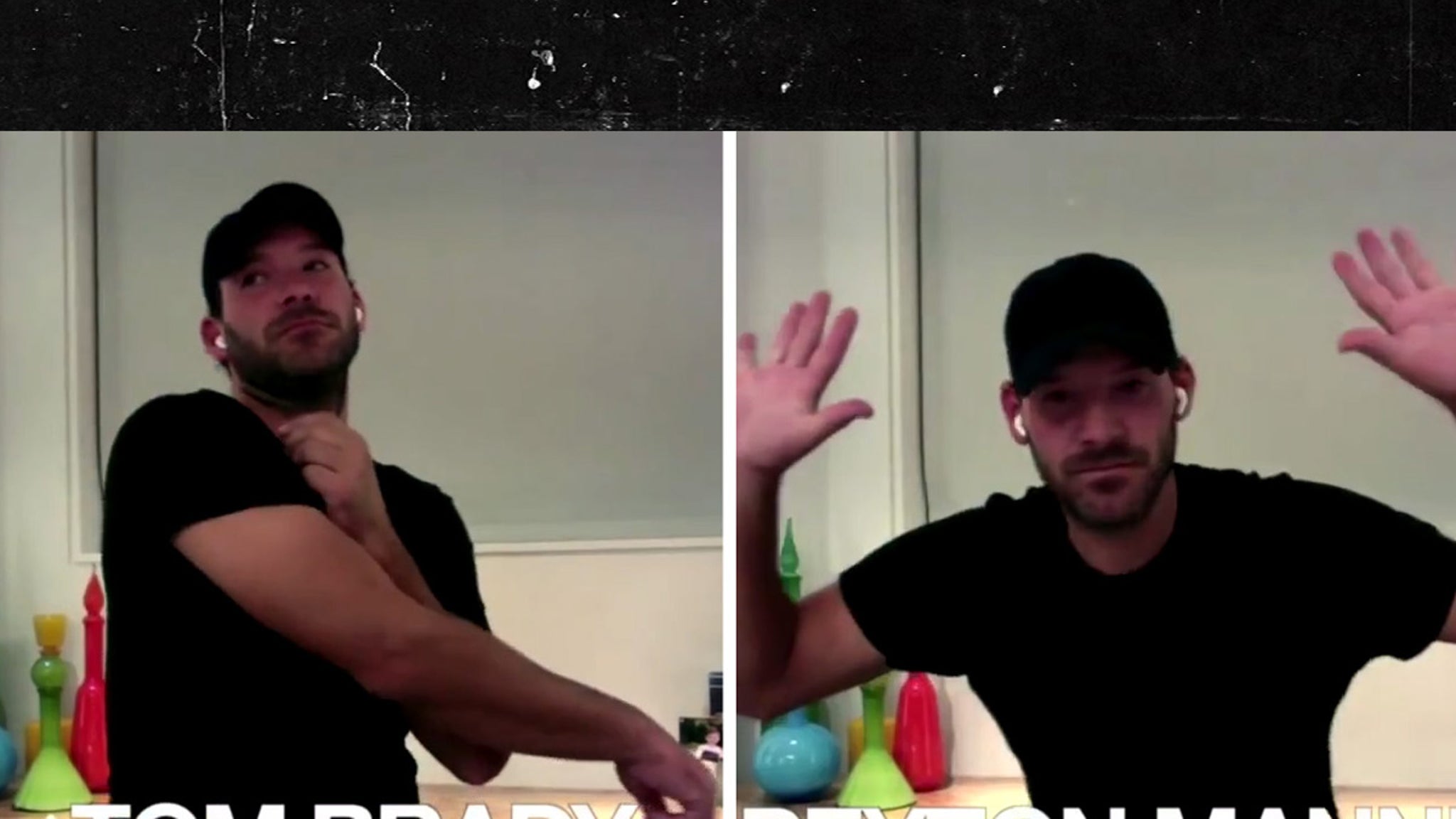 Pro Bowl QB, one of the NFL’s best broadcasters … and now, an insane impressionist?!

Yup, Tony Romo really can do it all … ’cause the former Dallas Cowboys superstar showed off his imitations of Tom Brady, Peyton Manning and Brett Favre this week — and they were all AWESOME!!!

TR joined Jimmy Kimmel on “Jimmy Kimmel Live!” … when the comedian asked Romo to show the world his impersonations of some of the NFL’s most notable quarterbacks.

Tony was initially pretty bashful about it all … but when he got going — it was hilarious!!

Romo started with Brady, and it drew a HUGE laugh from Kimmel and the audience. The 40-year-old then went on to Manning and Favre, and they were equally as good!!!

“You could be in Vegas in the offseason doing this stuff!” Kimmel told Romo after the bit. “Think about it, Tony!”

“Well, I could be,” Romo fired back. “And then my wife would say, ‘Then go ahead and stay there!'”

Romo, man. Who knew he was such a character?!