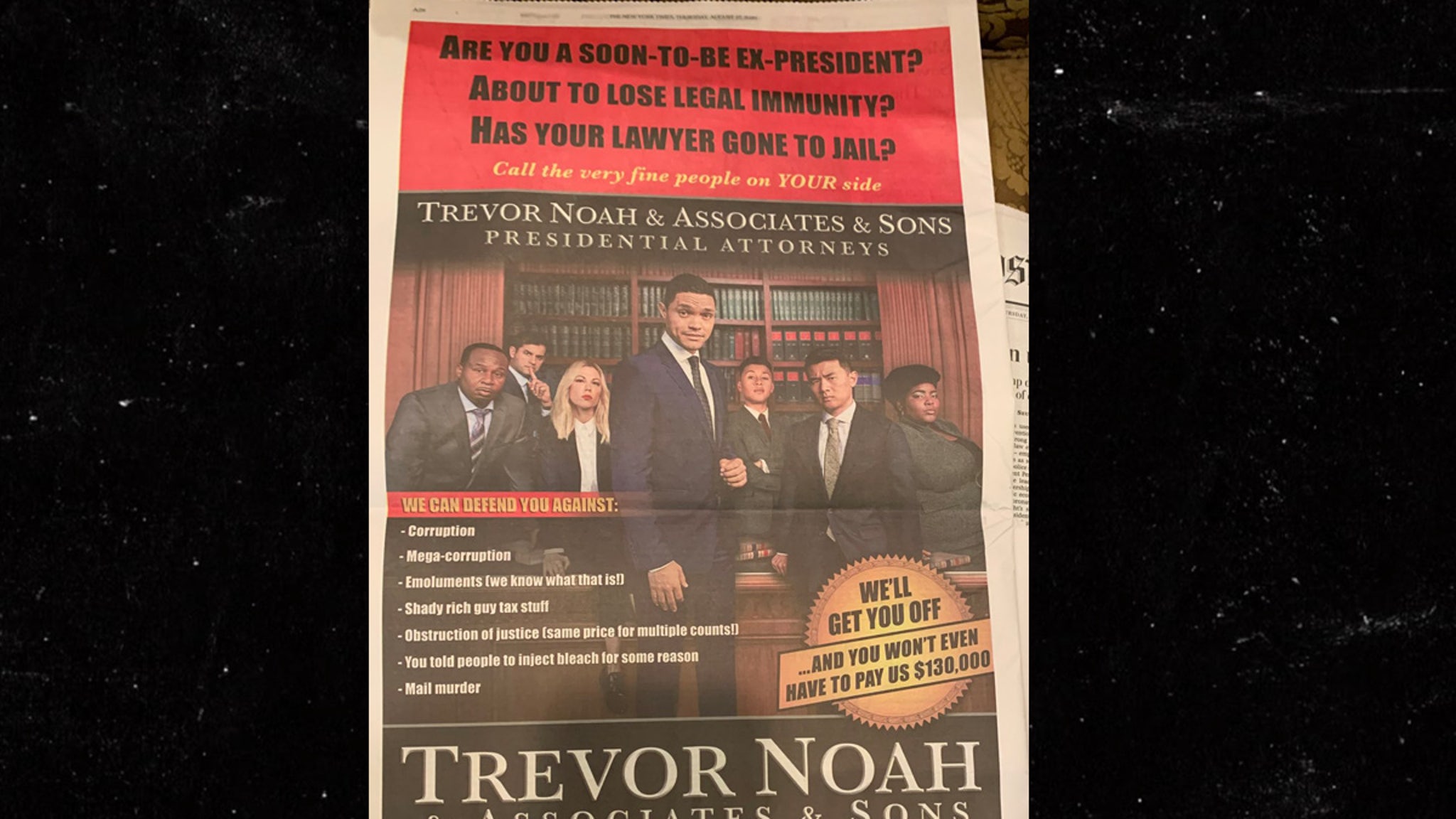 Trevor Noah, Esq. is ready to defend President Trump against a flood of lawsuits once he’s out of office … that’s if POTUS can’t get Larry H. Parker on the line.

‘The Daily Show’ host took out this hilarious full-page ad in Thursday’s Washington Post … although we doubt anyone in the White House is laughing. In it, Trevor Noah & Associates & Sons say they’ll defend an unnamed “Soon-to-be-ex-President” against “Corruption, mega corruption, shady rich guy tax stuff and mail murder.”

Hell, Trevor says they’ll even stand up for Trump because “You told people to inject bleach for some reason.”

Yes, Dems will laugh it up, and the GOP will hate the ad — which wasn’t coincidentally taken out the day the Prez accepts his party’s nomination.