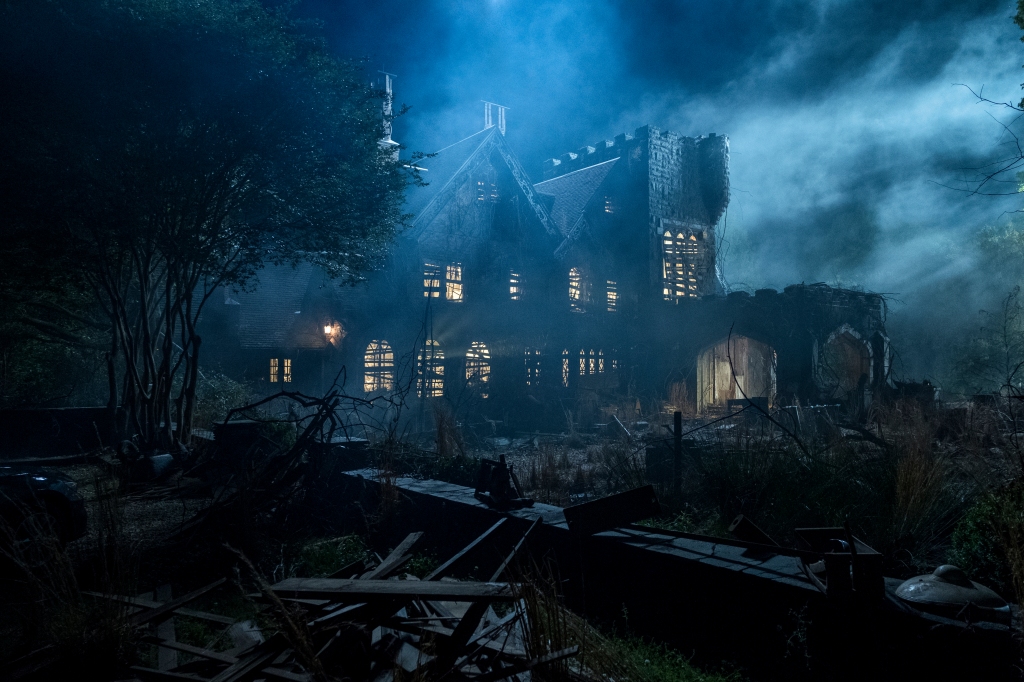 The series follows members of the Crain family, haunted by long-dormant fears from their time living in the menacing Hill House as children and forced to face the ghosts of the abode’s grisly past. It was  created, directed and executive produced by Mike Flanagan (Hush, Oculus, Gerald’s Game) and exec produced by Trevor Macy via their Intrepid Pictures.

The two theme parks will bring Hill House to life in Halloween Horror Nights mazes where guests embark on the dark journey experienced by the Crain family.

Scenes from the series will be featured throughout the maze including the Red Room, the heart of Hill House, and the Hall of Statues along with apparitions from William Hill (The Tall Man) to The Ghost in the Basement to The Bent-Neck Lady. “The Haunting of Hill House mazes will test even the bravest guests as they attempt to escape the entanglement of the estate’s eternal stranglehold or succumb to [its] powerful forces, leaving them to wander the endless halls forever … alone,” Universal promised.

“I have loved Halloween Horror Nights for so long,” said Flanagan. “Some of my favorite memories of Halloween were made at Universal Studios, screaming and laughing with my friends. It is such an honor to be included among such fantastic Haunts, and I’m so glad that fans will be able to walk the halls of Hill House this Halloween. This is – without a doubt – one of the coolest things that’s ever happened to us at Intrepid.”

John Murdy, executive producer of Halloween Horror Nights, said, “We continuously challenge ourselves to raise the bar with each maze we create.”

Halloween Horror Nights open Sept. 3 in Orlando and Sept. 9 in Hollywood. Both will run select nights through October 31.

Currently streaming globally on Netflix, “The Haunting of Hill House” is produced for Netflix by Amblin TV and Paramount Television.