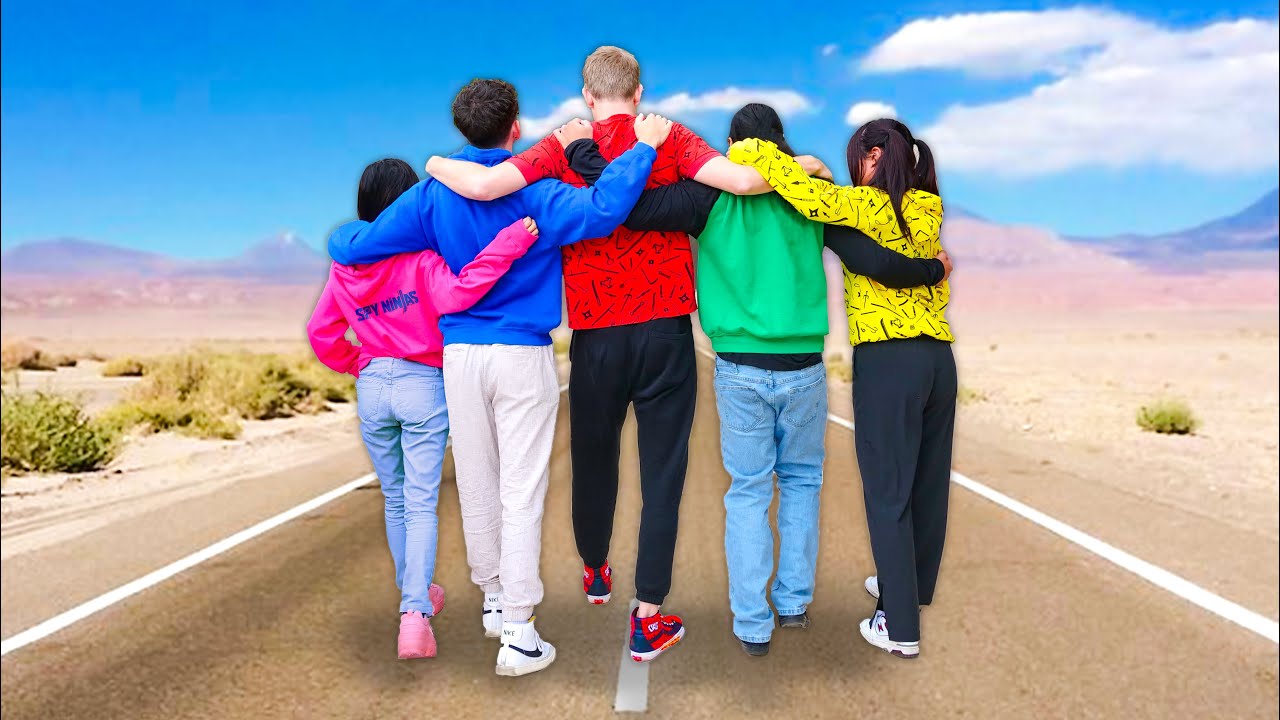 Today is the Spy Ninjas Apocalypse! The evil PZ Leader will attempt to erase all existence of us; our merch, our books, our gadgets in stores, and our lives… We are not going down without a fight! Vy Qwaint, Daniel Gizmo, and myself (Chad Wild Clay) are battle ready to avenge our fallen friends, Regina Ginera & Melvin PZ9. Two days ago, Regina entered the POD and got radiation poisoning. She was put in an ionization chamber, however the Project Zorgo Leader cranked the power all the way up and disintegrated her. Yesterday, her brother, Melvin PZ9, sought revenge and single handedly fought a gang of hackers but ultimately met his match against the robotic leader, who terminated him with a heart-stopping electric punch.

SPOILER ALERT: Bryan called to alert us that hackers were attacking our Spy Ninjas Training Center (HQ). We rushed over there in our Tesla, fought a couple hackers, and rescued Bryan who was buried underneath rubble. That’s when we received a call from the PZ Leader taunting us that he’s captured our friend, Alie, but has also sent hackers to trash our safe house. We had a choice to make and we hurried to save Alie. However, her brother, Agent Peters, tricked the leader by pretending to transfer his crimes over to Alie, but in reality he called the police on himself, allowing his sister to be set free. Alie joined Chad, Vy, and Daniel in the Tesla while they watched their friend Justin, the Cloaker, show up to teach those hackers a lesson in manners. Unfortunately, he got zapped by the leader and taken to HQ.

Meanwhile, a mysterious figure found Melvin and revived him. The mysterious figured turned out to be Regina, who managed to escape the ionization chamber before being evaporated. We learned Justin had been taken to HQ so we raced there and battled more hackers. We got overpowered and captured but Melvin and Regina showed up, threw some karate kicks and saved the day. The Spy Ninjas are united once again! Off to find the Leader and save The Cloaker.

Daniel learned the only way to stop the PZ Leader is to enter the radioactive POD, the Leader’s brain, and shut him down from the inside. Vy and I weren’t able to talk him out of it so they said their goodbyes before heading to battle the PZ Leader.

First, I faced off against the Leader. After my first punch, I quickly learned the leader is made out of metal. I pulled out my stun chucks to shock him and it worked, for a second, before he was able to resist the zap and kick me in my injured back.

While all the Spy Ninjas took turns facing off against the leader, Daniel was on a mission to sneak past a group of hackers by distracting them with his handy dandy Daniel Gizmo drone. Unfortunately, they caught the drone but he was able to use the Decoy and Diversions Kit to play the song “Come Back Chad” which lead them off in the wrong direction.

The Spy Ninjas martial arts skills were no match for the PZ Leader. Vy noticed that I was missing and she went off looking for me. She ran into Daniel who was about to enter the POD room. However, the door suddenly closed preventing Daniel from going inside the POD… you’ll just have to watch to see what happens next.

Daniel Gizmo – The End of Melvin…

Vy Qwaint – The End of Regina…

Chad Wild Clay – The Team is Back Together…

Most royalty free background music is from Epidemic Sounds. You can use their music in your videos by clicking here