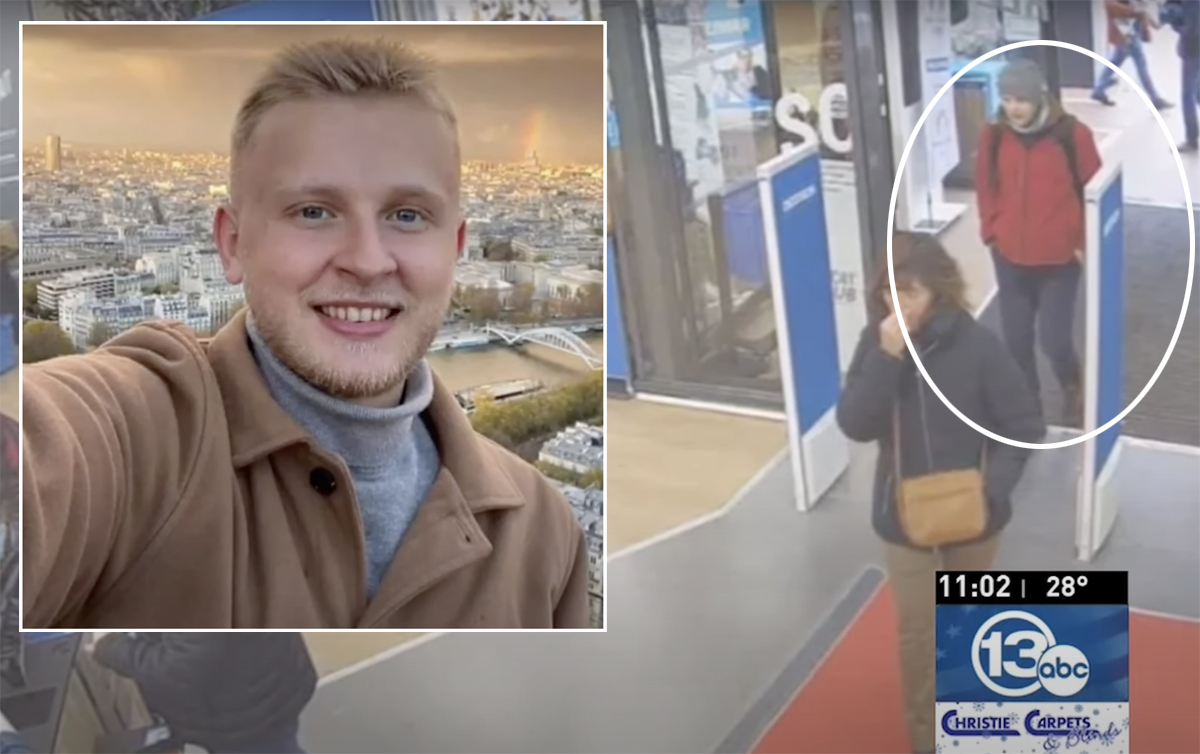 An American college student has been missing in France since late last month, and his family is desperate for answers.

Kenneth DeLand Jr. was studying abroad in the Grenoble area when he boarded a train to the southeastern town of Valence on November 27. Up until that point, he had been in regular communication with his family back home via WhatsApp text messaging. However, after he boarded that train, they never heard from him again — and they’re frantically trying to figure out what happened.

The 22-year-old known to family and friends as Kenny is a student at St. John Fisher University in Rochester, New York. He had been spending the fall semester studying French at Université Grenoble Alpes as part of a study abroad program. The plan was for him to finish out the semester and return home on December 17. His French visa expires early next year, according to DeLand’s family.

Now the family is asking for more focus on Kenny’s disappearance. They have started a website with pictures and information about their son. And in a new interview with GMA, they spoke about the difficulty of going through this situation.

They told the daytime TV news outlet on Monday morning:

“We fear the worst and want him to be located.”

According to the outlet, Grenoble’s public prosecutor first opened an investigation into DeLand’s disappearance back on November 29. It came about after a report “by [other] students of the disturbing disappearance of a 21-year-old [sic] American student who had come to Grenoble to study French.”

Interestingly, surveillance cameras captured DeLand entering a sporting goods store in the city of Montelimar on December 3 (as pictured, above). That was about a week after his parents last heard from him. Inside the store, he made a purchase for $8.40, and then went unaccounted for once more.

His parents have since filed a missing persons report with the French police. Authorities will now notify them if he were to use his passport to board a train or flight to leave France. NBC News reports DeLand hasn’t updated his social media accounts since more than a week before his parents last heard from him.

In their statement, per NBC News, the prosecutor’s team added:

“The young man reportedly told several people that he had arrived in France insufficiently prepared and that he had difficulty making friends. He appears to have left Grenoble voluntarily. He also mentioned that he wanted to go to Marseille before returning to the United States.”

DeLand’s father is worried about his son after the abrupt end to their communication.

The senior DeLand told GMA on Monday he had been in “constant communication” with his son until November 27:

“He would reach out to me almost daily, sometimes every other day. Kenny’s a friendly, outgoing college student, a young man. He loves to travel. So, this trip has been something that he’s really looked forward to and enjoyed.”

Meanwhile, university administrators and those from the American Institute for Foreign Study are “in close contact” with officials in France. In a statement released to ABC News, a university spokesperson said:

“Our campus community remains hopeful that Kenneth will be found safe and return home.”

And an AIFS spokesperson added:

“[The AIFS] joins others concerned for his safety and we are working with local law enforcement who have begun a search. We have been in contact with Kenneth’s family and university and we are hoping for his swift and safe return.”

According to the website dedicated to finding DeLand, he is six feet tall and weighs roughly 190 pounds.

When he was last spotted in that southeastern France sporting goods stores on December 3, he was wearing a red jacket, a gray hat, a scarf, blue jeans or slacks, and a black backpack.

You can see his family’s Monday morning interview with GMA (below):

And the DeLand family also spoke to a local news station in the Rochester area over the weekend, too (below):

Such an awful situation. We pray he is found safe and sound. You can view the missing persons website dedicated to finding Kenny HERE.