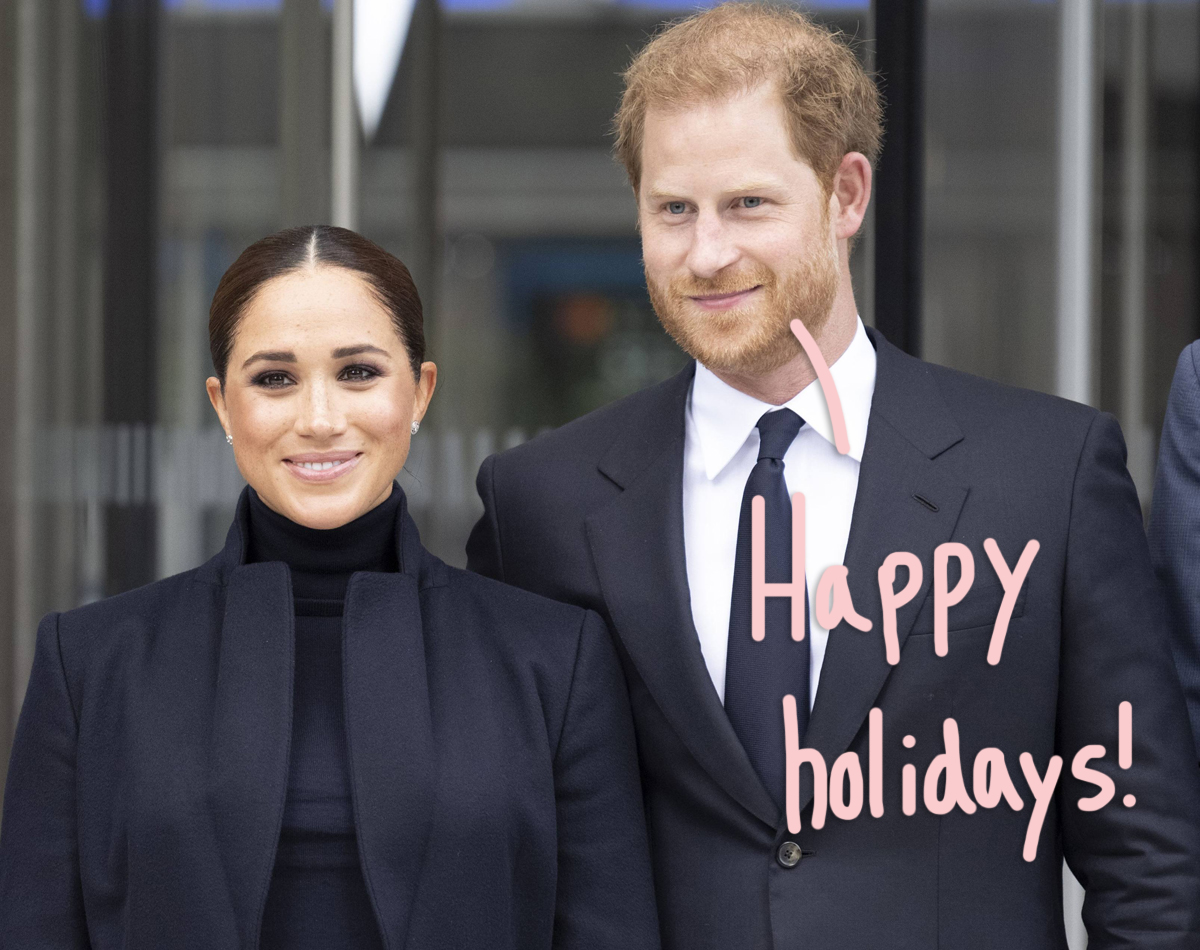 Meghan Markle and Prince Harry are getting into the holiday spirit!

Just one day after the second part of their documentary series Harry & Meghan dropped on Netflix, the Duke and Duchess of Sussex released their annual Christmas card on Friday. However, it’s noticeably two people missing from it: 3-year-old son Archie and 18-month-old Lilibet Diana! The children were both featured on the card in 2021, but they’ve surprisingly been left out of it this year! Instead, the greeting features a black-and-white picture of the couple at the Robert F. Kennedy Ripple of Hope Award Gala in New York City earlier this month. Meghan wore a gorgeous white off-the-shoulder dress, while Harry sported a simple black tuxedo.

On the top of the virtual card, which was sent via an Archewell Foundation email, are the words:

“Wishing you a joyful holiday season.”

It then continues to read:

“From our family to yours, and on behalf of our teams at The Archewell Foundation, Archewell Audio, and Archewell Productions, we wish you health, peace, and a very happy new year!”

The pair then signed the card, saying “best wishes” with their signatures underneath. They also added:

“Prince Harry and Meghan, the Duke and Duchess of Sussex.”

Ch-ch-check out the sweet greeting card (below):

“From our family to yours, and on behalf of our teams at The Archewell Foundation, Archewell Audio, and Archwell Productions, we wish you health, peace, and a very happy new years!” pic.twitter.com/OmS1DIGLVx

While Meghan and Harry opted not to include their kids in the holiday card this year, Prince William and Princess Catherine AKA Kate Middleton made sure their children – Prince George, Princess Charlotte, and Prince Louis – were front and center as they were photographed strolling around their home in Norfolk, England. The Prince and Princess of Wales captioned the family photo:

“Sharing a new picture of the family for this year’s Christmas card!”

— The Prince and Princess of Wales (@KensingtonRoyal) December 13, 2022

While the couples are spreading the holiday cheer, they currently are quarreling as Meghan and Harry continue to put the royal family on blast in their six-part docuseries, including claims they planted stories about the pair. In fact, Harry accused William of breaking a promise they made to stop their offices from spreading negative stories about each other to the media:

“William and I both saw what happened in our dad’s office and we made an agreement that we would never let that happen to our office. I would far rather get destroyed in the press than play along with this game or business of trading, and to see my brother’s office doing the same thing that we promised the two of us would never, ever do, that was heartbreaking.”

Despite the tension between the brothers, they aren’t letting it get in the way of their kiddos Christmas. People reported earlier this week that they will continue the tradition of exchanging presents for the children this year. We love to hear them putting their differences aside for the little ones!

Reactions to the Christmas card, Perezcious readers? Let us know in the comments!