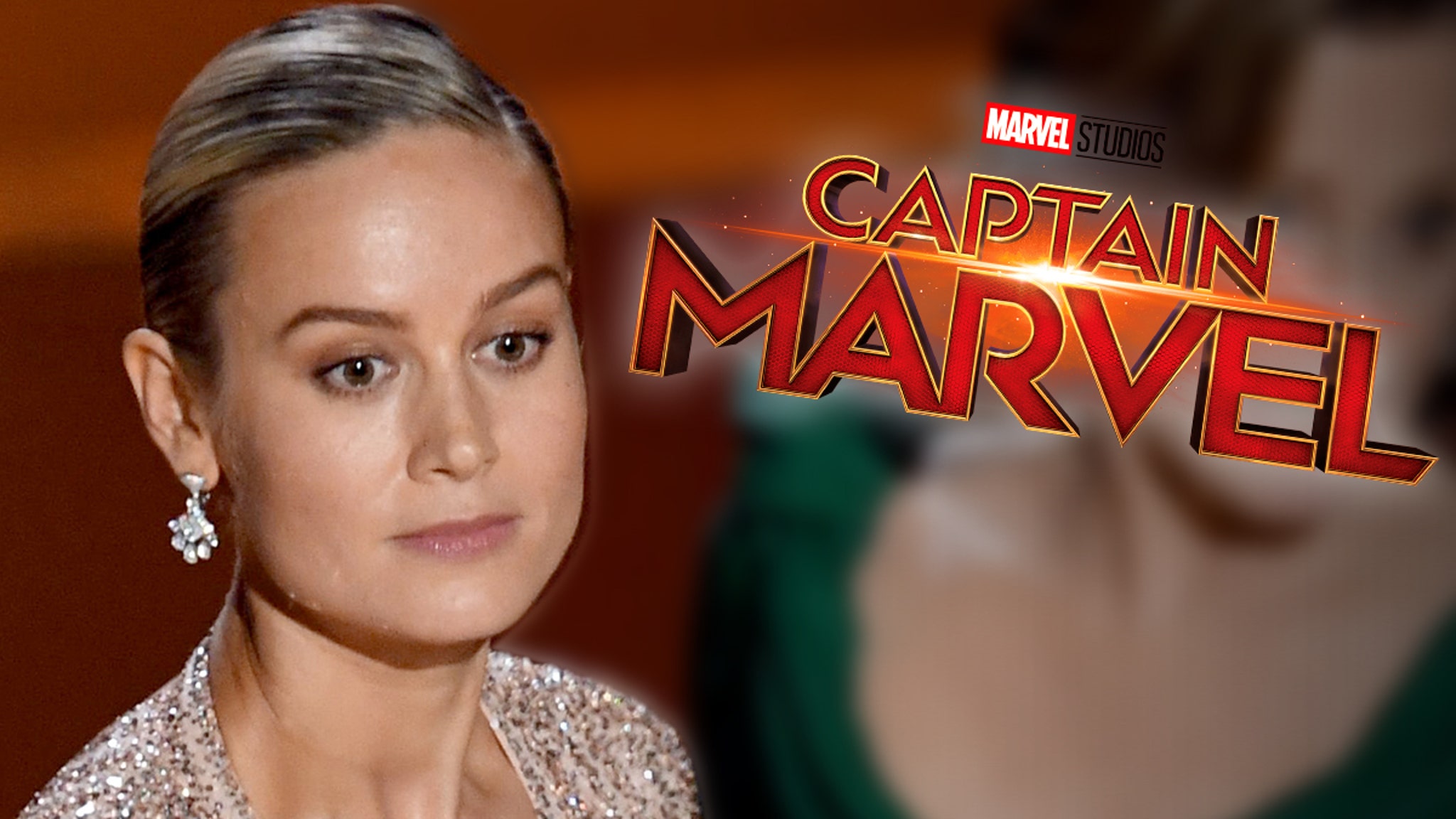 Brie Larson can’t catch a break in the world of Marvel — something she acknowledged this weekend with a snarky answer … for which the internet is once again criticizing her.

The actress was on hand Saturday at the D23 Expo — where Disney showcased a ton of new stuff they got coming out. One of those projects, “The Marvels,” involves Brie and her character Captain Marvel … only this time, it’ll include other ladies with Marvel-like powers.

“I don’t know. Does anyone want me to do it again?” https://t.co/lyxUEr5y6V pic.twitter.com/sz78oVWKBD

While she was doing press outside the main stage area, she was asked a pretty straightforward question — how long do you think you’ll continue to play Capt. Marvel?

Her answer’s telling. She says she frankly doesn’t know, openly wondering/questioning whether people actually want her to take up the mantle any more than she already has. It was a little tense, and the interviewer tried lightening the mood … to no real avail.

Honest answer: Brie always came across as very smug and arrogant in her interviews when Cap Marvel came out. She thinks she’s being witty, but it comes off as hostile. This looks to be another instance where she thinks she’s being playful but isn’t coming off that way.

Now, the backlash … Brie’s catching flak from a good amount of folks replying to this video in the comments — with their main gripe being, why is she making such a big passive-aggressive stink over such a layup of a question … especially with this saga being years old.

We’ll spare you the details of it all, but essentially … when Brie was cast as Captain Marvel back in 2018 and with its release in 2019, there was a lot of seemingly random hate aimed at her — for a variety of reasons not even we understand. Her critics say she’s simply unlikable — her advocates say she’s the victim of blatant misogyny by a rabid fan base.

Why does Brie Larson go out of her to be as insufferable and unlikable as possible in so many interviews? Probably has one of the most inflated egos of any actor working in Hollywood today. https://t.co/2VFFIoa2ra

The apparent dislike for her wasn’t just confined to Twitter either — there were reports of her movie and others she was affiliated with around the time getting review bombed by people who simply wanted to spite her … again, for reasons ill-defined and out of nowhere.

It’s been 4 years since Brie Larson gave a eloquent speech in which she stated nothing but facts and to this day nothing has changed every single project that marvel has released which had any POC or any lead female character got review bombed to this day her point stands. pic.twitter.com/LqqX5XfnAj

Some have said her support of more diverse casts/critic pools — via inclusion riders, etc. — might be a catalyst … but in any case, Brie’s obviously aware of the target on her back. FWIW, Brie’s also getting a lot of folks rushing to her defense … but it’s a mixed bag.

Of course, she’s going to do this newest movie — which comes out next year — where she’ll reprise her character … but with all the grief she’s getting, we wouldn’t be surprised if she hangs it up and moves on from the Mouse House.

John Boyega gets this all too well … he, too, had a rough go with the ‘Star Wars’ fan base, and Disney at large. Safe to say, that studio and all that comes with it ain’t for everyone.