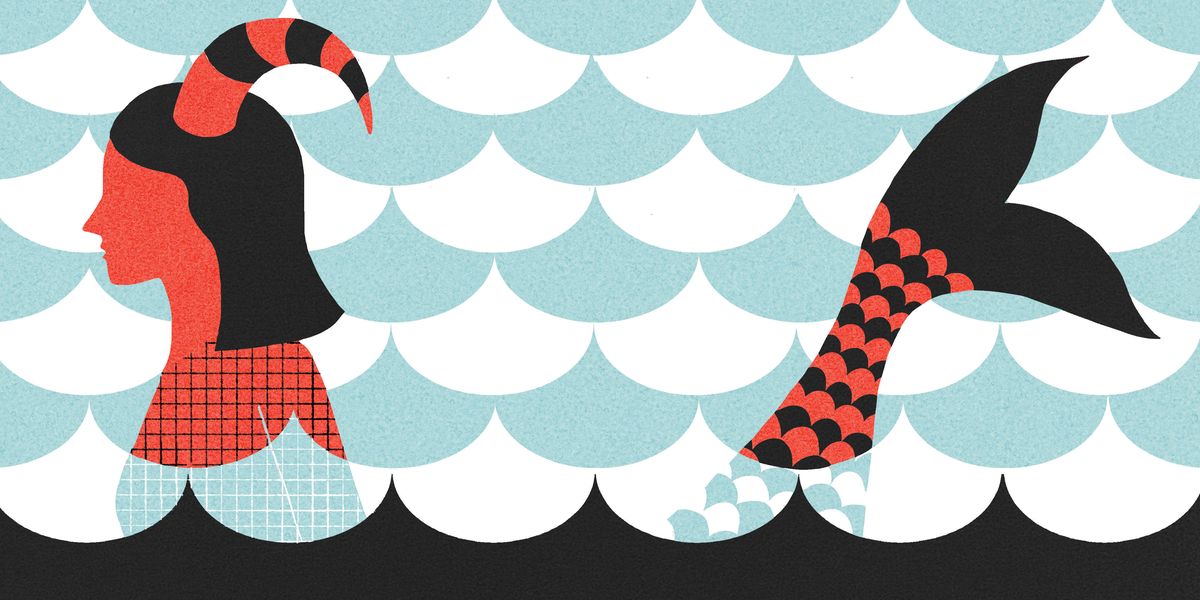 Friendship, romance…something in between? Feelings could be all over the map as November raises its curtain right in the middle of eclipse season, a time of unexpected change. On November 8, a total lunar eclipse lands in Taurus and your flamboyant fifth house, which could bring passion, drama and strong feelings surging up out of the blue. Thought you were headed into cuffing season single? Guess again, Capricorn.

Power down after November 22, when the Sun downshifts into Sagittarius and your restful twelfth house of endings for a month. Get that hibernation out of the way before the holidays—and Capricorn season—begin!

The November 23 Sagittarius new moon could serve up a moment of closure and healing. If you’re working on a creative or spiritual endeavor, this new moon brings a burst of inspiration, especially since mental Mercury AND alluring Venus are also both in Sagittarius. You could definitely enjoy getting cozy with a special someone under these fantasy-fueled skies, too.

Could it be someone you previously thought of as “just a friend?” With expansive Jupiter ending a four-month retrograde on November 23, a person from your community or social circle could start playing a more prominent role. It might be as a kindred-spirit friend or a work collaborator. Maybe something more! Either way, an inspiring dynamic duo could heat up between now and December 20.

With so many planets in your restful twelfth house over Thanksgiving weekend, you’ve got a cosmic invitation to take a well-deserved timeout. This is the forgiveness zone of your chart, so if you’ve been holding onto resentment, try a serving of gratitude, if only for the important lessons you’ve learned. You don’t have to let a toxic or unhealthy person back into your life, Capricorn. But release whatever YOU may be holding onto and stop letting it poison your own well. A closure ritual (perhaps burning something since there are so many planets in fire sign Sagittarius) might help you leave the past behind and set your sights on the future.

The future belongs to those who believe in themselves, Capricorn. Words to live by this month as the Scorpio Sun soars through your forward-thinking and authentic eleventh house until November 22. Because cutting-edge collaborations could take flight now, start adding a few like-minded people to your tribe. This month, it really is about who you know—and you might need to remind yourself of that. Nurture your existing bonds AND go forge some new ones.

Group dynamics will take a lot of energy to navigate this month, so prepare to mediate and manage your relationships, Capricorn. The Sun is in Scorpio until November 22, energizing your eleventh house of collaborations.

The November 8 Taurus full moon is a total lunar eclipse

Lights, camera, Capricorn! On November 8, the Taurus lunar full blood moon eclipse activates your fifth house of love, fame and self-expression. This is the second Taurus lunar eclipse in a series that began on November 19, 2021, and will ripple across the Taurus/Scorpio axis until October 28, 2023.

Sweet freedom—along with some pleasure, passion and joy—are yours for the taking. A creative project could put your name in lights. A budding attraction might blossom into full-on consummation at this full moon. With authentic, rebellious Uranus traveling in sync with the full moon, state your desires plainly, without apology or window dressing, and you’re likely to see them fulfilled. If you’ve got a new image to put on display, consider letting these moonbeams light your coming-out party. Debut a style makeover or tease a rebranded website. You’re ready to show the world a fierce and freshened-up version of yourself! The fifth house also rules fertility, so Caps of the childbearing set could hear sudden pregnancy news or have a frank discussion about babies if that’s on your agenda.

This moon-Uranus duo will lock into a tough T-square with several other planets, forming a three-way tug of war with tough Saturn (your ruler) in your money house and a Sun-Mercury-Venus trio in your eleventh house of groups and friends. The attention you attract may ruffle some feathers at work or within your social circle. Teammates and coworkers could feel jealous, as though you’ve upstaged them.

Wild night on the town? Maybe don’t post those pics where an employer can see (they can and do check your social media). The tense configuration with stern Saturn and the moon could ding your reputation. Keep it classy, Capricorn, and don’t do anything just for attention’s sake today.

Information overload? Trying to get a straight answer could be downright futile as stressful Mars in your analytical sixth house locks horns with nebulous Neptune in your communication sector. You may feel overwhelmed by too many options, or angered by the vague responses people give to your pointed questions. Instead of getting frustrated, make a list of the areas of your life where things are disorganized, unclear or in need of support. Maybe there’s a specialist to hire, a new skill to gain or important items to research. Once you’ve gotten a handle on that, you’ll be empowered to take decisive action.

Prepare to power down for a month starting November 22, when the Sun slips into Sagittarius and your twelfth house of rest and endings. Tie up loose ends and focus on closure. What do you want to leave behind before the new year—and your next birthday? Do the real work required to let that go: forgiveness, making amends, getting therapy or coaching around a troubling issue.

The November 23 Sagittarius new moon is the perfect time to begin a spiritual practice, restorative exercise or some other inner work. Need to say goodbye to a painful chapter of your life? Endings are beginnings at this new moon. It can help to see everything as a cycle or a valuable lesson that’s here to help you grow.

Warm up the mic! On November 23, expansive Jupiter ends a four-month retrograde, powering forward in Pisces and your third house of communication and local affairs. Between now and December 20, Jupiter is wrapping up a three-part visit to Pisces that’s been happening on and off since May 2021. A savvy idea or creative collab that got back-burnered could pick up speed now. Lean into your ambitious Capricorn ways and launch that podcast or pop-up shop before the holidays. Organize a neighborhood event and start sharing your message with your community.

With globetrotting Jupiter visiting your third house of community, many Capricorns searched for new neighborhoods to work and hang out in. Now that Jupiter’s direct, you can resume your location scouting. On December 20, Jupiter will return for a second trip through Aries and your fourth house of home, which could see you relocating or settling into a more permanent address before May 16. Until then, you might embrace the boho life and enjoy a nomadic winter. Considering a move? Hop around to some Airbnbs and experiment with daily life in locations you’re considering. This is the time to “try before you buy.”

A little bit paranoid there, Capricorn? With spicy Mars retrograde in your analytical sixth house until January 12, your mood could alternate between upbeat and anxious, even veering into hypercritical mode. Control issues can flare as the red planet back-pedals through this detail-minded and perfectionistic zone. Ease up on overanalyzing every little move (your own and theirs). With Mars in this fitness-focused zone, exercise could be a mood-saver. Channel your worries into a good workout instead of scrolling through an ex’s Instagram or fretting about what they meant when they said THAT.

Lightening the mood is romantic Venus, which is visiting Scorpio and your eleventh house of casual connections until November 16. If you’ve been obsessing over someone, Venus reminds you that there’s a whole sea full of enticing fish. Feelings could spark up unexpectedly with a platonic pal, or you might meet someone through mutual friends, at a networking event or online.

From November 16 to December 9, Venus moves into Sagittarius and your dreamy twelfth house, which could stoke your imagination in a big way. Even the most sensible Capricorns could find themselves swept away by an attraction or wistfully reminiscing about a past love. But how clearly are you seeing this situation? You’re prone to idealizing people now, so take the time to get to know that “soulmate” and make sure they’re trustworthy—oh yeah, and available!

For coupled Capricorns, this is a great time to reconnect on a sweet stroll down memory lane—perhaps to one of your favorite dinner spots or, if you can swing it, an overnight. Don’t let the busyness of the holiday season prevent you from slowing down and connecting. If anything, this is the best time to do it, before obligatory family gatherings cut into your bonding time.

Are you holding a torch for the one that got away? With Venus in your twelfth house of healing and closure, it may be time to close the door on a past romantic chapter. You’ve accepted excuses from someone who strings you along but never fully commits. Or maybe you’re the one dragging your feet. Sort through all these complex feelings now and take smart action.

With the Sun in Scorpio and your teamwork sector until November 22, you’re in superconnector mode. Head to the seasonal soirees and chat up new faces. Rally the troops at work to reach those year-end goals before the holidays. Yes, it’s a lot, but your extra effort will pay off when you get to take an actual vacation (and maybe stack up some record sales numbers to boot). Use this extra mojo while you have it because once the Sun slips into Sagittarius and your twelfth house of rest on November 22, you’ll be operating at low-power mode for the four-week cycle that follows.

A crowning moment arrives on November 8, when the Taurus lunar eclipse blazes up your fifth house of fame and attention. You could finally see your name in lights, whether it’s a passion project that gains critical acclaim or a post that goes viral and gets everyone buzzing— about YOU.

Identical twin sisters Ophira and Tali Edut (The AstroTwins), have been ELLE.com’s official astrologers for over a decade. They are the authors of several astrology books, including their popular yearly horoscope guides, and have read charts for celebrities including Beyonce, Karlie Kloss and Emma Roberts. For their spot-on predictions, books and online courses, visit them at  astrostyle.com.