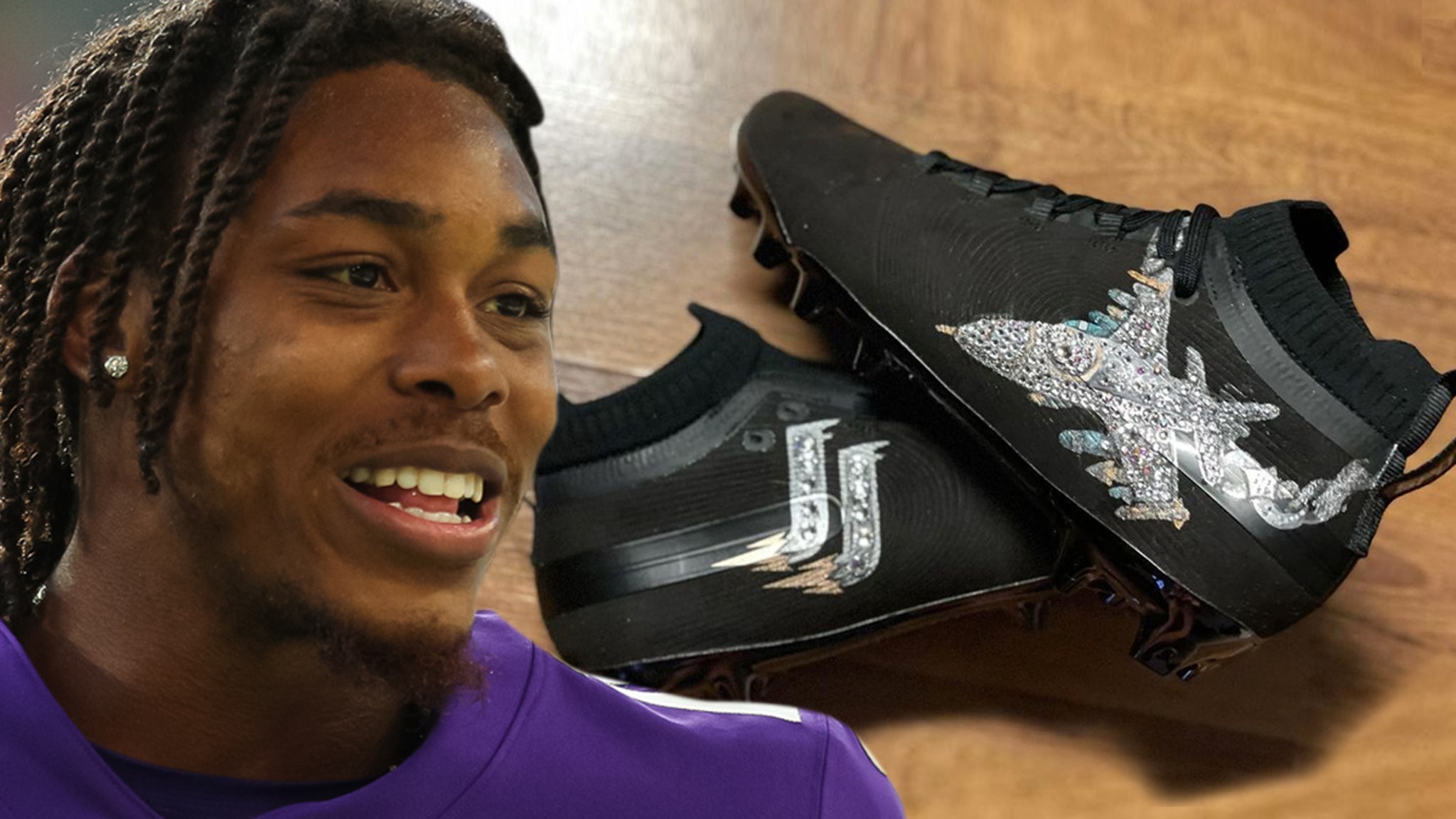 Justin Jefferson was not only the best player on the field for the Vikings this weekend — he was also the most swagged out … ’cause he rocked a pair of Swarovski crystal-filled spikes that were AWESOME!!

JJ hit up celeb shoe artist Mache for the pieces earlier this season — and the dude went crazy on the spikes … icing out a pair of all-black cleats for the Minnesota star to wear against the Seahawks.

On one of the shoes, Mache threw crystals on a big jet — a nod to Jefferson’s “jet” nickname (as well as his sweet diamond pendant). On the other, the artist made two “Js” shine as well.

And, Jefferson certainly didn’t disappoint in his first game wearing them — catching 9 passes for 118 yards and a touchdown.

It wasn’t hard to see Jefferson was in love with the pair even before ballin’ out in them, ’cause Mache shared a video of the moment the wideout received them, and he was in awe.

Unclear if Jefferson has plans to rewear them again this Sunday against the Browns … but if he does, watch out, Cleveland.