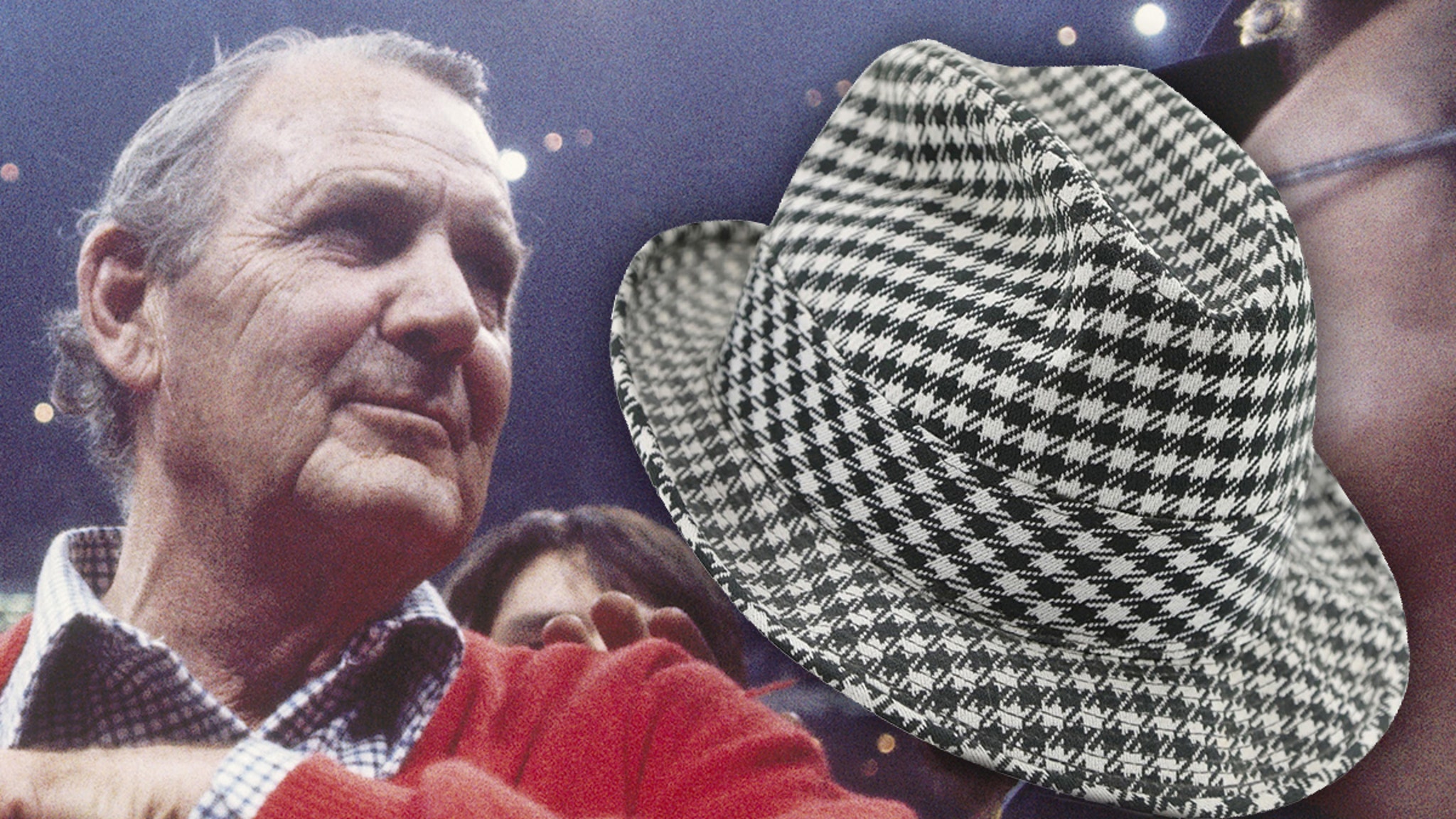 Paul “Bear” Bryant — arguably the greatest college football coach of all time — famously wore a Houndstooth fedora on the sideline … and now you can own an actual game-worn hat rocked by the late Alabama coach, cause one recently hit the auction block.

The hat — available at Lelands Auctions — is a size 7 3/8 hat with a gold stamp that says Paul “Bear” Bryant.

There’s also a logo inside the hat that confirms it’s an original. There’s also a letter of authenticity from Robert Crawford, a photographer who worked the Crimson Tide’s sidelines for 4 decades.

The hat shows minimal wear, according to Lelands.

The fedora currently has 7 bids … with the highest offer coming in at over $4,400.

If the price remains near where it currently is, it’s a huge bargain. Lelands previously sold 2 other Bryant hats for a combined $100+K this past year.

And, the 6 figure price tag isn’t surprising … that’s how important Bear was to the game of football.

In fact, the Coach of The Year award was renamed to the Paul ‘Bear’ Bryant Award in 1986.

Bryant also has several buildings on the Alabama campus — including the football stadium — that are named after him. He was also honored with a U.S. postage stamp in 1996.

So, if you want that Bryant swag … ya better act fast. The auction ends tomorrow night.

Why Penn Badgley Is the “Perfect Actor to Play a Serial Killer” on You
As ‘No Time To Die’ Hits $80M On Home Turf, Will UK Audiences Keep Flocking To Cinemas In Months Ahead?
Tech N9ne – Face Off (feat. Joey Cool, King Iso & Dwayne Johnson) | Official Music Video
Tyga Cooperating with Authorities After Ex Claims He Got Physical, Posts Alleged Injuries
Whoopi Goldberg Says No Hard Feelings Over Barbara Corcoran’s Fat Joke