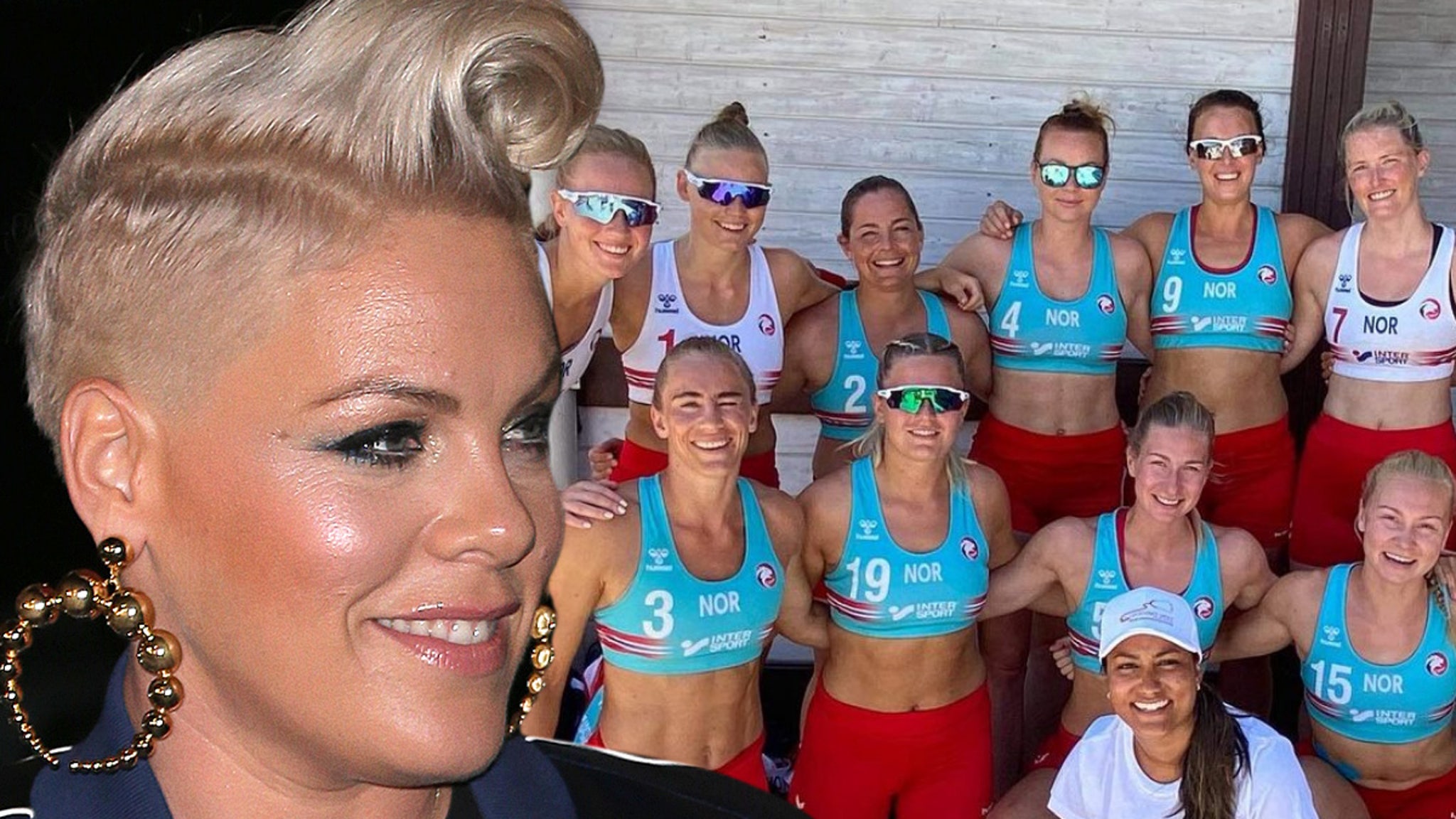 P!nk says she’s proud of the Norwegian women’s beach handball team for standing up against the “very sexist rules” about their uniforms … and she’s offering to pay their fines for the protest.

The singer-songwriter went even further with her support too … by calling on the European Handball Federation to instead be “fined for sexism” for levying financial penalties last week against the women.

I’m VERY proud of the Norwegian female beach handball team FOR PROTESTING THE VERY SEXIST RULES ABOUT THEIR “uniform”. The European handball federation SHOULD BE FINED FOR SEXISM. Good on ya, ladies. I’ll be happy to pay your fines for you. Keep it up.

ICYMI … the ladies from Norway made a statement on their sport’s uniform double standards last week by wearing shorts during a game instead of the required bikini bottoms.

The team had reportedly been planning the protest for weeks — as you can see, the men are not required to wear uniforms nearly as revealing as the women — and it resulted in each player getting fined around $177 each.

Even though the Norway Handball Federation has vowed to pay the fines, P!nk says she’d be happy to do it as well … and is encouraging the women’s team to “keep it up.”