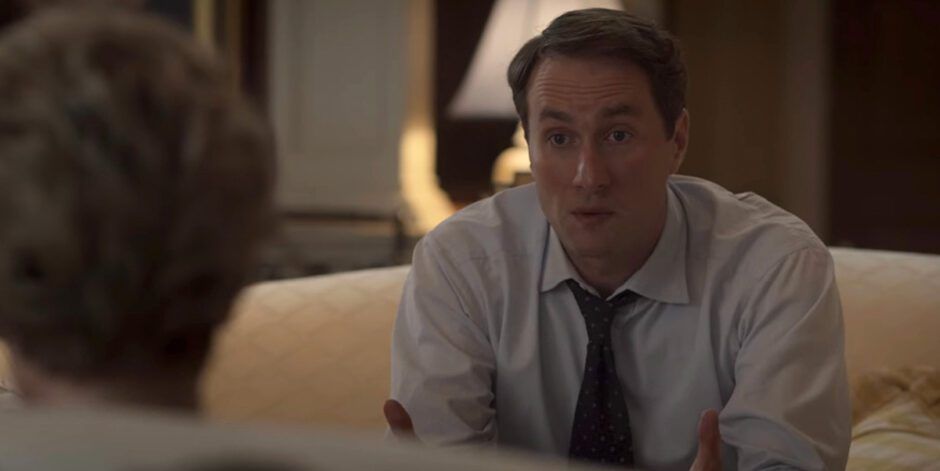 In the early days of Princess Diana’s marriage to the man who’d become king, Dr. James Colthurst knew something most of the world as yet did not: The Princess of Wales was miserable. An old friend from her days as a blushing London socialite, Colthurst shared her stately pedigree; as the second son of an Irish baronet, his family home was a literal castle. More importantly, they shared a confidence—one of the few in the late princess’s short life that was challenged but never outright betrayed.

In the latest season of the Netflix drama The Crown, Colthurst is depicted in only one episode by the actor Oliver Chris. True, his scenes with Elizabeth Debicki’s Diana are hardly the finest acting work in a series stacked with high-caliber performances. And yet, a niggling sense of loss remains after the season 5 finale; many of Diana’s most important moments and relationships are relegated to a handful of scenes. Her friendship with Colthurst is one of them.

I’m not unsympathetic to The Crown’s need to cover entire decades in the span of a few hours. But denying Chris’ Colthurst even one additional appearance feels like a missed opportunity. Showrunner Peter Morgan takes a measured approach to his depiction of the princess, refusing to commit to either her side or Prince Charles’, and further refusing to allow The Crown to become The Diana Show. But the errors of omission seem to appear more frequently in Diana’s camp. Further integrating Colthurst would have contextualized Diana’s involvement in her own implosion.

The 17-year-old Lady Diana Spencer first met the future radiologist while he was still a medical student, at a chalet in the French Alps, where she slept on his Etonian friends’ sofa bed after injuring her ankle skiing. The two struck up a friendship they maintained until the princess’s tragic car accident in 1997. By the time we meet him in The Crown, he’s already a doctor at St. Thomas’ Hospital, and while he clearly has some sort of pre-established closeness with the princess, his primary role is to serve as the middleman for what would become the explosive book Diana: Her True Story.

Much of what The Crown depicts here is accurate. The journalist Andrew Morton, whom Debicki’s Diana refers to as “one of the friendly ones,” did strike up a chummy rapport with a 35-year-old Colthurst over lunches and games of squash, as journalist Tina Brown wrote in her 2007 book The Diana Chronicles: “Morton picked up on Colthurst’s message not to fish for information about the Princess, but he took care to water his source against the day he might.” Their camaraderie made its way back to Diana, and she agreed to record audiotapes of her answers to Morton’s interview questions, with Colthurst ferrying the tapes back and forth from writer to source.

Oliver Chris as James Colthurst in The Crown.

In The Crown, Chris’ Colthurst expresses some shock over the revelations in these interviews, but the real Colthurst had already known much of what was going on in Diana’s marriage. As Brown outlines, he knew she had bulimia nervosa; he knew that bodyguard Barry Mannakee was her first extramarital affair; he even knew that the Waleses had troubles in bed, with Diana confessing to Colthurst that the issues were “geographical” in nature.

Diana trusted Colthurst with startlingly intimate secrets, though their own relationship never turned romantic. Brown writes in The Diana Chronicles, “Colthurst’s ability to retain Diana’s esteem over time very likely depended on their not becoming sexually involved…His qualification for consigliere was not just his intelligence but also the protective fondness he felt for the trapped Princess whom he had known as a girl.”

The doctor believed in Diana: Her True Story because Diana needed him to. She needed to believe in it, so she could believe in her marriage. The Crown gets this right as well: When Chris’ Colthurst asks why Diana has agreed to record her answers for Morton, she tells him it’s because she’s already “tried everything” else. The real Diana felt the same way. If she cracked open her diary, poured out her very soul for the world to devour, it might convince her husband—and his parents—of their own hand in her misery.

“Diana’s friends cooperated [with the Morton book] because they believed that she faced a choice—explode or implode. They were right, sadly. There is a vitality of survival in Diana’s reckless act that eclipses its folly. Her mad courage blasted the Palace out of its frozen presumptions and institutionalized lying. She told the truth as she saw it. Her own lies of exaggeration were still not as great as theirs of withholding.”

By the end of season 5’s second episode, Morton’s book is out in the world, making its namesake her headlines and its author his money. Chris’ Colthurst is never seen or heard from again—a shame, given what we know about his continued involvement in Diana’s life behind the scenes. Brown writes that he remained one of her confidants until late 1995, when her self-destructiveness in relationships finally damaged theirs. “She exiled everyone associated with helping her produce the Morton book,” Brown wrote, adding:

“So rattled was she by the controversy, she now denied her participation even to herself… James Colthurst survived till late 1995, finally throwing in the towel after a row with Diana about William, who had enrolled at Eton in September. He told Diana she was showing up at the school too much and embarrassing her thirteen-year-old son, a tough thing for a mother to hear. ‘Unless a mother was a widow, it wasn’t done for them to go up without fathers or instead of fathers,’ Colthurst told me. ‘I was at Eton myself, and I told her she shouldn’t be going up there as much as three times a week. She got very angry with me and hung up. And then I thought that’s it, that’s enough. I had been swamped with calls for three years and it was too much.’”

Colthurst, who is still living in Berkshire, England, today, later revealed he and Diana had smoothed over their difficulties by the time she died. He wrote a column for the Telegraph in 2021 that revealed his last conversation with her was over the phone, “not long before her death.” He continued:

“What remains with me is her almost infectious laugh, coupled with her serious desire to help others. She set a high bar for her sons, who have both inherited her natural way with others. Both have her sensitivity and caring. But they are also gutsy and tough and share their mother’s passion for using their roles to do good in the world.”

Morgan’s Diana, the Diana of The Crown, is almost constantly framed in isolation—whether literal, figurative, or self-imposed. In season 5, it’s easy to feel sorry for her; it’s harder, perhaps, to understand her.

There’s some necessity to this degree of distance. The real Diana was similarly quick to isolate herself. And Morgan’s job as showrunner and writer is not to rally for the late princess’s vindication, nor to scrub over her more unsavory sides. But denying a longer-lasting lens to the relative few who knew her away from the cameras, like James Colthurst or Lady Sarah Ferguson, protection officer Ken Wharfe, or even Dr. Hasnat Khan, feels disappointing. Even if it’s only a byproduct of the cutting room floor’s demands.

Lauren Puckett-Pope is an associate editor at ELLE, where she covers film, TV, books and fashion.