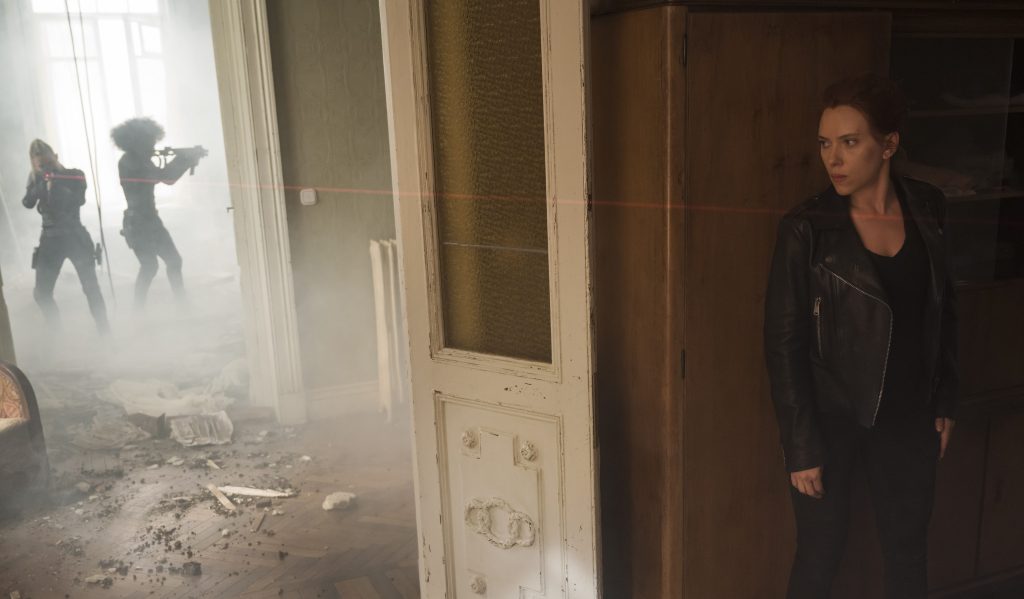 Samba TV, which measures 3M U.S. TV households, reports that 1.1M tuned into Disney+ for Marvel’s Black Widow this past weekend. That translates into $32.989M, based on a price of $29.99 to Disney+ subscribers, and it’s a number that lines up with Disney’s reported PVOD data yesterday on the MCU title.

Note, that Samba TV doesn’t track mobile viewers, and it only clocks viewership over a 5 minute time-frame.

Other Disney+ Premier movies’ weekend premieres clocked previously by Samba TV include Mulan (1.12M over 4-day Labor Day weekend), which didn’t have a simultaneous theatrical release, and Cruella (686K 4-day), which did have a day-and-date theatrical release. Samba clocked 2.4M over the Christmas weekend for Pixar’s Soul, but that was available for free to Disney+ subscribers. Samba did not monitor the viewership for the opening weekend of Disney+ Premier’s Raya and the Last Dragon which also hit movie theaters day-and-date.

There’s no question that the Disney+ Premier availability of Black Widow ate into its domestic opening weekend box office. Black Widow‘s Saturday saw a huge 41% drop from its near $40M opening Friday (which included Thursday previews). It’s unusual for an MCU movie to be so frontloaded, with recent MCU origin movies easing Friday to Saturday between -4% to -14%. The notion is that the fanboys showed up first on Thursday and Friday, and the regular Saturday moviegoers stayed home.

The fear by many in the industry is that Disney will continue this distribution model for other tentpoles. A Disney+ Premier and theatrical day-and-date release is planned for Dwayne Johnson’s July 30 title Jungle Cruise.

If Disney kept Black Widow with a theatrical window, and the film cleared an opening U.S./Canada B.O. of  $113M, then they’d take home an approximate domestic theatrical rental of $67.8M (@60% rental terms). With its dynamic model here, Disney is clearing roughly a $48M theatrical rental off an $80M B.O., and keeping every penny of that $33M Premier money which means $81M back to studio coffers.