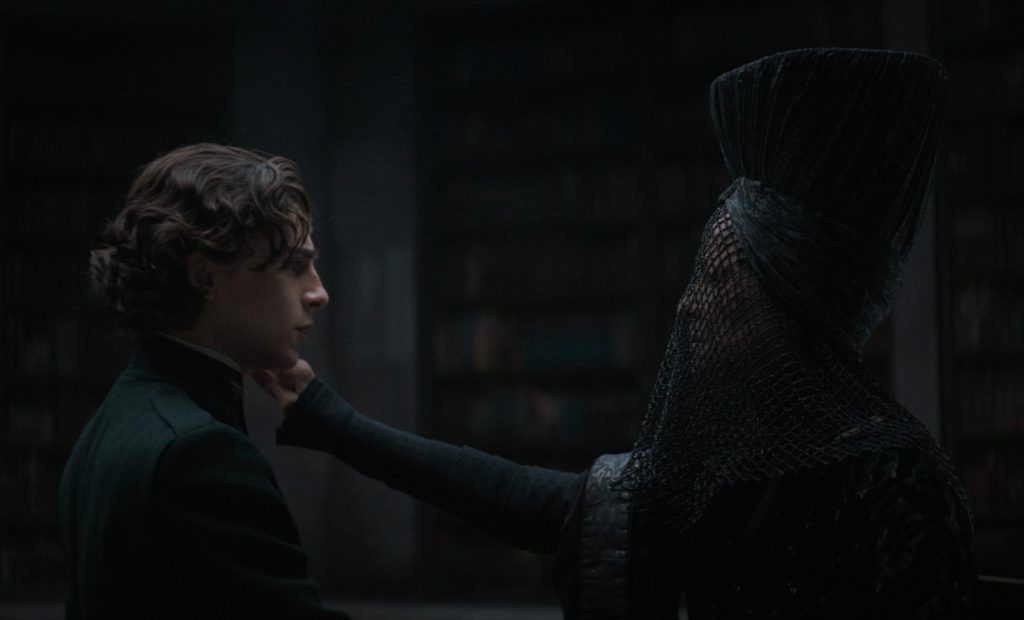 Saturday AM Update: The first Halloween in two years during the pandemic is taking its toll on the domestic box office, a grey cloud which many saw coming, with many trick-or-treating or heading to parties tonight. Essentially, whenever the holiday falls on a Sunday, it’s poised to gut the weekend.

And, yes, we can blame HBO Max too, when it comes to Legendary/Warner Bros.’ expected -62% decline for Dune which looks to be filing $15.5M for the weekend after a $5M Friday, -71% from a week ago. The Denis Villeneuve directed reboot of the Frank Herbert novel, which Warners and Legendary have already greenlit a theatrical windowed sequel for, had a solid week of $53.8M. Even though Godzilla vs. Kong debuted on a Wednesday, comparing that Legendary title’s first ten days to Dune, and the latter looks to be running ahead by 17% with some rivals predicting a possible $70M running total by EOD Sunday. Godzilla vs. Kong crossed $100M after 13 weekends. A reminder that these HBO Max theatrical day-and-date titles are on the service for the first 31 days, after which exhibition gets the title exclusively during its second month. Torrent Freak reports that Dune was the most pirated movie for the week ending Oct. 25.

After Dune it’s a mishmash of arthouse genre titles which were never expected to rally given how they’re largely aimed at upscale crowds, who are slowly creeping back, but not in massive numbers. That said, they did did have a lot of choices this weekend: Focus Feature’s Edgar Wright fantasy thriller Last Night in Soho with $4.3M at 3,016 theaters, and Searchlight’s Antlers at 2,800 venues with an estimated $4.1M.

Last Night in Soho gets a B+, slightly down from the A- of Wright’s mass-appealing $107.8M domestic grossing Baby Driver, which this genre movie was never expected to emulate. PostTrak was lower at 73% positive, a 56% recommend, and as expected an older male crowd in attendance at 59%, 66% over 25 and 62% between 18-34. Diversity demos were Caucasian 55%, 21% Latino and Hispanic, 10% Black, and 14% Asian/other. The movie’s strongest markets were the coasts with eight of the top ten grossing theaters coming from NYC and LA. A handeful of PLFs at a 200 count are currently driving 26% of the gross.

Searchlight also expanded their Wes Anderson film The French Dispatch from by 736 theaters to 788; and with an expected $2M second weekend, +54%, we hear that it pulled in some solid ticket sales in its core runs in New York and Los Angeles with new markets Sacramento, San Diego and Montreal notable.

On the bright side, Comscore is reporting that October is expected to ring in as the highest grossing month YTD with an expected $625M, beating July’s $583.8M.