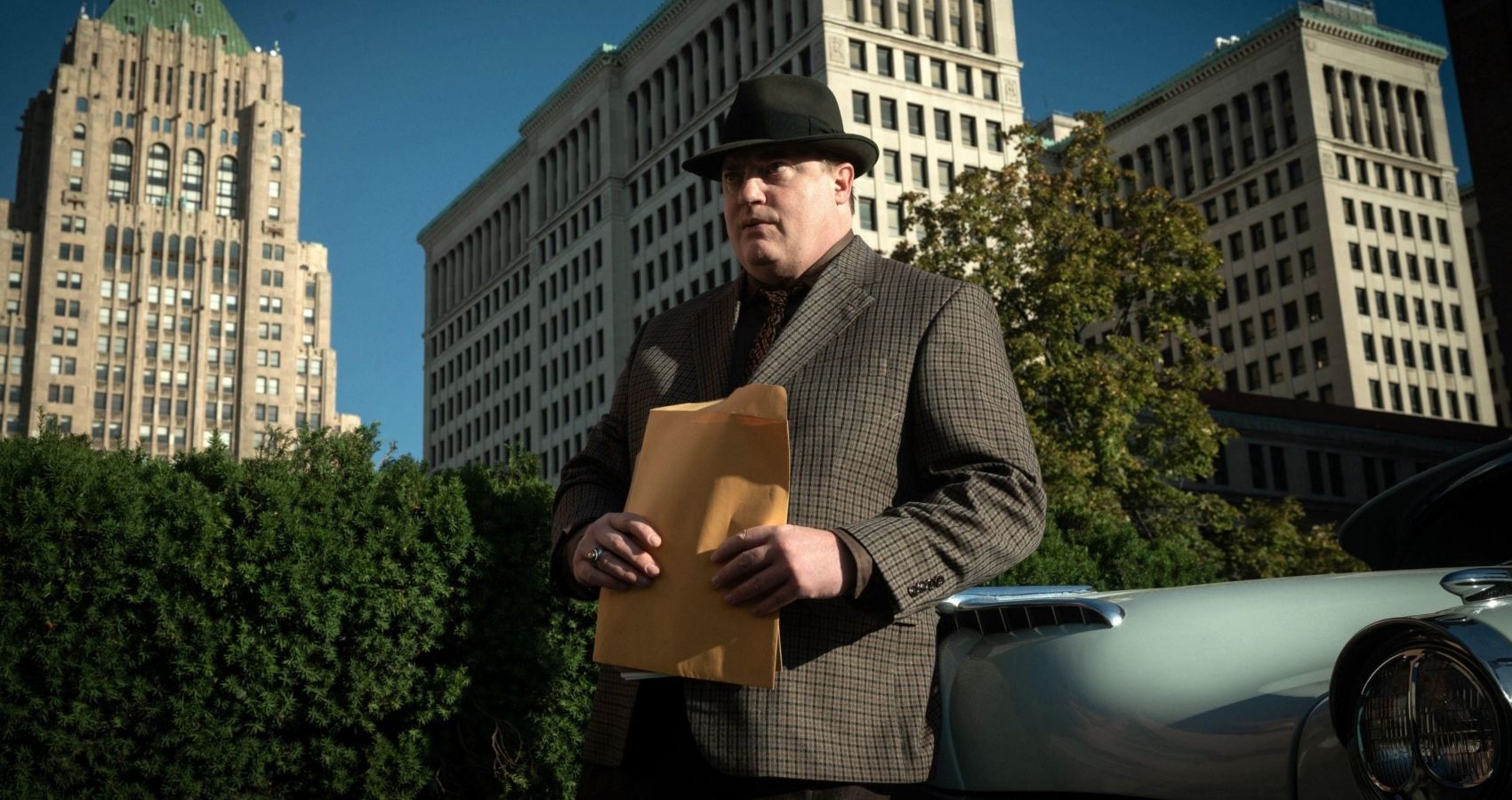 Darren Aronofsky’s films are certainly one of a kind. From the very beginning of his career, he has created films that have taken the medium to new horizons. His incredible technical skill only provides a platform for the sheer intellect that is showcased in every one of his films. Aronofsky studied filmmaking at Harvard University and made his feature film debut with the psychological horror film ﻿Pi﻿. Critics and audiences alike knew that there was something special in Aronofsky, and since then, the director has been making thought-provoking films that entertain and sometimes shock his viewers.

When word got out that Aronofsky would be adapting Samuel D. Hunter’s acclaimed play, ﻿The Whale, fans were ecstatic. Much of the anticipation surely comes from the casting of Brendan Fraser in the lead role. Fraser, who has had many ups and downs in his career, has made an epic and well-deserved comeback. His talent and charisma have been constantly overlooked and underappreciated. Love for the actor has been sweeping across social media, and he has some very exciting projects in the works, including playing the main villain in the upcoming ﻿Batgirl﻿ film.

Although there has yet to be a trailer released for The Whale, there are many exciting facts to discuss. Here is everything we know so far about the much-anticipated film.

Updated July 2022 by Ted Bajer: If you are excited to check out The Whale, you’ll be happy to know we’ve updated this article with additional info.

﻿ The Whale: The Plot

The screenplay will be adapted from playwright Samuel D. Hunter’s ﻿The Whale﻿. When the play debuted Off-Broadway in 2012, it received high praise from critics and won the Drama Desk Award as well as the Lucille Lortel Award for outstanding play. The story follows a 600-pound reclusive English teacher, Charlie (Brendan Fraser), who has decided to eat himself to death. Charlie’s pain and misery come from the abandonment and death of his gay lover, which leads to his chronic binge-eating. At the same time, Charlie tries to reconnect with his 17-year-old daughter for one last chance at redemption.

Related: Sadie Sink Says The Whale Co-Star Brendan Fraser is Her ‘Favorite Human on the Planet’

﻿The Whale﻿ will explore dramatic themes of self-infliction, family, and grief. ﻿The film will be produced by the beloved production company A24﻿. The collaboration between Aronofsky and A24 ﻿is certainly something to be excited about and will undoubtedly give us a fantastic and thought-provoking film.

The Whale: The Cast

Alongside Brendan Fraser in The Whale is an exciting cast to bring the acclaimed play to life on the big screen. Charlie’s estranged daughter, Ellie, will be played by Sadie Sink. The young American actress is most notably known for her role as Max Mayfield in ﻿Stranger Things﻿. She has also had roles in Netflix’s Fear Street Part Two: 1978 and Fear Street Part Three: 1666, as well as Destin Daniel Cretton’s dramatic film, ﻿The Glass Castle.

Hong Chau will play the role of Charlie’s friend Liz, a cynical and atheist nurse. Chau has acted in many acclaimed shows, including ﻿Big Little Lies, ﻿Homecoming, and ﻿Watchmen. Chau received a Golden Globe Nomination for her supporting role in Alexander Payne’s ﻿Downsizing﻿. Oscar-nominated actress Samantha Morton will play Charlie’s ex-wife Mary. Morton is a force to be reckoned with and has acted in several memorable movies in her career, including ﻿Minority Report﻿, ﻿In America, and ﻿Sweet and Lowdown.

Production for ﻿The Whale began in early 2021, and the film is currently in post-production. The film is expected to premiere sometime in 2022, but there has yet to be a specific date announced. ﻿Besides the plot and cast, there has not been much else released regarding the film. There has yet to be a trailer, but some shots of Fraser wearing prosthetics to become 600lbs have been released.

Fraser started his career strong with dramatic roles, including ﻿School Ties and ﻿Gods And Monsters. He eventually proved himself as a leading man with ﻿The Mummy franchise. While fans wondered what caused the actor to drop from the spotlight, only years later did we find out what happened.

In 2018, Brendan Fraser alleged in an interview with GQ that he was sexually assaulted by former president of the Hollywood Foreign Press Association Phillip Berk in 2003. The nature of the event deeply scarred the actor, hampering his ability to act. But it also affected his career directly due to Berk’s connections in Hollywood. He was forced to remain silent about his trauma for fifteen years.

Along with Fraser starring in a high-caliber film such as The Whale, 2019 marked the beginning of a true comeback. The actor took on a starring role in HBO’s Doom Patrol as Cliff Steele, AKA Robotman. The show is an adaptation of the DC Comic series, and Fraser’s performance has been universally praised.

In 2008, Aronofsky reinvented Mickey Rourke’s career with ﻿The Wrestler, and Rourke earned an Academy Award nomination for best actor. In that same regard, The Whale may be the role to finalize Fraser’s comeback and make him the next big thing once again. Roles with physical transformations such as these seem to always gain the attention of award committees. This may be Fraser’s chance to potentially win an Oscar.

Aronofsky fans are eager to see how ﻿The Whale﻿ plays out. His films are controversial, and sometimes they are not for everyone. ﻿Mother! was met with a lot of criticism and received mixed reviews from audiences and critics alike. But, that is the life of a prestigious filmmaker. Not every piece of work can be beloved by all. Filmmakers have to take chances and push boundaries to progress their art. Aronofsky is not afraid to stir the pot to make the films that he wants to make. His genius is uncanny; hopefully, he will continue to make films that take cinema to new levels.

Soon we will all find out if the combination between A24, Darren Aronofsky, and Brendan Fraser will deliver a film for the ages.