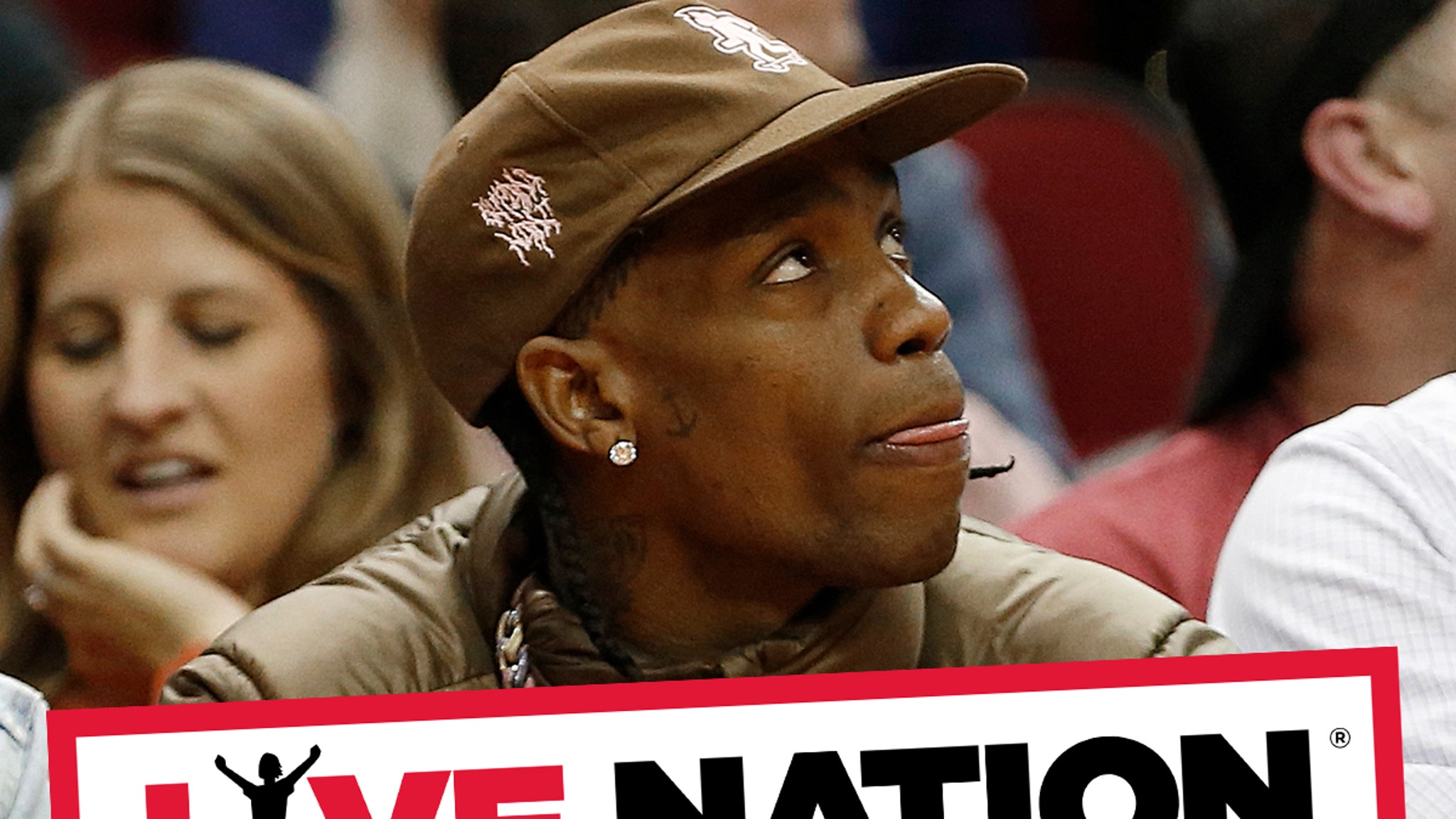 3:03 PM PT — A second lawsuit has now been filed against Travis Scott and Live Nation, but a third party has been named as a defendant in this claim … and that would be Drake.

A person named Kristian Paredes is suing Trav, Drake and LN for negligence as well — claiming that Travis’ concert history should’ve been at the forefront of everyone’s mind who helped plan and execute Astroworld this year. In their doc, obtained by TMZ, they claim Travis and Drake helped incite the crowd that night, suggesting they either were aware or should’ve been aware of the reaction the crowd would have and did have once they both took the stage … which they claim ended up causing a massive surge they say injured them.

The plaintiff also claims the folks who organized the event’s security and logistics — including Travis himself, who Paredes says was in charge of the whole thing — did a poor job of planning and keeping everyone safe.

Paredes is also seeking at least a million dollars in damages.

The legal floodgates are starting to open — Travis Scott and Live Nation have just been sued by somebody alleging they were injured during Astroworld … the first claim of what may prove to be many more to come.

A guy named Manuel Souza already lawyered up and reportedly filed suit Saturday in Harris County District Court — claiming he was hurt during the madness that unfolded … and alleging both negligence and gross negligence on behalf of Trav, LN and others he lists as defendants.

In his docs, obtained by Billboard, Souza says the tragedy was “predictable and preventable” — due, in part, to what he characterizes as warning signs earlier in the day that he says should’ve been red flags to festival organizers … but were allegedly ignored.

Souza describes how people first stampeded their way into NRG Park when things were first opening up … with folks allegedly climbing over security gates and trampling over one another. Despite this, Souza claims nothing was done to further address or curtail things.

He goes on to allege that concert organizers made a conscious effort to let the show go on, despite clear evidence all around them that people were in serious distress … and suffering “serious obvious injury.” Souza believes they purposely chose this route, claiming they were well aware of the rising risk that was escalating by the minute during the night.

As for why Souza thinks Travis is at fault here … it’s not entirely clear what he’s claiming Trav did or didn’t do during the show that led to what Souza believes was avoidable. He does cite Travis’ history of allegedly encouraging violence among fans at past concerts of his, which Souza says has led to people getting hurt. But beyond that … it doesn’t appear he connects specific dots in this instance as to why TS, specifically, is to blame.

travis is really singing meanwhile looking at a dead body? WHAT TF pic.twitter.com/saQ7UWx1zt

It’s also not entirely clear what injuries Souza is claiming were inflected against himself, but he does repeatedly cite the 8 dead and dozens of others who were also hurt … while going on to claim that profit was chosen over the safety and well-being of concertgoers.

Souza is suing for at least a million dollars in damages. We’re working on getting a copy of the lawsuit ourselves — we’ve reached out to Live Nation and Travis for comment.