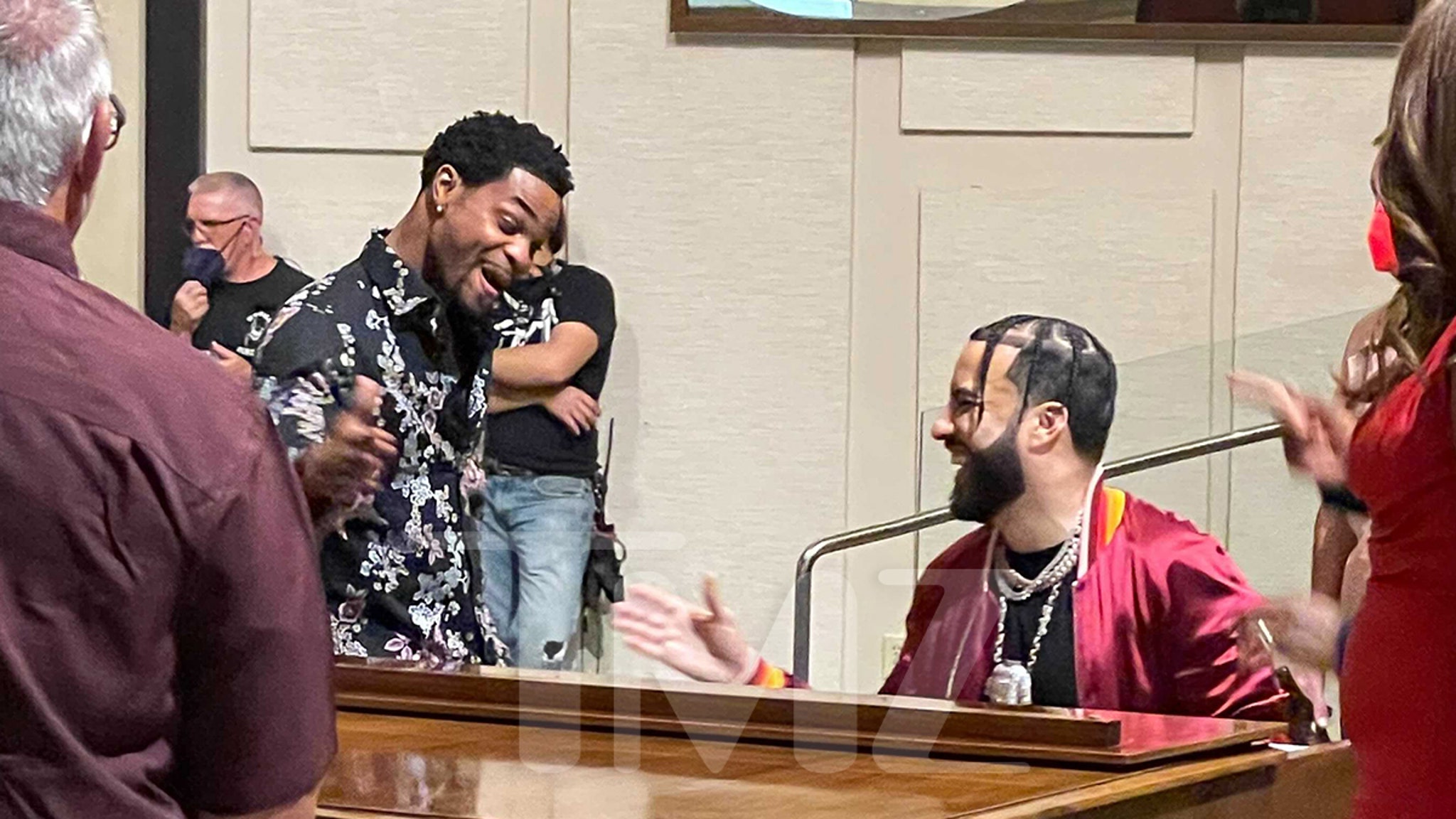 French Montana is pulling a LeBron James, of sorts, with his latest gig — getting in front of the camera for an acting role … in which he’s set to play a fictionalized version of himself.

The NY rapper was spotted on set Friday at the Hyatt hotel in NOLA, filming a new flick in the works right now called “National Champions” — a college sports drama that has an all-star cast and is presumably due out sometime next year, as they’re currently in production.

Check out these photos of French that we obtained … the dude is behind a piano next to media personality, Andrew Bachelor (AKA King Bach), who’s giving him a high five as French plays. Bachelor is also cast in the movie — one of several famous faces who’ll be in the movie, alongside folks like J.K. Simmons, Stephan James, Timothy Olyphant and others.

As you can see, there’s a ton of crew members standing around as well, all wearing masks. Production sources tell TMZ that hotel guests who happened to be nearby while cameras were rolling were pretty surprised to see French there … and in acting mode, no less.

Ya might think it’s easy to act as yourself for a movie — but just look at LBJ (who famously did it for 2015’s “Trainwreck”) … and you’ll see there’s a lot of room to flex one’s chops.

Anyway, if French is any good here … you gotta wonder if this might be a whole new lane he wants to explore. If so, he certainly wouldn’t be the first rapper to give acting a go … there’s a long list of those who’ve come before him, some of whom have had major success.

WarnerMedia Ad Sales Chief JP Colaco Says Subscribers Have “Signed Up In Droves” For HBO Max With Ads, With Growth “Up And To The Right”
Joseph Gordon-Levitt Is the “Bad Boy of Tech” in New Super Pumped Teaser
Randy Edelman Feat. Chioma “How Could I Let You Go” Record Release Party @ Roof Top Sandbar Following “Around the World in 80 Minutes”
Kendall Jenner Finally Reacts to Criticism Over “Inappropriate” Dress She Wore to Friend’s Wedding
Gunna & Future – pushin P (feat. Young Thug) [Official Audio]