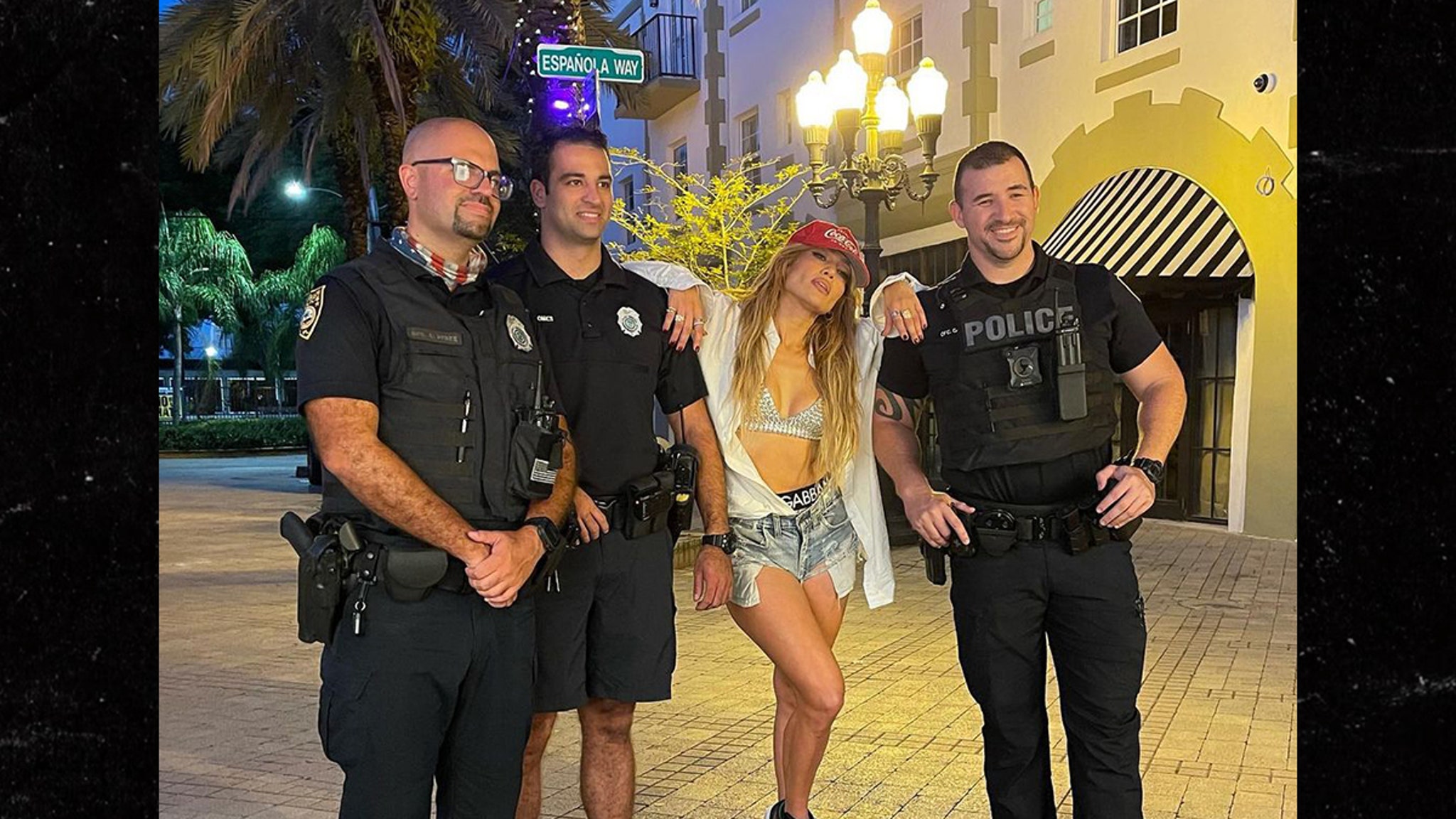 Jennifer Lopez made Miami Beach’s Española Way, way hotter than usual … and probably could have gotten away with anything as she had 3 police officers hanging on her every move.

J Lo took the short jorts/baggy shirt/trucker hat look (it’s officially a thing now) to another level Tuesday night as she took a pause from shooting a music video with reggaetón star Rauw Alejandro to snap the photo with the cops.

Someones gotta have her back with BF Ben Affleck back on the West Coast.

We’re told Lopez and company were shooting the vid for her new Spanish single for several hours at The Goodtime Hotel, and the police were on hand for security.

Miami Beach PD posted the pic with the 3 officers who won the J Lo lottery, saying … “From her block to ours, @JLO feels at home on Española with #yourMBPD!”

Maybe MBPD hasn’t heard the news … all signs point to Jen shifting her home base to L.A. now that Bennifer’s a thing again.

As you know … the 2 have been crisscrossing the country since hooking up months ago and igniting Bennifer 2.0. He traveled to Miami to be with her, and then last week she was in L.A. to be with him and checked out a fancy private school — presumably for her kids, Max and Emme, to attend.

We’d say take a good look before she’s gone, Miami … but we know you already did.