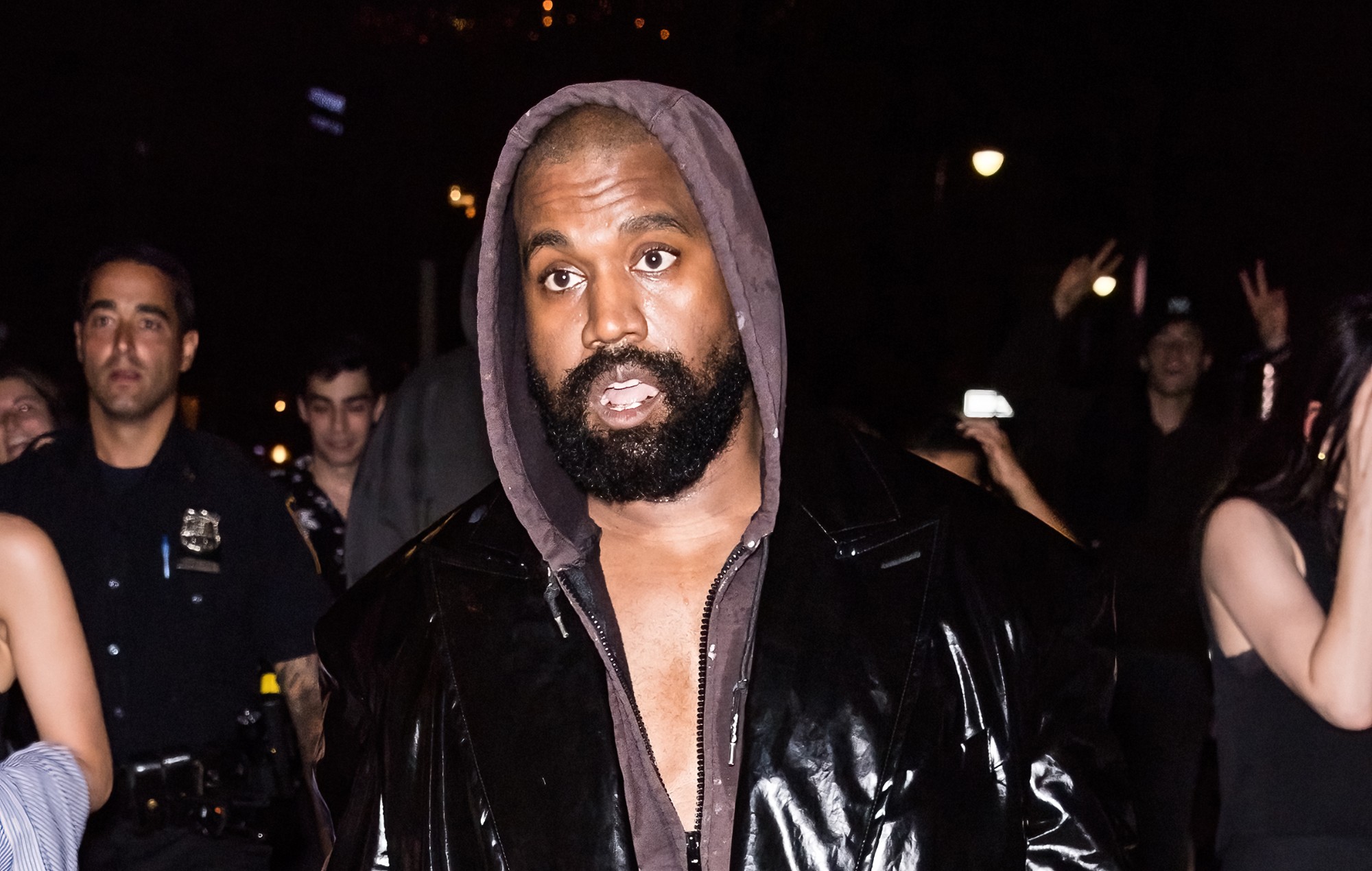 Vice reports that some websites have been selling a line of merchandise featuring a version of the ‘Ye 24’ slogan – referencing the rapper running for president in the U.S. 2024 election – that is designed to look like a pair of swastikas. Other garments have used a logo that West claims to have created which features a swastika inside a Star of David. In fact, the logo is a symbol linked to the Raelian UFO cult.

West’s use of the symbol in a tweet earlier this month led to his suspension from Twitter, with CEO Elon Musk saying that West violated Twitter’s policy “against incitement to violence”.

There is no indication that West has been involved in the design or sale of any of the merchandise available online.

Groups such as the Anti-Defamation League and the Combat Antisemitism Movement have condemned the sale of the merchandise, calling attention to how West’s has now begun to mainstream anti-Semitic beliefs. The ADL said in a tweet that they were “disturbed” to see the merchandise being sold.

“Some of the symbols appear to have originated among white supremacist trolls on 4chan in Nov & have since been incorporated into merch by online sellers, including print-on-demand platforms,” they wrote.

It doesn’t matter whether the sellers of this merch are trying to make a buck or to spread hatred. Reputable platforms have a responsibility to put a stop to it. Kudos to those who already have.”

Disturbed to see sites selling swastika-themed merch in support of Ye’s presidential bid. Some of the symbols appear to have originated among white supremacist trolls on 4chan in Nov & have since been incorporated into merch by online sellers, including print-on-demand platforms. pic.twitter.com/a4Xr0OMatH

Vice also found that some of the merchandise was removed from retailers after being flagged by both the ADL and the Combat AntiSemitism Movement. However, they found that cached images of the items still appear through Google search on platforms like Pinterest.

West was recently declared ‘Antisemite Of The Year’ by the watchdog group StopAntisemitism in response to his spate of anti-Semitic comments in the last few months. He has been widely condemned by many figures in the entertainment world, as well as several political figures and organisations that represent Jewish communities. He later walked out of an interview in which he was challenged over his anti-Semitic sentiments.

West has had his social media accounts suspended multiple times – his Twitter account was banned three times in less than two months. Most recently, he was suspended from Clubhouse after claiming that Jewish people “are used by the Chinese” to control Black people, describing them as “just middlemen”.

He has also lost brand deals with Balenciaga, Adidas and Gap and had his honorary degree from The School Of The Art Institute Of Chicago rescinded.