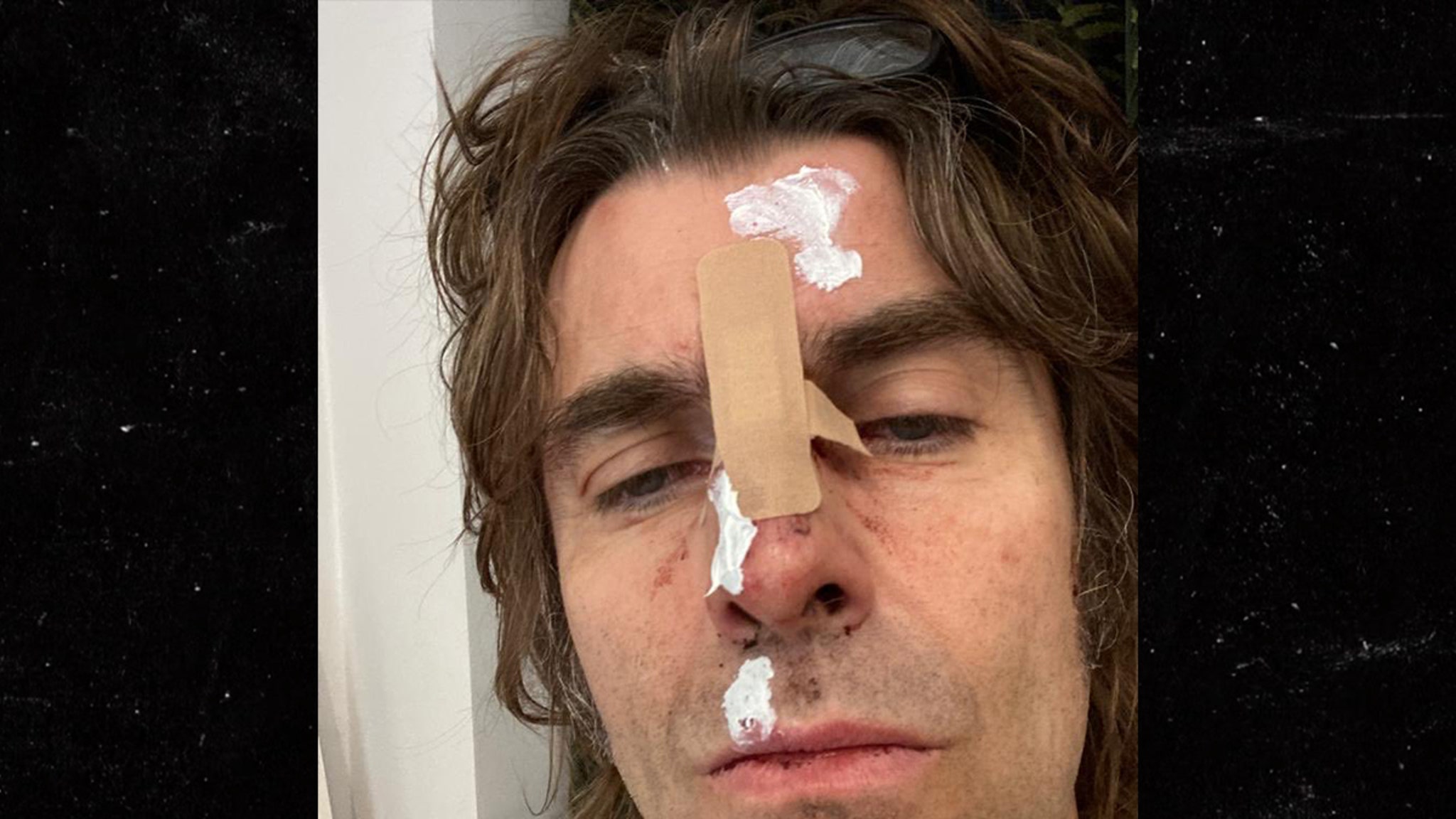 Liam Gallagher is on the mend after taking an apparent tumble from what he says was a helicopter ride — one that didn’t kill him … but left his face jacked up.

The Oasis frontman posted a photo of his mug covered in bandages and cream … explaining that he toppled out of a chopper. He writes, “So check this out I fell out the helicopter last night you couldn’t rite it.” Liam adds, “all good who said RnR is dead Keith moon eat your drum skin out C’mon you know LG x”

He posted another photo of a beer and wrote, “What doesn’t kill ya makes ya TUFF GONG.”

What doesn’t kill ya makes ya TUFF GONG pic.twitter.com/jqvw9op7d2

There isn’t much context to what exactly happened, but one person speculated in his comment section that he hadn’t fallen from very high … otherwise, he’d be way more injured and/or dead. To that, LG says, “100 thousand feet you bumbaclart.”

The guy was reportedly performing at Isle of Wight Festival at Seaclose Park in Newport, England before this happened.

Good news … he’s obviously okay enough to get cheeky about the accident — but it also seems he’s trying to make it sound a bit more dramatic than it perhaps was … on its face, anyway.

So, we gotta ask … what’s the (real) story, morning glory?