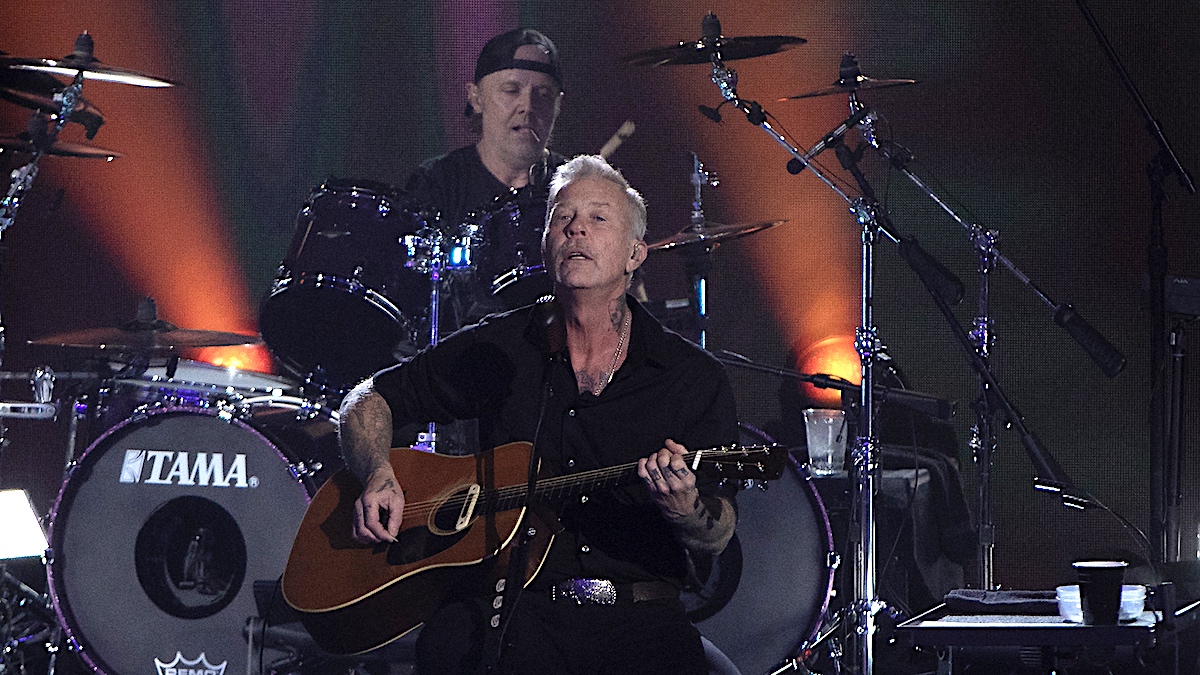 Founded in 2017 by both Metallica and their management, the All Within My Hands Foundation was started as a way to give back to the community by fighting hunger, supporting workforce education, helping with disaster relief, and so much more. The band has hosted two previous “Helping Hands Concert and Auction” performances in previous years, and Friday night (December 16th) marked the third, taking place at the sold-out Microsoft Theater in Los Angeles.

After being introduced by Iron Man himself, Robert Downey Jr., Metallica took the stage with acoustic guitars, and opened the evening with “Blackened 2020.” Although they were “unplugged,” the band sounded just as heavy as always, with Kirk playing a 12-string version of his classic white Ouija board inspired guitar. After “The Unforgiven,” James Hetfield took a minute to introduce the band, as if he needed to, before playing covers of Thin Lizzy’s “Borderline” and UFO’s “It’s Killing Me,” both for the first time. They then wrapped up the five-song acoustic set with their classic cover of the Thin Lizzy version of “Whiskey in the Jar,” but the evening was far from over.

After a brief intermission featuring the evening’s host, Jimmy Kimmel, Metallica returned to the stage fully plugged in, and kicked off their second set with “The Call of Ktulu.” They seemed to have some pent-up energy from their first set, and wasted no time in releasing it. After “Harvester of Sorrow” and “Holier Than Thou” (which Hetfield said was a “benefit favorite”), the band mixed things up by playing an electric version of “All Within My Hands.”

Perhaps the highlight of the evening came when James Hetfield said, “Since this issuch a special gig here, we thought we’d play ‘Lux Æterna’ for you.” After a quick false start, the band launched into the new single, giving the thrashy tune its live debut. They had another surprise for their fans, welcoming St. Vincent to share both vocals and guitar duties for “Nothing Else Matters.”

The band wrapped up the evening with “Seek & Destroy,” bringing another very successful benefit to a close.

Earlier in the evening, Greta Van Fleet got things rolling with an opening set focusing mostly on their latest album, The Battle at Garden’s Gate. And before the concert began, such celebs and musicians as Tom Morello, Tony Hawk, St. Vincent, Jimmy Kimmel, and more walked the “black carpet.”

Metallica will release their new album, 72 Seasons, on April 14th, and will be touring North America extensively in 2023 and 2024. Pick up tickets to their upcoming shows via Ticketmaster.

See our photos from Metallica’s “Helping Hands” benefit show below, followed by video footage and the setlist. Support the All Within My Hands Foundation at its official website, and bid on items in the AWMH benefit auction at this location.