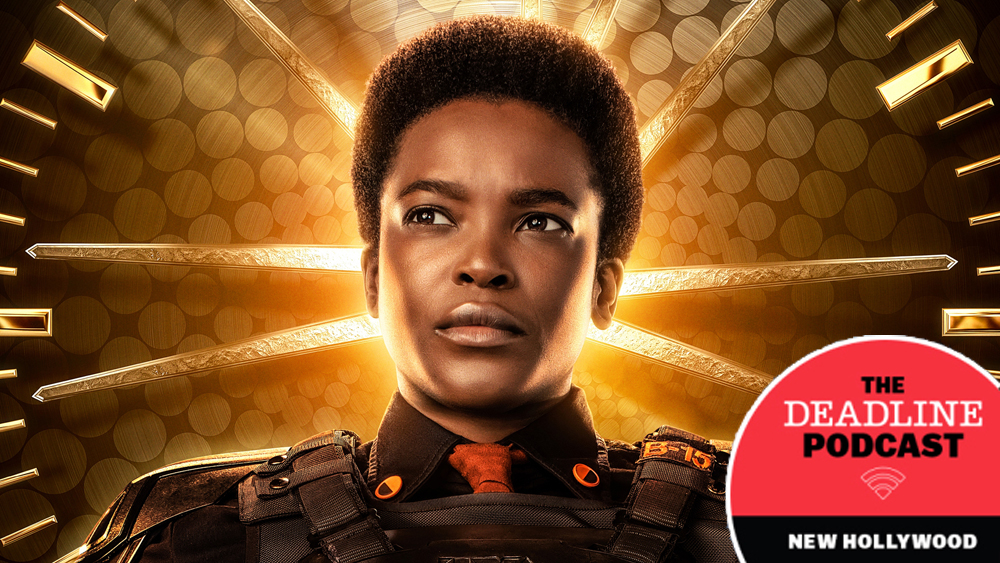 From theater to TV to film, Wunmi Mosaku has an extensive resume of high-profile projects to show off her phenomenal acting chops. More specifically, she has been seen in numerous tentpole features (Batman v Superman: Dawn of Justice, Fantastic Beast and Where to Find Them), acclaimed series (Black Mirror), thoughtful genre-driven projects (Lovecraft Country) and now, she has entered the Marvel Cinematic Universe in the time-hopping and mind-bending Disney+ series Loki.

Mosaku enters the MCU in what is arguably the most wild, ambitious and intriguing moment since the franchise’s inception. Loki picks up from the moment in Avengers: Endgame, when the titular mischievous character played by Thomas Hiddleston from 2012, grabs the Tesseract and escapes only to land in the hands of the Time Variance Authority (TVA), which is outside of the timeline, concurrent to the current day MCU– and this is a no-no.

During his journey, he learns he is a “variant” (not of the COVID-19 variety) and tries to figure out what the hell is going on. While in custody of the TVA, he meets Mosaku’s character Hunter-B15 is a high-ranking Hunter, determined to find and delete Loki for taking down TVA troops. She’s tough, fair, by the book and an overall badass whose own journey takes a sharp left turn during the series.

With only two episodes of Loki left, Mosaku stopped by Deadline’s New Hollywood Podcast to talk about her impressive career and what we could expect for Hunter-B15 as the series comes to end. She also shares with us her interesting obsession with online shopping. Listen to the episode below.