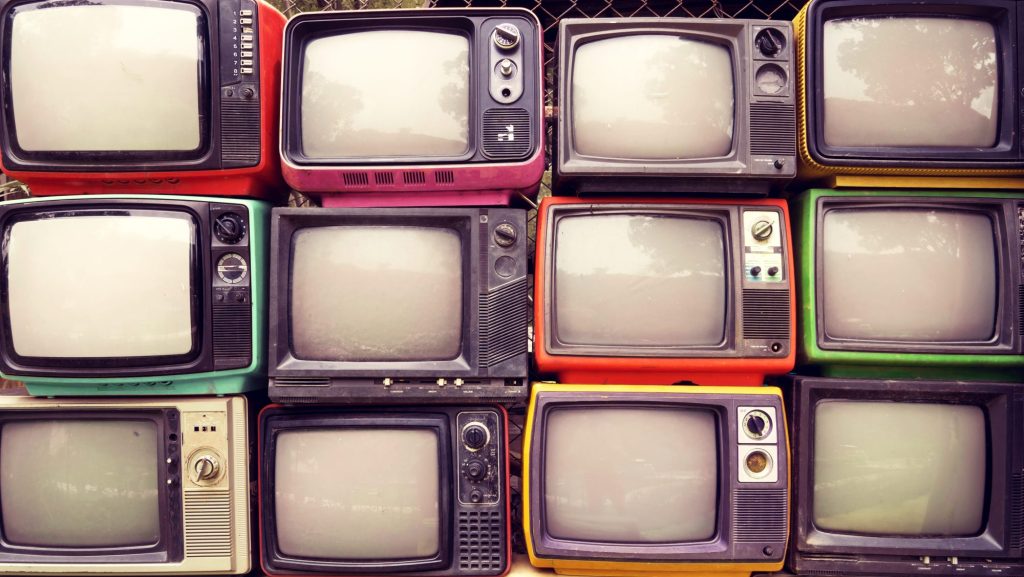 During the holiday break, which traditionally shuts down Hollywood for the final two weeks of the year, top broadcast network executives used to spend a significant portion of their time reading pilot scripts before kicking off pilot pickups at the start of January with early drama standouts. Broadcast business traditions, already threatened by the fast evolving marketplace with the rise of streamers, have been completely upended by the pandemic.

Pitch buying season, whose start had been creeping further and further into the summer in the years prior to the pandemic, was late in 2021 — and lighter than usual with fewer projects taken out by writers and fewer pitches taken in by the networks for (virtual) meetings. As a result, many of the projects were delivering first drafts to the studios — not the networks — before the holidays, making for a more restful holiday break for top network executives with no reading homework and a very stressful one for studio executives who fear the crunch that would come with a delay in pilot orders when up against the May upfront delivery deadlines. Those fears have been justified so far, with pilot orders tracking weeks behind schedule.

There are lingering effects from the ongoing coronavirus pandemic, which wiped out the 2020 pilot season by shutting down production and threw a wrench in the traditional broadcast cycle, with pilots filming in fall 2020 and winter 2021 and a number of projects bypassing the pilot stage altogether to go straight-to-series. All of the major broadcast networks ordered off-cycle pilots in 2021; a few of them are in contention for next fall.

Before it was obliterated by the pandemic, the 2020 broadcast pilot season already had set a new low mark for volume with a little over 60 pilots ordered across the five broadcast networks after ABC and Fox had announced a shift to year-round development and pilot production (dubbed second cycle by ABC.)

The 2022 pilot season is expected to be well below that pre-pandemic level, with a total volume of pilots in the 30s (conservative) 40s (optimistic) range.

“I don’t think any network is going to do more than four pilots or either side of the ball,” one industry insider said. They’re going to be agents of their own doom.”

Some of the reduction is due to evolving broadcast models and shifting cycles (I hear some nets in December were already taking pitches for the 2022-23 development season), and some of it is because of the increased financial pressure declining linear ratings have put on pilot spending, even with networks’ digital revenue on the rise. Setting aside more than $100 million for a handful of pilots to make it to series — which the Big 4 had done in the 2000s and early 2010s — is probably hard to justify in the current economic environment.

Also, based on what has been working on broadcast the last couple of years, we should expect more procedural dramas. Dick Wolf now controls three nights on NBC and CBS via the Chicago, Law & Order and FBI franchises, and Fox similarly has found success with the 9-1-1 franchise.

Here is how I hear things stand at each of the networks. For development news and network pilot listings, bookmark Deadline’s Pilot Panic page.

According to sources, ABC, which last week picked up Jo Koy’s comedy pilot Josep, is eying about two comedy pilot orders total this month and two more later in the season, possibly in March, with a similar pattern on the drama side.

The network has two off-cycle drama pilots, the Alaska project starring Hilary Swank, which has been completed and I hear is looking good for a series order, the LA Law sequel, headlined by Blair Underwood, which is in production, as well as comedy Son In Law, which is casting. Scripts that are being buzzed about include Diana Son’s House Of Han and The Company You Keep.

ABC just started renewing its current lineup with pickups of its strongest performers, flagship drama Grey’s Anatomy and spinoff Station 19. On the comedy side, black-ish is ending its run and fellow veteran The Goldbergs has been a question mark over a natural storyline end point and behind-the-scene drama. But the network has found solid new additions in The Wonder Years reboot and Abbott Elementary, relieving some pressure off its comedy development. On the drama side, Queens launched well before facing an unforeseen challenge in the departure of co-lead Eve, which has impacted the show. Coming up is the debut of soapy drama Promised Land.

NBC has stuck to the traditional pilot season script the most this year, ordering two drama pilots this month, a Quantum Leap reboot and missing person drama Found. I hear the network may order 1-2 more drama pilots while its comedy pilot pickups would likely be fewer than the drama ones.

The network is facing a major void next season as its top drama This Is Us is coming to an end. NBC has introduced two new drama series so far this season, with one, La Brea, breaking out and earning a Season 2 renewal. The other, Ordinary Joe, is very much on the bubble. The network just launched two new comedies, American Auto and Grand Crew, to solid reviews, with the anticipated Law & Order revival on deck.

NBC has one off-cycle pilot, comedy Hungry, that remains active. Two that had been in the running, Dangerous Moms and Someone Out There, are no longer active.

The network last year announced that it would be buying projects in tandem with streamer Peacock, and a decision where each show would go would be made late in the development process.

CBS traditionally makes its orders a little later than its counterparts. The network is yet to make any pickups this pilot season, with the first greenlights possibly a week or so away as the network is waiting for 5-10 more scripts to come in, I hear. The network has one off-cycle pilot, drama True Lies, which was completed in the fall and is believed to be in serious contention.

Among the projects that have been garnering early buzz are Justin Hartley-starring The Never Game, which has a big pilot production commitment, Cal Fire, which has been looking at directors, as well as Echo, East New York and NYPD dramas, Hood, Locksley and Post 12.

Inventory-wise, longtime utility player Bull is ending but CBS found solid new entries in dramas NCIS: Hawai’i, FBI: International and CSI: Vegas as well as breakout comedy Ghosts. With CSI: Vegas already renewed for Season 2 and the other three fully expected to, there are not too many holes to fill. Even veteran NCIS, whose prospect appeared shaky early in the season, following the exit of star Mark Harmon, has been doing alright with new lead Gary Cole, and CBS brass have been happy with the transition.

CBS, which just launched new medical drama Good Sam, is also expected to order around 4 drama and 4 comedy pilots. Given the success the network had with its straight-to-series orders for the NCIS, FBI and CSI offshoots, I hear CBS may again bypass the pilot stage for 1-2 projects.

Fox will stick to the modified development model the network introduced during the pandemic, which includes a mix of traditional pilots and writers rooms-to-series orders on the drama side as well as comedy presentations in lieu of full half-hour pilots that can get quite expensive when single-camera.

On the half-hour side, I hear Fox would probably order 3-4 presentations, with a project from Michelle Nader believed to be among the contenders. The network brass are encouraged by the return of Call Me Kat and the start of Pivoting, and their performance will influence the comedy pickup decisions. (Fox already is eying potential companions for Call Me Kat.)

Fox had one off-cycle pilot, Kyle Killen’s The Last Police, which the network just passed on. I Fox may order 1-2 traditional drama pilots and a couple of room-to-series. Top contenders include the Icon music legend anthology series whose first installment will be about Naomi and Wynonna Judd.

The network saw mixed result with its new dramas this season, with The Big Leap and Our Kind Of People heavily on the bubble and Cleaning Lady off to a promising start. Fox already has two new drama series on tap for fall. Howard Gordon and Alex Gansa’s The Accused anthology, which was ordered straight-to-series last year, is on track with several completed scripts which the network’s brass are happy with. It is slated to begin shooting in April. The network also just pushed country music dynasty drama Monarch from its midseason berth to fall.

Fox will have more real estate to work in the fall as Thursday Night Football is leaving the network. Fox Entertainment President Michael Thorn called the night “a big priority for us and that’s something we’re strategically discussing right now” in an interview with Deadline earlier this week.

It’s business as usual at the CW amid advanced talks for a majority stake sale. The network is rumored to be making 4-6 orders — possibly a mix of pilots and 1-2 straight-to-series pickups which the network has employed with a different degree of success over the past two years. While Walker and Superman & Lois have done very well, The 4400 has been a more modest performer.

This year’s hot prospects are said to include big IP plays such as DC’s Gotham Knights and the Supernatural prequel The Winchesters. The network has one pilot carried over from last year, Powerpuff, which has two of its three leads in Dove Cameron and Yana Perrault, with the third one yet to be recast.

The pending ownership change will likely be a factor in the CW’s renewal strategy this year. The network usually picks up the vast majority of its current slate very early in the year (January-early February), which works for the two studio that supply it, Warner Bros. TV and CBS Studios. A new majority owner will likely have a say in some of the renewals that may serve well the parent studios but not the network’s linear and digital ratings.