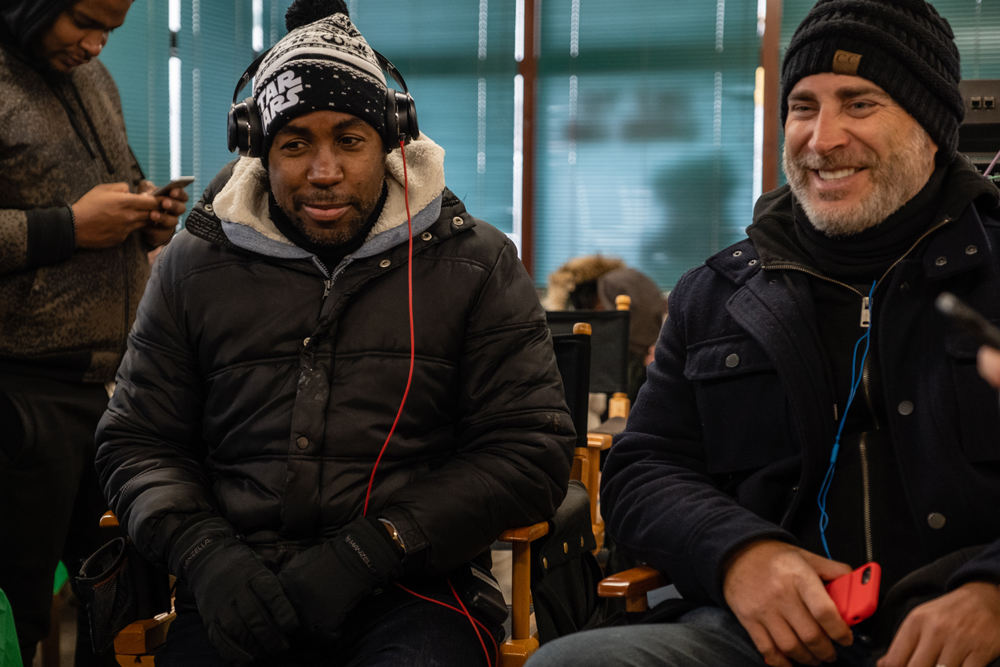 EXCLUSIVE: Chris Pollack is segueing out of management and joining long-time client Prentice Penny’s A Penny For Your Thoughts Entertainment as President and Partner.

With Pollack transitioning into his new role, Penny has re-teamed with his former agent-turned-manager Theresa Kang-Lowe, bringing the well-respected rep and her company Blue Marble Management on board to manage Penny and A Penny For Your Thoughts.

In the newly created President role, Pollack will work alongside Penny overseeing all aspects of the A Penny For Your Thoughts Entertainment’s creative endeavors in film, television and alternative entertainment. The move marks an evolution in Penny and Pollack’s longstanding business relationship, which began with Pollack serving as Penny’s manager and later expanded into a decade-long producing partnership.

Pollack’s hire comes amid an expansion of A Penny For Your Thoughts’ film and television slate over the past several years. The company’s executive ranks also include Alex Soler, who will continue to serve as the company’s Head of Development.

“It’s very rare in this business that you completely align with someone personally, professionally and, more importantly, creatively,” said Penny. “It was a key factor in why I signed with Chris more than 10 years ago and just one of many reasons why I am thrilled to be officially forming this partnership with him now. From The Hustle to Uncorked and now Pause with Sam Jay, Chris has been a champion, ally and the ultimate producing partner and I’m excited to see what else we can create together.”

Among the projects that Penny and Pollack have collaborated on are HBO’s late night talk series Pause with Sam Jay, Penny’s feature directorial debut Uncorked for Netflix, the original lifestyle series Upscale with Prentice Penny at truTV, and Fuse’s NAACP award-winning series The Hustle.

“Prentice is an incredible talent and it has been incredible to work alongside, building his career over the past decade,” said Pollack. “I could not be more excited to be joining A Penny for Your Thoughts and to continue building with him in this next chapter of our partnership. It’s not about the journey or the destination — it’s about the company; and there is nobody better to be on this ride with than Prentice.”

Kang-Lowe left WME, where she was a lit agent and Partner, a year ago to launch her own management/production company. She signed a multi-year overall deal with Apple TV+, joining her client Alfonso Cuarón who has an overall deal there, and was planning to continue to rep him, along with selected other clients, as a manager.

“I’m also so thrilled to be re-teaming with Theresa Kang-Lowe and have her managing A Penny For Your Thoughts, as well,” said Penny. “We had great success with her as my agent during her time at WME and to be able to continue as our manager in a more hands-on way feels like a very natural extension. She is one of the best in the business and we are honored to continue and expand that relationship.”

Over the last few years, Penny has been showrunner, executive producer and frequent director on Issa Rae’s acclaimed HBO comedy series Insecure, heading into its fifth and final season.

“Prentice is a singular talent: a writer, showrunner and filmmaker whose innate ability to develop and support other artists on the main stage is a remarkable experience for anyone lucky enough to be caught in his orbit, as I have been for over a decade,” Kang-Lowe said. “He and Chris have done their requisite 10,000 hours in bringing culture-defining projects to film and television, leading with both clarity of vision and generosity of spirit — a refreshing combination. I am delighted to manage and advise them in this exciting evolution of A Penny For Your Thoughts.”

Penny and his shingle also are repped by WME and attorneys John Meigs and Adam Kaller.