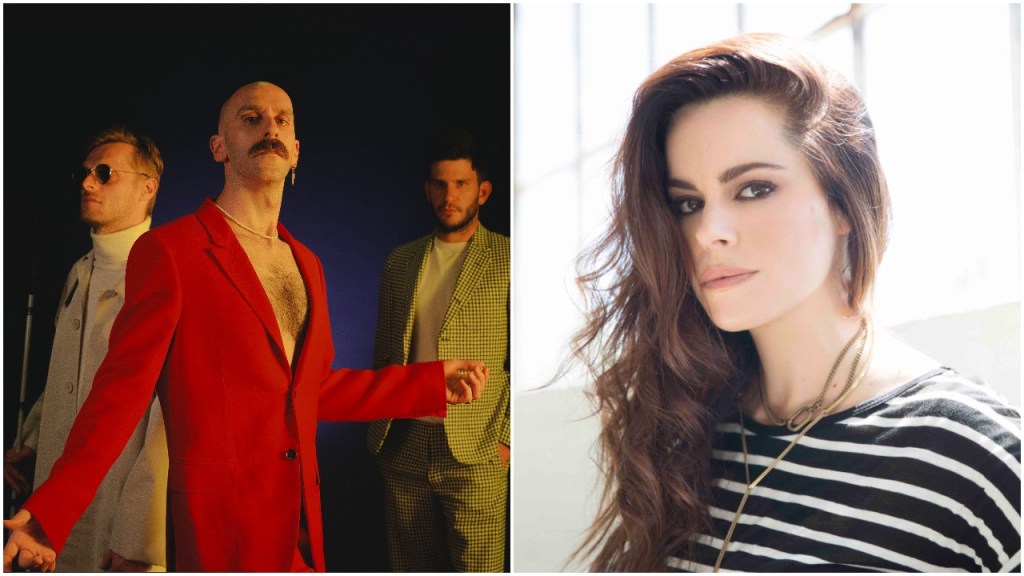 The audio drama, which is being produced by LA-based podcast outfit QCode in partnership with Interscope Records, will serve as a companion piece to X Ambassadors’ third studio album, The Beautiful Liar, which will be released September 24.

Harris will star in and produce while Hampshire will voice the role of Shadow and serve as an executive producer. Minnie Schedeen is co-creator.

The drama will follow Clementine (Dahl), a young teenage girl — who has been blind from birth — whose world is suddenly upended when she loses her father and gains powers she didn’t know she had, which take the form of her secret friend, Shadow (Hampshire). As she moves to a new school, Clementine has to juggle hiding her newfound abilities from friends while evading capture from The Institute, a sinister organization that will stop at nothing to have her in their grasp.

The character Shadow featured in the video for My Own Monster, the first song released from the band’s new album.

The idea for The Beautiful Liar was first conceived by brothers and bandmates Sam and Casey Harris who wanted to create an audio drama inspired by superhero comic books about a blind character and her superpowers. Casey has been blind since birth and the two grew up listening to audiobooks and radio dramas together.

“My brother and I used to listen to a lot of radio-dramas, books-on-tape, etc growing up. Besides music, it was the only other form of entertainment the two of us could both enjoy together,” said Sam Nelson Harris. “I had always wanted to reference that on an album of ours somehow, so when we started making the interludes on the album that sound like a book-on-tape I thought ‘wouldn’t it be cool to make an ACTUAL story out of this?’ That’s when the idea for the podcast was born. We couldn’t be more excited to share Clementine’s story with the world.”

“It was a joy to work alongside the X Ambassadors and Interscope on this powerful and deeply personal podcast,” said Rob Herting, CEO of QCODE. “This is a superhero origin story unlike anything I’ve ever heard and it’s backed by incredible new music. We also get to hear stellar performances from the entire cast, led by Emily Hampshire, a remarkable talent who has struck the perfect balance between the comedy and darkness of her character.”

Hampshire can currently be seen starring opposite Adrien Brody in the mini-series Chapelwaite, which is currently airing on Epix. She recently sold her series remake of Norman Lear’s Mary Hartman, Mary Hartman to TBS and just wrapped the upcoming six-part Amazon series The Rig in Scotland.