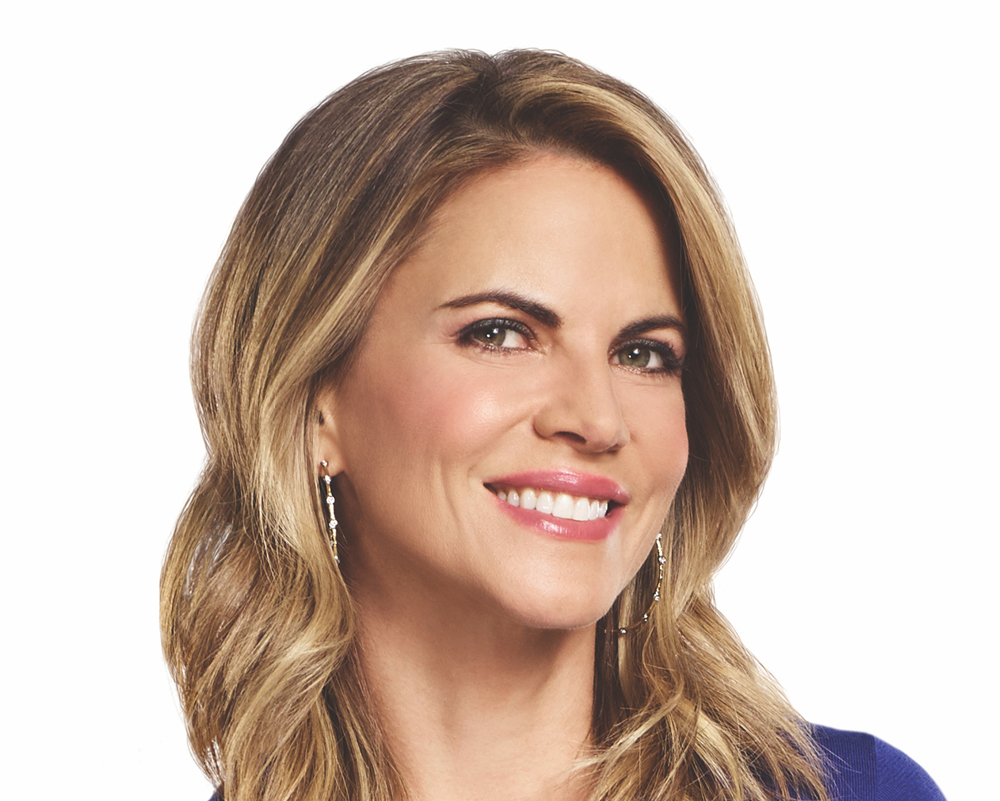 It’s official. Natalie Morales is joining The Talk as permanent co-host. The news, which had been reported by Deadline and other media outlets Friday, was announced live today on the CBS show.

“We couldn’t be more excited to have Natalie Morales join The Talk family,” said executive producers Heather Gray and Kristin Matthews. “We have been fans of her and her work for years. Her varied skillset and versatility are a great addition to our talented panel. Natalie’s intelligence, passion and enthusiasm always shine through in all her work, and we are fortunate to have her on the team. In addition to her role as an exceptional broadcaster, we believe her perspective as a wife and mother will provide a special connection with our audience.”

“It’s an extraordinary opportunity to be joining this team at The Talk,” said Morales. “I love the new energy and direction and couldn’t be more excited to join Sheryl, Amanda, Jerry and Akbar. I’m looking forward to many good times while talking about the days’ topics, and I can’t wait to get going.”

Gbajabiamila joined the panel last month, following the exits of Carrie Ann Inaba, Elaine Welteroth and Sharon Osbourne, who had been fired in March after sparking a media firestorm over comments she had made on air.

Inaba and Welteroth exited the show in August.

The Talk returned September 13 for its 12th season.

Morales announced Friday she was leaving NBC News after 22 years for an unspecified new opportunity.

Most recently, Morales was the West Coast anchor of NBC News’ Today, correspondent for Dateline NBC, and anchor of Behind Closed Doors with Natalie Morales. She previously served as host of Access and co-host of Access Live, as well as news anchor of Today, where she co-hosted the show’s third hour. Morales joined Today in 2006 as a national correspondent and went on to appear on other NBC News programs including NBC Nightly News and Dateline. She will continue to appear on Dateline through the end of the year.

The Talk airs weekdays (2-3 PM, ET; 1-2 PM, PT/CT) on CBS and streaming live and on demand on Paramount+. The Talk is produced by CBS Studios.