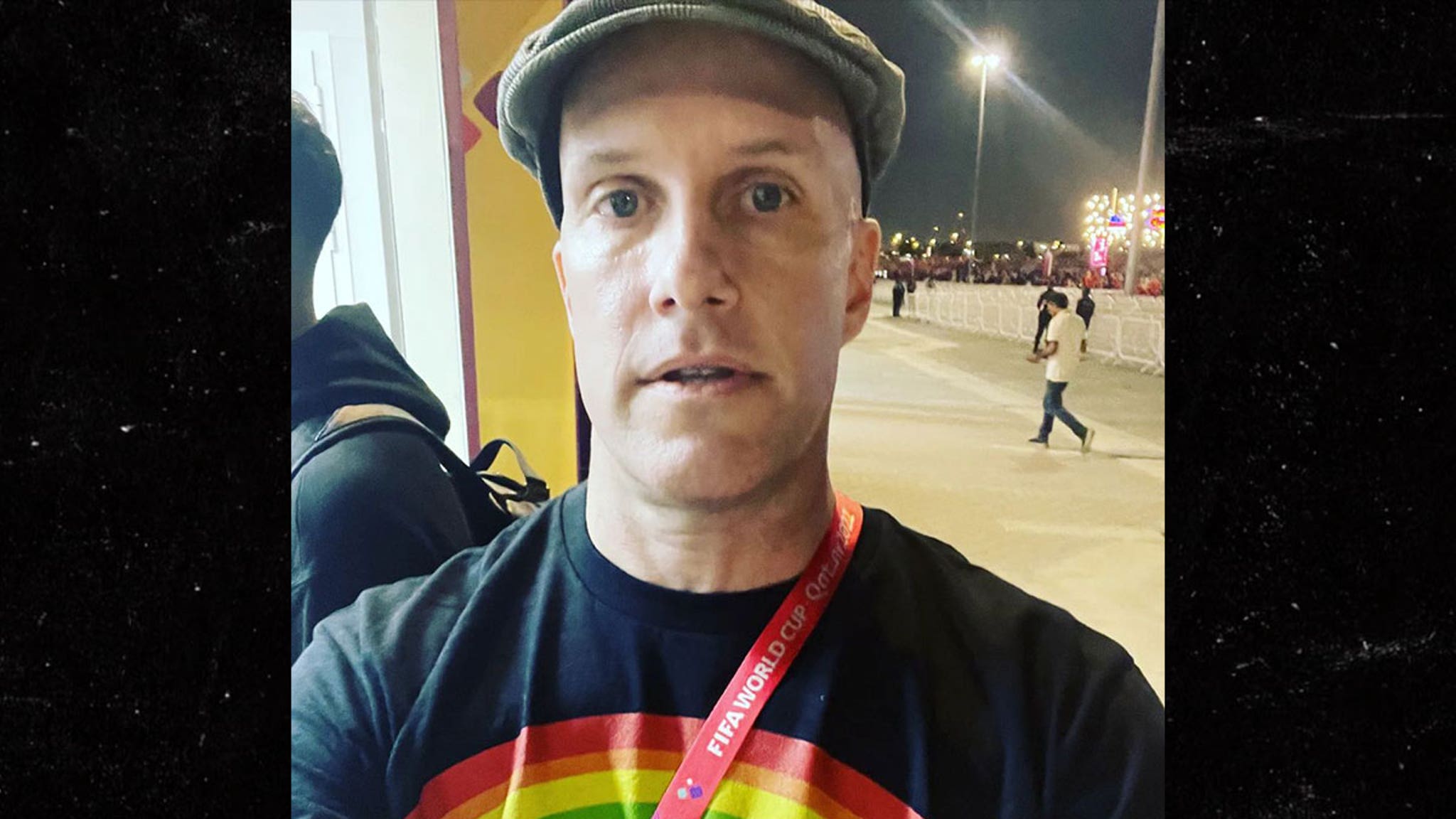 “First of all, my condolences go out to his family,” James said after the Laker game. “Very fond of Grant and having that camera shoot — me being a teenager and him covering that — it was a pretty cool thing, and he was always pretty cool to be around.”

“It’s a tragic loss,” he added. “It’s unfortunate to lose someone as great as he was. I wish his family the best and may he rest in paradise.”

7:53 PM PT — CBS News is reporting, citing sources familiar with the situation, that Grant Wahl suffered a heart attack at the stadium.

Wahl stated on a podcast Thursday that he had contracted bronchitis while covering the World Cup … which forced him to take several days off from reporting.

Wahl said he had visited the medical clinic several times due to being under the weather … but had been feeling better.

6:59 PM PT — Grant Wahl’s wife, Celine, just released a statement on his passing … saying, “I am so thankful for the support of my husband @GrantWahl’s soccer family & of so many friends who’ve reached out tonight.”

CBS Sports journalist Grant Wahl — one of the most respected soccer reporters in the country — died while covering the World Cup, his brother announced Friday. He was 49 years old.

Grant was in Qatar when he passed … and Eric Wahl believes foul play was involved, as he claims the reporter was receiving death threats over wearing a rainbow shirt in support of the LGBTQ+ community.

Eric says Grant had zero health issues … explaining in a heartbreaking Instagram video, “I do not believe my brother just died. I believe he was killed.”

As we previously reported, Wahl was detained for nearly 30 minutes after World Cup security on Nov. 21 … after he showed up to Ahmed bin Ali Stadium in Qatar for the United States’ first tournament game against Wales.

To show his support for the LGBTQ+ community in a country where homosexuality is illegal, he wore a shirt with a soccer ball and a rainbow pattern.

At the time, Eric praised his brother and denounced soccer’s governing body … saying, “Shame on @FIFA for losing all control over this corrupt World Cup.”

Grant was live-tweeting the Argentina vs. Netherlands game just hours ago … with his last post coming at 1:05 PM PT.

Eric says he spoke with Grant’s wife, Celine, who says he collapsed at the stadium and was given CPR before being Ubered to a hospital, where he died.

Eric added Celine has spoken to Ron Klain, President Joe Biden‘s chief of staff, as well as the White House.

U.S. Soccer released a statement on Wahl’s passing … saying, “The entire US Soccer family is heartbroken to learn that we have lost Grant Wahl.”

“Here in the United States, Grant’s passion for soccer and commitment to elevating its profile across our sporting landscape played a major role in helping to drive interest in and respect for our beautiful game.”

“As important, Grant’s belief in the power of the game to advance human rights was, and will remain, an inspiration to all.”